Proof of Existence of Allah 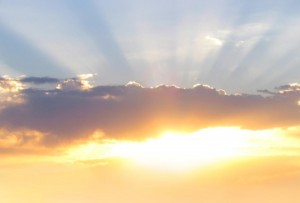 Rational and logical proofs of the attributes of Allah, exalted be He.

Theologians like to prove the attributes of Allah (SWT), using rational arguments and logical analogies. We see no harm in that approach because the mind is the repository of knowledge, and because sanity is a precondition for responsibility. This approach may help to remove any trace of confusion or falsehood from the mind of those who are confused or misguided.

However, the existence of Allah and affirming His attributes of absolute Perfection have become self-evident and hardly need any proof or argument. Only someone who is arrogant or with a diseased heart, would demand evidence for those self-evident truths. He may not even be satisfied with rational evidence. In spite of that, I am going to mention some general and specific rational proofs for the sake of completeness relating to what has been mentioned.

Our universe, which is so vast and intricate, points to the existence of its Creator, His greatness and Perfection.

You cannot give what you do not have. If the Creator of this universe were not characterized by Perfection, how then can His creatures have in them the traces of those attributes of perfection.

This has to do with the fact that the Creator is One and cannot possibly be more than one. This is because multiplicity of creators would be a cause of discord and chaos and one of them will have to be an overlord to the others since an essential quality of being God is to be majestic and great. Furthermore, if one of the Creators acted on his own, this would cancel out the divine attributes of the others, and if they joined together in action, this would do away with some of the attributes of each of them; and the annulment of the attributes of divinity contravenes its Majesty and Greatness. Thus there has to be One God and no other Lord.

These are examples of logical proofs of the existence of the Creator and His attributes. Whoever wants more proofs can refer to longer works. However, this matter is firmly established in the innate nature (fitrah) of pure souls and sound hearts.

A question which puzzles many people

It was narrated in a hadith by Abu Hurairah, may Allah be pleased with him, that the Prophet, peace and blessings of Allah be with him, said:

Some people will keep asking questions until they ask: ‘Allah created the creation but who created Allah?’ Whoever is asked this question, let him (simply) say ‘I believe in Allah’. (Narrated by Muslim)

Imam Mazrewy commented on this hadith and said that the Prophet seems to be enjoining Muslims to refrain from trying to respond to such questions about Allah. However, Imam Mazrewy explained, such questions are of two types: those which are not troubling the mind and did not arise because of some misconception. Those can simply be ignored. It seems that the above mentioned hadith is referring to this type of questions which are referred to as waswasah (whisperings of Satan). Since they are not persistently occurring to the mind, they can be set aside without consideration of evidence, because there is no benefit in dwelling on them. As to the persistent questions which arise as a result of some misconception, they can be tackled only with arguments and evidence. Allah knows best!

This question is wrong in the first place because we have been commanded by the Prophet, may the peace and blessing of Allah be with Him, not to ponder over the essence of Allah (SWT), because our weak minds are incapable of conceiving the true nature even of themselves. So how can they possibly understand the true nature of Allah (SWT). However, this question comes to the minds of some people and I would like to explain the answer to them through an example which, God willing, will satisfy their questions.

I would say the following:

If you place a book on your desk and then go out of the room and come back a short while later and find that the book which you had left on the desk had been removed and placed in the drawer, you would in this situation, be firmly convinced that someone must have put it in the drawer, this is because you know very well that among the attributes of this book is that it cannot move by itself. Remember this point and let us now move to the next point.

If there is someone sitting on a chair in your office, and you go out and come back and find him sitting on the carpet, for example, you would not ask about the reason for his movement, and you would not believe that someone moved him from his earlier position, because you know that among the attributes of this person is that he can move by himself and that he does not need anyone to move him. Now bear this second point in mind and listen to what I am going to say next.

Human beings came into existence at a certain point in time, and we know that they do not come into existence by themselves, but they must have a Creator. From that we conclude that their Creator is Allah (SWT). Now since perfect divinity presupposes that the deity does not need any other but is necessarily self-sufficient, we conclude that Allah (SWT) exists by Himself and does not need anyone to create Him.

If you place the first two points next to what I have just said, the answer will become clear to you. This is as far as the human mind can go. I ask Allah to protect us from error for He is indeed Kind and Merciful.

Now I would like to quote to you some statements of some European scholars which support the existence of Allah (SWT) and acknowledge His perfect attributes, and Allah alone I trust to help me succeed in my endeavor.

We have stated earlier that this belief is innate in sound hearts and firmly established in pure minds. It is almost a self-evident fact supported by the outcome of the exercise of the mind, generation after generation. This is why European cosmologists and others have believed in it even though they didn’t learn about it from a religion. I shall move on to quote some of their testimonies, not by way of proving the truth of our faith, but in order to help strengthen it within souls and to silence those who would like to relinquish faith and who are deceiving themselves.

– Descartes, the French philosopher, said ‘Even though I feel imperfection in myself, I feel at the same time there must be a Perfect Being and I find myself obliged to believe that this feeling was implanted in me by the Perfect Being which is characterized by all attributes of perfection, which is God.’

In this statement he is acknowledging his weakness and inadequacy and confirming his belief in the existence and perfection of Allah. He is acknowledging that his feelings and sensations are a gift from Allah and are part of the innate nature instilled in him by Allah:

– Isaac Newton, the well-known English physicist, who discovered the law of gravity said: ‘Don’t doubt the Creator, because it is inconceivable that accidents alone could be the controller of this universe.’

– Herschel, the English astronomer, said: ‘The more knowledge we have, the more irrefutable proofs we obtain for the existence of an Eternal Creator with infinite power. Geologists, mathematicians, astronomers and biologists have co-operated in setting up the edifice of science which is the edifice of God’s greatness.’

– Lenet was quoted by Camille Flamirion, the Frenchman, in his book titled ‘God in Nature’ as having said: ‘The wonders of God’s creation, the Everlasting, the Eternal, the Omniscient, the Omnipotent, have astounded me: what power, what wisdom, what creativity in His creatures, small or large. The benefits which we get from these creatures testify to the greatness of the Mercy of God who made them subservient to us. Their perfection and harmony points to His vast Wisdom. Their preservation from extinction and their renewal bear witness to His Majesty and Greatness.’

– Herbert Spencer, the English philosopher, said in this respect in his Essay on Education: ‘Doubtless, to the superstitions that pass under the name of religion, science is antagonistic; but not to the essential religion which superstitions merely hide. Doubtless, too, in much of the science that is prevalent, there is a pervading spirit of irreligion; but not in that true science which has passed beyond the superficial into the profound.

Devotion to science is a tacit worship – a tacit recognition of worth in the things studied; by implication in their Cause. It is not a mere lip-homage, but a homage expressed in actions – not a mere professed respect, but a respect proved by the sacrifice, thought, and labor.

Not by dogmatic assertion, does it teach the impossibility of comprehending the Ultimate Cause of things; but it leads us clearly to recognize this impossibility by bringing us in every direction to the boundaries we cannot cross. It realizes to us in a way which nothing else can, the insignificance of human intelligence in the face of that which transcends human intelligence.’

He then goes on to give examples to explain what he meant:

‘A scientist who sees a drop of water and knows that it is made up of oxygen and hydrogen in certain proportions, in such a way that if these proportions change, we would have something other than water, believes in the Greatness, the Power, the vast Wisdom and Knowledge of the Creator more strongly and firmly than a non-biologist who sees it only as a drop of water. Similarly, a scientist who looks at a hailstone under a microscope and sees the beauty of its design and the magnificence of its composition, no doubt feels the Beauty of the Creator and the His vast Wisdom more strongly than does someone who knows nothing about it more than that it is frozen rain.’

The statements of cosmologists in this regard are innumerable, and what we have mentioned should suffice. We have cited those statements so that our young people realize that their religion is from Allah (SWT) and that science can only strengthen and support their faith. Allah, the Exalted, says in the Qur’an:

Soon will We show them our Signs in the (furthest) regions (of the earth), and in their own souls, until it becomes manifest to them that this is the Truth. Is it not enough that thy Lord doth witness all things? (Fussilat 41:53)

Taken with slight modifications from the book titled: Al-`Aqa’id (The Islamic Creed): www.ummah.com

Hasan Al-Banna is a Muslim thinker, reformer and writer. He founded the Muslim Brotherhood in 1928. He was assassinated in 1949.

One thought on “Proof of Existence of Allah”