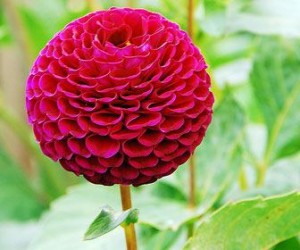 Many a Muslim, if asked, “Why are you a Muslim?” would not find a better answer than showing you an ID or a birth certificate which testifies to his Muslim identity which he inherited from his parents, the same way he inherited their title, property and wealth.

This leads us to a very crucial question that needs a thorough examination as well as careful consideration. Is religion inherited just as wealth, real estate and riches? This is a claim that has been disproved by the religious history of human communities. How many a nation changed its religious faith due to specific influences and conditions, especially from pagan to heavenly-revealed faiths? Moreover, the heavenly faiths were even propagated through many divine missions. The majority of people, as attested to by the history of mankind, moved from one divine mission to another, a fact that can be seen below.

With the coming of Prophet Musa (Moses) (PBUH), many people turned from paganism to Judaism.

With the advent of Prophet `Isa (Jesus) (PBUH), many of the pagans under the Byzantine Empire as well as the Jews of Egypt embraced what he advocated and called for because they saw in his mission and the message he brought with him love and tolerance in an unprecedented fashion.

As for the mission of Prophet Muhammad (PBUH), it dispelled paganism and polytheism from everywhere and it attracted the hearts of many of those who followed Prophet Musa and Prophet `Isa, and thus they turned to Islam with complete confidence that in doing so they would not forsake the noble values they knew in their past legislations.

The message of Islam challenges – using the power of persuasion and clarity of proof – those who adopt an inherited religiosity and follow the example of their parents and ancestors as far as their creed and devotions are concerned, just as they inherit their wealth and riches. It also challenges those who adopt religion due to being influenced by their surroundings, just as they adopt traditional norms and conventions. Truly, Islam was successful in doing this because inherited religiosity cannot withstand any logical argument or clear proof.

Were inheritance of religion the rule, all followers of every faith would remain faithful to the faith they received from their ancestors, and we would have never seen any nation or human community forsake their religion or abandon it for another. If such an inheritance were the case, we would not have seen the Arabs forsake the religion of their fathers and adopt the mission brought by Muhammad (PBUH) as they saw therein the hope which is always sought for by humanity to rid itself of slavery and the darkness of disbelief, and we would not have seen the Egyptians, who witnessed the coming of Muslims into Egypt 1400 years ago displaying the lofty principles of Islam and the high status it gives to man, leave Christianity and embrace Islam.

The argument that religion is inherited has been the pretext adopted by all those who were misguided throughout the history of man. No other argument has been used more to defy the message of the Muslims than this one, starting with Prophet Nuh (Noah) (PBUH) and ending with Prophet Muhammad (PBUH), as is illustrated in the Qur’an,

Nuh said: My Lord! Indeed, they have rebelled against me and followed instead those whose wealth and children have increased them only in loss of faith. Moreover, they have plotted an enormous plot of great evil. And they have said to the people: Do not ever leave your gods! Do not you ever leave Wadd, nor Suwa`, nor Yaguth, or Ya`uq, nor Nasr. Thus, truly, they have led many astray. Therefore, my Lord, do not give increase to the godless wrongdoers in anything but the punishment due for willful misguidance. (Nuh 71: 21-24)

Nuh was confronted by this false argument and he complained to Allah about the insistence of his people on following the wrongdoers and those who had gone astray from among their contemporaries, as well as their ancestors. In the same vein, the people of Hud held fast to this argument so as to defy his mission and try to frustrate him from continuing to preach it to them, as they said,

They said: It is the same to us if you give admonition or if you were never one so moved to admonish. This way of ours is nothing but the tradition of the noble ancients before us. (Al-Shu`ara’ 26: 136-137)

This means that they blocked their ears and refused to consider anything but their ‘blind’ imitation of their ancestors.

As for the people of Prophet Ibrahim (Abraham) (PBUH), they argued with him for a very long time regarding this issue, as is explained in the Qur’an,

Behold! He said to his own father and his people: What are these statues to which you are devoted? They said: We found our forefathers worshipping them! He said: Very truly, all of you –you and your forefathers- have been utterly lost in clear misguidance. (Al-Anbiya’ 21: 52-54)

They became tired of him when he accused their forefathers of straying from the right path, as is described in the Qur’an,

They said: Have you come to us with the word of truth, or are you of those who are merely jesting and playing? (Al-Anbiya’ 21: 55)

He then explained the issue to them in plain words and showed them that servitude should only be to Allah Alone, as stated in the Qur’an,

He said: No, indeed! Your Lord is the Lord of the heavens and the earth, the One Who alone originated them. And to this, I am one of those who bear witness. (Al-Anbiya’ 21: 56)

He concluded the issue by clearly declaring his outright enmity to their method of following the exact footsteps of their ancestors, in a dialogue which shows forbearance, enlightenment, and wisdom, as can be seen in the Qur’anic verses that read,

Moreover, recite the tidings of Ibrahim to those of them who disbelieves. Behold! He said to his father and his people: What is it that you worship? They said: We worship idols! And to them we remain ever devoted. He said: Do they hear you when you call upon them? Or do they benefit you or cause you harm? They said: No, but we found our forefathers doing the like of this. He said: Then do you see what you have been worshipping- you and your fathers of old? They are, indeed, an enemy to me. I worship none except the Lord of All the Worlds, the One who has created me. For He is the One who guides me. (Al-Shu`ara’ 26: 69-78)

Then the people of Quraish followed their misguided manner to defy the last mission of Prophet Muhammad (PBUH), as their only pretext in doing so was nothing but their insistence on following their forefathers. They saw guidance only in the view that one should follow the footsteps of their ancestors, even if the ancestors themselves had deviated from the right and straight path. This point is illustrated in Allah’s Sayings,

We have not heard of this claim occurring in the time of our forefathers of old. (Al-Mu’minun 23: 24),

We have not heard of any such thing in the ways of the last known religion. (Saad 38: 7), and

Accordingly, the straying decadent mind goes too far in defying the truth, basing his argument on a baseless feeble line of reasoning that cannot withstand the rational proof that stems from sound faith or sound reasoning. The Qur’an censures the fall of the human mind into the abyss of imitation as in such a case they avoid using any evidence or appropriate justification, as can be seen in the following verses,

When the disbelievers are admonished with this, and it is said to them: Follow what God has sent down! They say: Rather, we shall follow only that to which we found our forefathers adhering. Will they do so even if their forefathers did not understand anything about the truth of God, nor were they guided aright? This is the parable of those who disbelieve in the call of their messenger: It is like the case of a shepherd who hollers out to flocks that hear nothing but mere calls and cries. Deaf, dumb, and blind in heart – never shall they understand. (Al-Baqarah 2: 170-171)

Thus, it is now clear that one of the characteristics of going astray is to defy the truth by arguing that it contradicts and opposes the methods of the forefathers and ancestors.

Dr. Ali Al-Halawani is Teacher of Linguistics and Translation, Misr University for Science & Technology (MUST); Former Editor-in-Chief of the Electronic Da`wah Committee (EDC), Kuwait; Former Deputy Chief Editor and Managing Editor of the Living Shari`ah Department,www.islamOnline.net; Member of the International Union of Muslim Scholars (IUMS); and member of the World Association of Arab Translators Linguists (WATA). You can reach him at [email protected]