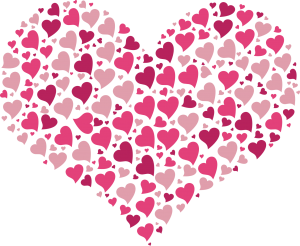 People who describe themselves as having no religious beliefs become ill more frequently and have shorter life spans.

According to research by David B. Larson, of the American National Health Research Center, and his team, comparisons of devout and non-religious Americans have given very surprising results. For instance, religious people suffer 60% less heart disease than those with little or no religious belief, the suicide rate among them is 100% lower, they suffer far lower levels of high blood pressure, and this ratio is 7:1 among smokers.1

It was reported in one study published in the International Journal of Psychiatry in Medicine, an important scientific source in the world of medicine, that people who describe themselves as having no religious beliefs become ill more frequently and have shorter life spans. According to the results of the research, those with no beliefs are twice as likely to suffer stomach-intestine diseases than believers, and their mortality rate from respiratory diseases is 66% times higher than that of believers.

Secular psychologists tend to refer to similar figures as “psychological effects.” This means that belief raises peoples’ spirits, and this contributes to health. This explanation may indeed be reasonable, but a more striking conclusion emerges when the subject is examined. Belief in Allah is much stronger than any other psychological influence. The wide-ranging research into the connection between religious belief and physical health carried out by Dr. Herbert Benson of the Harvard Medical Faculty has produced surprising conclusions in this area. Despite not being a believer himself, Dr. Benson has concluded that worship and belief in Allah have a more positive effect on human health than that observed in anything else. Benson states that he has concluded that no belief provides as much mental peace as belief in Allah.2

What is the reason for this connection between belief and the human soul and body? The conclusion reached by the secular researcher Benson is, in his own words, that the human body and mind are regulated to believe in Allah.3

This fact, which the world of medicine has slowly begun to appreciate, is a secret revealed in the Qur’an in these words:

The reason why those who believe in Allah, who pray to and trust in Him, are psychologically and physically healthier is that they behave in accordance with the purpose of their creation. Philosophies and systems which contradict human creation always lead to pain and unhappiness.

Modern medicine is now tending towards the realization of this truth. As Patrick Glynn put it: “[S]cientific research in psychology over the past twenty-five years has demonstrated that,… religious belief is one of the most consistent correlates of overall mental health and happiness.”4

One thought on “Effect of the Remembrance of Allah on Hearts”

Pingback: Effect of the Remembrance of Allah on Hearts -