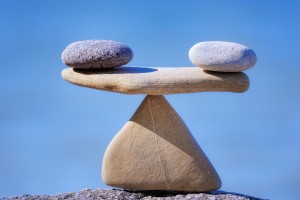 Justice is a concept of moral rightness based on ethics, rationality, law, natural law, religion, equity and fairness.

The famous slogan of the Jan. 25th Revolution (Egypt, 2011) was – and still is – `Iish, Hurriyyah, `Adalah Ijtima`iyyah (literally, Bread, Freedom, and Social Justice!) respectively. Similarly, people in Tunisia, Yemen and even those who constituted Occupy Wall Street in the USA (2011) were looking forward – in one way or another – to human dignity and social justice that they felt were not simply there. The concept of human dignity is much clearer than that of social justice which needs some clarification; a matter which represents the focal point of this article.

Islam has emphasized several principles so that relationships among members of the society may be justly and fairly organized. Foremost among these principles is social justice with all the denotations and connotations the term may involve. The aim behind social justice was to found a society that enjoys peace, fraternity, love, and welfare. Indeed, justice in Islam is not restricted to or practiced on Muslims only. Rather, it is the genuine right of all members of the society regardless of anything else.

Meaning and Significance of “Justice”

Justice is a concept of moral rightness based on ethics, rationality, law, natural law, religion, equity and fairness.[1]

In Islam, justice stands for placing things in their rightful place.[2] It stands also for giving others equal treatment with no discrimination whatsoever.

In his A Theory of Justice, Rawls claims that “Justice is the first virtue of social institutions, as truth is of systems of thought.”[3]

Perceptions of justice differ in every culture, as cultures are usually dependent on a shared history, mythology and/or religion. Each culture’s ethics create values which influence the notion of justice. Although there can be found some justice principles that are one and the same in all or most of the cultures, these are insufficient to create a unitary justice apprehension.[4]

Remarkably, Islam lays great emphasis on justice because it facilitates the establishment of social order that enables humans to develop their humane qualities, live in peace and harmony and make this world worth living. Peaceful life is possible only when we are just in our thinking and activities. Allah Almighty says in the Qur’an,

“Indeed! We sent Our messengers with clear signs and sent down with them the Book and Balance that people may uphold justice.” (Al-Hadid 57:25)

In Islam, justice is significant as it is one of the 99 Divine Attributes of Allah. Allah Almighty is the Ever-Just. Justice is one of the basic values the Ever-Glorious Qur’an underlines and mentions oft-repeatedly in a number of its ayahs. Allah Almighty enjoined Muslims to practice justice in all their affairs starting with being just in rulership and governance, giving testimonies, treating one’s family and spouse, and all people even foes and enemies. Allah Almighty says in the Qur’an,

“Allah doth command you to render back your Trusts to those to whom they are due; and when ye judge between people that ye judge with justice: verily how excellent is the teaching which He giveth you! For Allah is He Who heareth and seeth all things.” (An-Nisa’ 4:58)

“O you who believe! Stand out firmly for Allah and be just witnesses and let not the enmity and hatred of others make you avoid justice. Be just: that is nearer to piety, and fear Allah. Verily, Allah is Well-Acquainted with what you do.” (Al-Ma’idah 5:8)

Indeed, it is not enough for a real Muslim to do justice or act righteously in a neutral atmosphere; one is required to do justice to people who have a grudge against him or to whom he has an aversion. This is what the religion of Islam dictates his followers.

While the concept of social justice can be traced through Ancient and Renaissance philosophy, such as Socrates, Thomas Aquinas, Spinoza and Tom Paine, the term “social justice” only became used explicitly from the 1840s.[5]

To put it in Rawls’ words, “Social justice is the ability people have to realize their potential in the society where they live.”[6] It is generally used to refer to “a set of institutions which will enable people to lead a fulfilling life and be active contributors to their community.”[7]

In other words, social justice means to give every individual what he/she deserves; to distribute all benefits in society to individuals in a fair way; to supply or provide for the basic needs of human beings in a way that preserves their dignity and honor; and to guarantee equality of opportunities which means that every individual has an equal chance to climb up the social ladder.

Social Justice as viewed by the UN

The United Nations’ 2006 document Social Justice in an Open World: The Role of the United Nations, states that “Social justice may be broadly understood as the fair and compassionate distribution of the fruits of economic growth…”[8]

The same document reports, “From the comprehensive global perspective shaped by the United Nations Charter and the Universal Declaration of Human Rights, neglect of the pursuit of social justice in all its dimensions translates into de facto acceptance of a future marred by violence, repression and chaos.”[9]

The report concludes, “Social justice is not possible without strong and coherent redistributive policies conceived and implemented by public agencies.”[10]

However, the same UN document offers a concise history:

“[T]he notion of social justice is relatively new. None of history’s great philosophers—not Plato or Aristotle, or Confucius or Averroes, or even Rousseau or Kant—saw the need to consider justice or the redress of injustices from a social perspective. The concept first surfaced in Western thought and political language in the wake of the industrial revolution and the parallel development of the socialist doctrine. It emerged as an expression of protest against what was perceived as the capitalist exploitation of labour and as a focal point for the development of measures to improve the human condition. It was born as a revolutionary slogan embodying the ideals of progress and fraternity. Following the revolutions that shook Europe in the mid-1800s, social justice became a rallying cry for progressive thinkers and political activists…. By the mid-twentieth century, the concept of social justice had become central to the ideologies and programmes of virtually all the leftist and centrist political parties around the world…”[11]

It is apparent that the above UN account intentionally confuses the concept of social justice with the term itself. It has been mentioned earlier that the concept of social justice was there many years before it took a linguistic term to denote it. This is one thing. The other important thing is that the report mentioned Plato, Aristotle and Averroes (Ibn Rushd) among the philosophers who did not pay attention to that conception, a matter which needs further verification and it will be given a few remarks in the following lines.

As is mentioned above, Islam laid down foundations to regulate relationships among all individuals of the society and foremost among these bases is social justice. This social justice of Islam has become a prime example and role model to be emulated in the Muslim state after it had been just a mere long awaited hope. The chief concern of Islam is the human being, the creature that is honored by Allah Almighty irrespective of faith, race or color.

Hence, the Shari`ah with which Prophet Muhammad (peace and blessings be upon him) was sent is the real date of birth of justice as there has been no social justice or anything like it in any society or civilization before the advent of Islam.

To prove this, let us take a look at the concept as well as practice of social justice in the ancient known cultures and civilizations.

Different conceptions of justice according to ancient Western philosophy were centered upon the individual. Plato wrote in The Republic that it would be an ideal state that “every member of the community must be assigned to the class for which he finds himself best fitted.”[12] Aristotle believed rights existed only between free people. He regarded certain classes of individuals as natural slaves.[13]

Indeed, slavery continued to be widespread in Rome and Greece, and throughout the then entire world until Islam came and endeavored to abolish it in a remarkable gradual way. Reflecting the same Western perception, The Letter to the Ephesians attributed to Paul[14] states that everyone should be bound to do his duty in the class where they were born. These concepts of justice tend to reflect the rigid class systems that swept the world then when slavery and subjugation of women was typical.

“On the other hand, for the privileged groups, strong concepts of fairness and the community existed. Socrates is attributed developing the idea of a social contract, whereby people ought to follow the rules of a society, and accept its burdens, because they have lived to accept its benefits.[15] During the Middle Ages, religious scholars particularly, such as Thomas Aquinas continued discussion of justice in various ways, but ultimately connected to being a good citizen for the purpose of serving God.”[16]

To see how these Western conceptions of justice were practiced on the ground, let us take a look at some of the most influential civilizations of the time:

In the Greek civilization, for example, the society was divided into masters who constituted the minority that dwelled in Athens and Sparta[17] and who were entitled to all known rights on the one hand. On the other hand, there were the slaves who formed the majority of the population with no rights at all, even the right to life.

In the Roman civilization, mostly the whole world was colonized and thus enslaved by the Romans who constituted a small portion of the population of Rome.

The matter did not differ too much in both ancient Chinese and Indian civilizations. As in India, “While legally outlawed, the caste system “remains”[18] strong in practice, with social and employment opportunities strongly governed by one’s caste of birth.”[19] Imagine that this is the case of India in today’s modern and civilized world, can anyone imagine what was really taking place on the ground several centuries ago?!

Nevertheless, the Pharaonic civilization in Ancient Egypt exceeded all limits in terms of oppression and injustice as the Pharaoh was considered the worshiped god who can do whatever he likes with his subjects without any sort of accountability or questioning.

In the next part, we will examine the concept of social justice in Islam and its applications.

[17] Sparta: A city-state of ancient Greece in the southeast Peloponnesus. Settled by Dorian Greeks, it was noted for its militarism and reached the height of its power in the sixth century B.C. (The American Heritage Dictionary of the English Language).