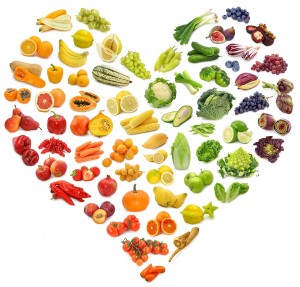 Whereas the concept of hygiene in the West is a recent concept that probably goes back a few hundred years; in Islam, its roots go back 1,400 years.

The Sunnah (the collection of Prophet Muhammad’s deeds and sayings) occupies an important place in the thought of Dr. Yusuf Al-Qaradawi, who is indeed regarded by both his followers and many of his opponents as a major figure in the contemporary Muslim thought.

In the broader scheme of Islamic legislation, the Sunnah is well-acknowledged as the second source of legislation after the holy Qur’an. It comes second in value and importance. Over the past few years, there has been a number of voices calling for undermining the importance of the Sunnah and relying basically on the Qur’an. While undoubtedly the Qur’an is the central pillar in Islamic legislation, efforts to belittle the Sunnah should be confronted because after all, it is considered the most important source after the Qur’an, explaining many of its verses.

What follows is a review of Al-Qaradawi’s chapter on “Islamic Concept of Hygiene As Seen by the Sunnah” from his book “The Sunnah: A Source of Knowledge and Civilization.” The chapter was separately translated from Arabic into English by Al-Falah Foundation and was published as an independent short book in 1997.

The introduction highlights the role of the Sunnah as the second main source of legislation which is strongly illustrated by the Qur’an itself:

“And whatsoever the Messenger gives you, take it, and whatsoever he forbids, abstain from it.” (Al-Hashr 59:7)

It also notes the role of the Sunnah as it provides a practical way to implement the teachings of Islam (both belief and practice). The Sunnah also instructs Muslims to lead their daily lives according to Islam, even in the most minute details. It is indispensable to guide Muslims and indeed the rest of humankind to a proper way of life. Allah Almighty says about Prophet Muhammad with regard to his value to his people,

“There has come to you a messenger, (one) of yourselves, unto whom aught that you are overburdened is grievous, full of concern for you, for the believers full of pity, merciful.” (At-Tawbah 9:128)

Thus, the Sunnah covers all the aspects of the lives of Muslims, as it is taken to be a comprehensive way of life. One of those aspects that so far has not received due attention is the area of hygiene and health principles as seen by the Sunnah.

Whereas the concept of hygiene in the West is a recent concept that probably goes back a few hundred years; in Islam, its roots go back 1,400 years.

Moreover, hygiene and cleanliness in Islam are not merely concepts, but more importantly acts of worship. Prayers in Islam cannot be performed without wudu’ (ablution). If a Muslim is junub (had a sexual intercourse or discharge), he or she can neither pray nor read Qur’an before performing ghusl (ritual cleansing of the entire body).

The book in question, Islamic Concept of Hygiene As Seen by the Sunnah, engulfs all aspects of hygienic behavior in the life of Muslims. It displays several traditions that urge cleanliness and healthy living on the individual and the collective levels. Such directives include combating pollution, playing sports, and refraining from using drugs and intoxicants.

The book does not address Muslims exclusively. In fact, in the same manner that Islam reaches out to humanity in its totality, this book tries to extend the message of Islam to everybody in universal terms. So far, there is not any religion or culture in which hygiene is not discussed so extensively.

The book opens with an overview of hygiene in the Sunnah, stressing that the Sunnah has considerably cared about humankind’s hygiene as well as its psychological well-being. Towards this end, the Sunnah came with much information and ideas that “are looked upon as a precious treasure valued by all who genuinely care about man’s welfare” (Al-Qaradawi 5).

The first instruction that Al-Qaradawi deducts from the Sunnah is to cherish health and truly realize its value as a blessing from Allah Almighty. Allah says in the holy Qur’an,

“And when your Lord proclaimed, “If you give thanks, I will give you more; but if you are thankless, lo! My punishment is dire.” (Ibrahim 14:7)

“There are two blessings in which many people incur loss: health and free time.”

From what is mentioned above, Al-Qaradawi concludes that the “way to thank Allah for the gift of health would be to preserve it in accordance with Allah’s rules” (Al-Qaradawi 6).

The author quotes Imam Ahmed in his Musnad, who reported on the authority of Abu Bakr who said,

The first of many ways to maintain overall health is through personal bodily cleanliness. Al-Qaradawi asserts that Islam’s attitude towards cleanliness is unmatched by any other faith because cleanliness in Islam is an act of worship that draws people closer to Allah. Moreover, it is a religious obligation (Al-Qaradawi 9).

The renowned scholar draws our attention to a very important point: All books of fiqh (Islamic jurisprudence) start with a chapter entitled taharah (purification). This is the first branch of fiqh that Muslim men and women start to study (Qaradawi 9). Dr. Al-Qaradawi then cites a well-known rule for Muslims: No Muslim could pray if he or she is not purified from minor impurity (Al Hadath Al Asghar) by partial ablution or from major impurity (Al Hadath Al Akbar) by complete ablution or ghusl.

The partial ablution, wudu’, is sometimes repeated several times a day. It is not complete unless the parts of the body more susceptible to dirt are washed, such as the face, the nostrils, the mouth, the feet, the head, and the ears. Allah Almighty describes wudu’ in the holy Qur’an as follows

“O you who believe, when you rise up for prayer, wash your faces and your hands up to the elbows, and [lightly] rub your heads and (wash) your feet up to the ankles. And if ye are junub, purify yourselves. And if you are sick or on a journey, or one of you cometh from the place of relieving himself, or you have had contact with women and ye find no water, then go to clean, high ground and rub your faces and your hands with some of it. Allah would not place a burden on you, but He would purify you and would perfect His grace upon you, that you may give thanks.” (Al-Ma’idah 5:6)

Every Muslim man and woman knows that prayer without ablution will not be valid.

In addition to the cleanliness of the body as a pre-condition for Allah’s acceptance of prayers, the surroundings have to be equally clean. The clothes, the ground, and the prayer rug have all to be clean. The holy Qur’an states,

The Sunnah emphatically supports this verse as Prophet Muhammad (peace and blessings of Allah be upon him) said, “Purification is half of faith” (Muslim)

The Prophet (peace and blessings of Allah be upon him) was very keen to emphasize personal hygiene and bathing as he said,

“It is the right [of Allah] upon every Muslim that he should take a bath (at least) once every seven days, washing his head and body.” (Al-Bukhari and Muslim).

Prophet Muhammad (peace and blessings of Allah be upon him) was specially concerned with the hygiene of the mouth and teeth. He was reported saying,

“The siwak (a small piece of wood from a particular tree used for cleansing teeth) is a means of cleansing the mouth and pleasing the Lord” (Ahmad).

Moreover, our beloved Messenger urged people to clean their houses and the town’s roads (Al-Qaradawi 13).

Taken with slight editorial modifications from Al-Qaradawi, Yusuf. Islamic Concept of Hygiene As Seen by the Sunnah. Cairo: Al-Falah Foundation for Translation, Publishing and Distribution, 1997.