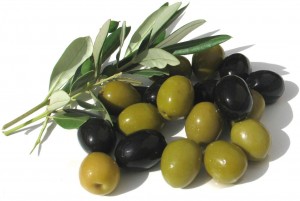 The Olive as a Source of Good Health

“Allah is the Light of the heavens and the earth. The metaphor of His Light is that of a niche in which is a lamp, the lamp inside a glass, the glass like a brilliant star, lit from a blessed tree, an olive, neither of the East nor of the west, its oil all but giving off light even if no fire touches it. Light upon Light. Allah guides to His Light whoever He wills and Allah makes metaphors for mankind and Allah has knowledge of all things.” (An-Nur 24:35)

The expression “mubarakatin zaytoonatin” in the above verse describes the olive as being “plentiful, sacred, auspicious, providing countless blessings.” Olive oil, referred to in the term “zaytuha,” is known as one of the most highly recommended types of oil by all experts, especially for coronary and arterial health. Its health benefits may be summarized as follows:

Benefits for Coronary and Arterial Health:

Most of the fatty acids in olives and olive oil are mono-unsaturated. Mono-unsaturated fatty acids do not contain cholesterol. Therefore, olive oil does not raise cholesterol levels but instead keeps them under control. Olive oil also contains omega-6 linoleic acid (EFA: essential fatty acid), which is essential for the human body. Due to this feature, health-related bodies (such as The World Health Organization) recommend that at least 30% of the fatty acid consumed in societies in which hardened artery and diabetes levels are high should consist of omega-6. This increases the importance of the olive still further.1

“And by it He makes crops grow for you and olives and dates and grapes and fruit of every kind. There is certainly a Sign in that for people who reflect.” (An-Nahl 16:11)

Studies in this area have revealed much lower LDL (bad cholesterol) and higher antioxidant levels in people who consume 25 millilitres (about two dessertspoonfuls) of natural olive oil a day for one week.2 Antioxidants are important as they neutralize the harmful substances in the body known as free radicals and prevent cell damage. It has also been established in a great many studies that the consumption of olive oil reduces cholesterol levels and prevents heart disease.3

In addition, olive oil does not disrupt the proportion of omega-6 to that of omega-3. It is very important that omega-3 and omega-6 be present in the body at specific levels because any imbalance in these proportions can lead to progression in many diseases, especially those of the heart and immune system and cancer.5 For all these reasons, many people enjoy good health thanks to olive oil. The American Heart Association suggests that in order to reduce the risk of heart disease high mono-unsaturated fats can be an alternative to a 30% reduced-fat diet.6

One study, published by The Archives of Internal Medicine, showed that women who consume high levels of mono-unsaturated fat have a lower risk of developing breast cancer.7 Another study by scientists at the University at Buffalo, The State University of New York demonstrated that b-sitosterol, a fat found in vegetable oils such as olive oil, helps prevent the formation of prostate cancer cells. The researchers concluded that b-sitosterol strengthens the internal communication system of the cell that issues the command for the cells to divide and that cancer can thus be prevented before cell division reaches an uncontrollable level.

A recent study by doctors at the University of Oxford has shown that olive oil has a protective effect against intestinal cancer. The doctors discovered that olive oil enters into a reaction with stomach acid in order to prevent intestinal cancer from beginning. At the same time, the University of Oxford researchers also established that olive oil reduces the level of bile and raises that of DAO (the enzyme diamine oxidase), thus protecting against abnormal cell growth and cancer.8

According to researchers’ reports, people who consume large quantities of olive oil and cooked vegetables can have a reduced risk of rheumatic arthritis, a chronic inflammatory disease of the joints.

The vitamins E, A, D and K contained in olive oil are particularly important from the point of view of assisting bone development in adults and children, and in strengthening the bones by fixing calcium. It is also recommended for the elderly as it is easily digested and through its minerals, it assists with the use of vitamins in the body. It also prevents calcium loss by stimulating bone mineralisation.9 Bones are the organism’s mineral structure storehouses and an absence of mineral accumulation in the bones can lead to serious complications such as bone softening. Olive oil has a most beneficial effect on the skeleton in this regard.

Since the vitamins contained in olive oil have a cell renewing effect they are also employed in the treatment of the elderly, as well as nourishing and protecting the skin. As foodstuffs are transformed into energy in our bodies, certain substances known as oxidants are formed. With the high levels of antioxidants it contains, olive oil prevents damage by harmful substances, renews our cells and delays aging in the tissues and organs. Olive oil is also rich in vitamin E, which suppresses the free radicals that destroy the cells in our bodies and cause aging.

Due to the linoleic acid (omega-6 fatty acid) contained in olives and olive oil, these are a most healthy food for newborn babies and growing children. A deficiency in linoleic acid leads to the emergence of a retardation of development in babyhood and various skin disorders.

Olive oil contains anti-oxidant elements that prevent the destructive effects of harmful substances in our bodies, and fatty acids of great importance to human health. These support the hormones and assist in cell membrane formation.

Olive oil possesses a balanced polyunsaturated compound at a similar level to that in human milk. Olive oil is a sufficient source of these fatty acids, which cannot be obtained from the human body but which are of the most essential importance to it. These factors make olive oil very important for newborn babies.

Since it contributes to the natural development of the baby’s brain and nervous system before and after birth, olive oil is the only oil recommended for mothers by experts. As well as containing similar levels of linoleic acid to those of mother’s milk, when olive oil is added to fatless cow’s milk, it becomes as natural a food source as mother’s milk itself.