After a Long Search … I Found God 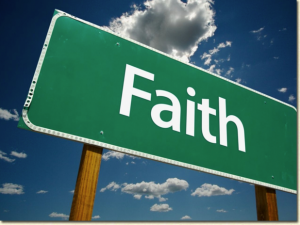 I was brought up in Yorkshire, UK. I’m the eldest daughter of three.

When I was a girl of about 12, I discovered “religion”. I had a profound belief in God, but only really being exposed to “mainstream” Christianity, that’s all I really understood…

I sincerely wanted to follow God, so I began going to church. My father was furious that I had become religious, and beat me up for wanting to attend church.

My mother then suffered a brain hemorrhage at the young age of 37. She lingered, in the hospital, paralyzed, and unable to speak, for two and a half years before she died.

My mother’s traumatic illness was just another blow to my father, and only served to reinforce his belief that God did not exist saying: “There’s no God of love! If there were a Loving God, as you believe, your mother would not have suffered so!” It wasn’t an easy time, at all, for us to see my mother so ill.  However, I believe that, because God is a merciful God, my mother’s suffering was cut short. It was only two-and-a-half years. She could have lingered for decades. It seemed like forever, in human terms, but to God, the eternal, it was as a twinkling of an eye.

Despite my father’s objections, I continued to attend church till thirty-plus years. However, despite my longing to follow God, I felt something was still missing. The pieces of the jigsaw were not quite fitting together properly, so to speak. Things did not totally make sense, and it troubled me.

The church’s preacher, in his sermons, kept decrying Islam, saying “Oh, Islam is evil! It’s a false religion! God is nothing but an idol, a moon god!”

He asserted that Allah of the Muslim was not concerned with mankind… “He (Allah) does not love humankind. The Muslim is terrified, and makes his five daily prayers out of sheer fear! ”

I puzzled over these statements, for the longest time. I thought “how can this be so? How can God, who created us, who wrote for us the time of our first breath, and the time of our last, not love humankind? How can He be like the images we have of the Greek gods, capricious, petulant, ready to throw lightning-bolt javelins down at the puny humans, for entertainment?”

I had made friends with some Muslim neighbors who were lovely people. I resolved to ask them about the faith. I thought “It’s better I should ask them, and get the information directly.”

I asked my Muslim neighbors: “Please, would you tell me…  What do Muslims believe? What does the Quran say?”

We sat together, in their cozy, welcoming home, and started a dialogue. Little did I know that, later, I would find myself embracing the faith of Islam… The intent of my initial inquiry was an interest in gaining knowledge of Islam, to better understand what my Muslim friends believed.

Within the discussions, they asked me, “What do you believe?”

I replied “I believe that there is only one God, and that only He is worthy of worship.  I believe it is He who created us.”

“I believe that there will be a Day of Judgment, where we will stand before Him, and answer to Him for our deeds and our misdeeds.”

“I believe He sent the Prophets, and the Holy Scriptures, and that He created the angels.”

As the dialogue continued, my friends said: “Do you realize, the simplicity of your beliefs is more in alignment with Islam?”

Sadly, my husband was not happy about my interest in Islam, and, unfortunately, we divorced.

I had thought and thought, about the history of the monotheistic faiths, (Judaism, Christianity and Islam) when listening to the minister at church, who had been declaring that Islam was false.

I thought to myself, How can it be that Islam is false when the Torah, and the Gospels all state quite clearly, that Abraham (peace be upon him) was a friend of God… he was the first to recognize that in an age of idol worship, that God was One  – The unique, creator God, the only God.

How could Abraham have taken one son to his knee, and taught him Monotheism, truth, faith… and the other son polytheism, falsehood, disbelief?

Both sons would have been taught “Tawhid” (monotheism) at their father’s knee. Abraham was a Prophet of God, and he is described in the Torah and the Gospels as being “A friend of God”.

I thought about Jesus (peace be upon him) and how he would have been brought up as a practicing, observant Jew, for whom his daily prayers would have started “Shema, Yisrael!” “Hear, O Israel! The Lord thy God is one!” (New International Version, Mark 12: 29 )

His faith, like Islam, quite clearly forbade the sin of associating others with God, the Almighty. Jesus would have strongly refuted the idea of God having associates:  He was the Lord, the one who begets not, nor is begotten, the one who has no need of wives or children.

I discussed with my neighbors the concept of the “fear” of God, and understood from our discussions that the Islamic “fear of Allah” is the same as the Christian concept of “Fear the Lord: the fear of the Lord is the beginning of wisdom”. (New International Version, Psalm 111:10)

Fear is being a reverent-awe of God, a loving respect, and a desire to please Him, rather than the cowering, craven terror, as it had been represented to me.

The more I learned, the more I desired to learn. The Jigsaw pieces began to fall into place.

As well as my discussions with the friends, I started going along to the local New Muslim Project (NMP), where I was befriended by a group of beautiful revert sisters, who were also hungry for the knowledge of Islam.

I started living “Islamically”, including wearing the Hijab, toward the end of 2007.

In August 2008, I made my Shahadah (testimony of faith) officially, in front of the NMP sisters. I spoke the words

“Ash-shadu ana la illah ilallah, wa ashadu ana Muhammadun rasool-Allah!” (I testify that there is no God but Allah, and that Muhammad is His Prophet.)

I was finally a Muslim!

It’s not been 100% plain sailing, having embraced Islam. I have been on the receiving end of some very nasty and spiteful comments about my conversion.

I have been told “You have betrayed your white British race, and your religion, by becoming a Muslim!” “You converted because your husband demanded you do so!”

I also chose to wear Hijab, myself. No one demanded it of me. It was my choice to put it on, to respect myself, and to fear God.

I have struggled with my health, too. I am an insulin-dependent diabetic, and a couple of years ago, I collapsed with a bad heart.

I was taken into hospital, as an emergency, where I was diagnosed with a condition called ‘Heart Block’. It meant that my heart was not beating regularly enough, or often enough to keep the oxygen going to my brain, and I was passing out.

I was told by the doctors that I would need pacemaker surgery to save my life. I had the surgery a few days later. The surgeons who operated on me were Muslim, and I know that God guided the surgeons’ hands.

God got me through this, and, Subhanallah, He preserved my life. I’m still here, still breathing, and still able to praise Him.

I am grateful to God that He gave me an inquiring mind, and that it was His will that I would seek the truth about Him. I’m thankful to Him that I learnt about Islam, and that I embraced Islam as my religion.