From Atheism in a Hindu Environment to Deism, to Her Marriage with a Devout Christian 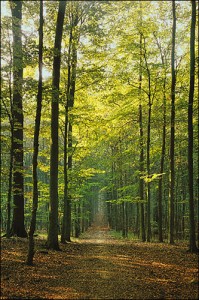 Nothing makes Truth stand out more clearly than Falsehood! I embraced Islam 6 months after I arrived in the US, thanks to my encounter with Christianity!

I was born in India and grew up among people who worshipped many gods and goddesses – the Hindus. At every street and corner in India, you will find temples housing idols of wood, stone, ivory, even gold and silver.

I do not come from a Hindu family. My parents do not believe in God. They are atheists.

They taught me there was no such thing as God. As a child, I believed whatever my parents told me. I looked up to them and believed they knew everything. I thought they were perfect. As I grew older however, I realized that my parents did not know everything. They were certainly not perfect. And they made mistakes.

At some point, several questions about life began to arise in my mind. I’m sure these questions arise in the minds of most people at some time or other:

What is the meaning and purpose of life? Why is man faced with the predicament to choose between good and evil? Why do people die? What happens after death?

My parents did not have the answers to these questions.

I began to think independently and eventually, after deep contemplation and reflection I came to the conclusion that God did exist! In fact, God was the only reality!

There is order and perfection in nature which cannot possibly be the result of chance.

It was obvious to me that there was only one Creator. There could not be more than one since that would cause a division or split in power and consequently result in chaos and disorder. Isn’t there a saying that goes, “Too many cooks spoil the broth”?

So, I began to believe in God. I also believed in accountability for my actions. Our actions are the only things we can control. Nothing else besides that lies in our power.

Since God created us with the freedom to choose between right and wrong, it was evident to me that it mattered a lot what I chose to do or how I chose to act. Deep down inside I knew that one day I would have to give an account for all my deeds. God has all power, and He has the ability to reward and to punish. So I greatly feared God.

I believed in God, but I did not have a religion. I used to think it didn’t matter what religion a person belonged to as long as that person was good. Now, there is something seriously wrong with that kind of thinking. Anyway, I had no understanding then, and all I cared about was finding a God-fearing man to be my husband. Being a monotheist, I was willing to marry a Christian, a Muslim or a Bahai.

I met my husband under the most peculiar circumstances. He was a Christian. And he was from America. We had known each other for only three days. But he proposed to me. I thought he was very honest and had his heart full of the fear of God. We got married. Two weeks later, he had to go back to the US. He couldn’t take me with him. It was a year and a half before I got my visa to go to the US.

America is very different from India. It took me a while to adjust to the American lifestyle. My husband was a very devout Christian. He was a member of the Worldwide Church of God. He read the Bible regularly, frequently, almost fanatically! He used to observe the Sabbath and attended the Seventh Day Adventist Church. I went to church with him several times. I also read the Bible and found a lot of things in there that supported what I believed about God. I liked the proverb “The fear of God is the beginning of wisdom”. I met many nice people at church. I even made some very good friends. I was particularly attached to an elderly couple. I was pretty happy with the way things were going… until I went to California to visit my in-laws.

It was when I was travelling in the metro train, on my way to Los Angeles, that some people entered the train and passed slips of paper to the passengers. I looked at the piece of paper in my hand and read it with utter disbelief. I have carefully preserved that piece of paper. This is what it said: What must I do to be saved?