Thoughts about Original Sin Lead to a Visit to the Library 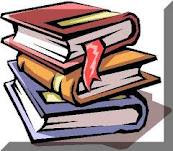 In India, with its many temples, I knew people were worshipping falsehood. Hinduism, with its many gods and goddesses never made any sense to me. I always used to wonder how the Hindus knew what their gods and goddesses looked like. In America, I discovered the situation was more or less the same. The only difference was, at every street and corner, you did not find a temple; you found a church! Christianity as it is practiced in America didn’t make sense to me either! People drew pictures of Jesus as if they knew what he looked like. I’m sure the real Jesus never looked a bit the way they depict him!

I confronted my husband with my questions about Christian beliefs. He had no answers. I also asked my Christian friends. They did give me some answers, but their answers were so preposterous that I soon gave up asking them! Want to know what they told me? Frankly, I’m just dying to tell you about it!

This is what they had to say: “No evil or sin can stand before a Perfect God. Even what to us is just the tiniest of wrong is totally intolerable to His perfection. All it takes is one sinful act. Look at Adam and Eve. They committed only one act, and a very small one at that, but that act allowed sin to enter this world. They knew that the consequences of that one act was death, but God made a promise to them that there was a way they could be redeemed from those consequences. It is that promise that the prophets wrote about.

It is that promise and its fulfillment that is the underlining theme throughout the rest of the Bible. The message is that not only were the Jewish leaders who crucified Christ evil, but so were David, Lot and the others. That also includes you and me. Even the smallest evil makes us deserving of death. Just as there was nothing Adam and Eve could do to undo what they had done, there is nothing we can do to undo the evil we have done. But the same promise God made to Adam and Eve He makes to us. He only asks us to accept that promise.”

How could anyone believe in such a theory!? But that is precisely what my good Christian “friends” believed. According to them, all evil, all sin is the same in the eyes of God. So the penalty for a man who steals a loaf of bread is the same as the penalty for a man who goes out and murders ten people! What kind of justice is that?! I’m thankful the law and order system in America does not treat all crime with the death penalty! Is justice here on earth better than God’s justice?

And what utter rubbish to even think that we are all deserving of death for the small sins that we commit and that we can be saved simply by believing that God died for our sins!

Whether we believe or we don’t believe, it still doesn’t save us from Death, does it?!

If we commit a sin, it is not because of Adam and Eve! We commit a sin when we choose to do wrong or evil of our own free will. We alone are responsible for our actions.

For the mistake I make, nobody else can be held accountable. That would simply not be justice! Therefore, even if somebody were to come up to me and say he or she was willing to take the burden of my sin, I would not agree to it! Since it is I who committed the sin, it is I alone who must face the consequences of that act! It just does not make sense that we should consciously make mistakes and commit sins and all kinds of crimes and put the whole burden on somebody who is totally innocent. There is no law and order system in this world where Tom commits a murder and instead of Tom, Dick is hanged for it! If such a thing were to be done, this whole world would be upside down!

I went to the library and began to look for answers. I began to study Islam, the other monotheistic religion. I read the Qur’an. I didn’t need to look any further. I found the answers to all my questions there!

The Qur’an is very clear in its message:

2. That He is eternal and does not die.

3. That He does not beget nor is He begotten.

5. That every soul will have to give account for its deeds on the Day of Judgment.

6. That no bearer of burdens can bear the burden of another.

7. That Jesus was one of the Messengers of God.

8. That those who believed in the Truth and did good will be rewarded with paradise.

9. That those who disbelieved and rejected the Truth will be flung into Hellfire.

10. That there is no other god but Allah. He is the Lord of all the Worlds, the Creator, the All Knowing, the All Hearing.