After Deciding to Accept Islam, Ologunde Faces One of the Hardest Decisions in Life, Her Husband or Islam 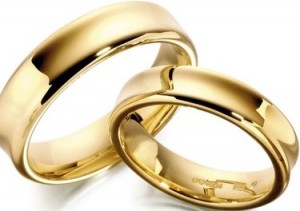 All the questions I had about Christian beliefs were answered. I learnt the following things from the Qur’an:

1. Jesus was not God. Neither was he son of God.

2. He was not crucified.

4. There is no such thing as the trinity.

5. All of the above is blasphemy.

There is not a single statement in the Qur’an that does not make sense. In fact, I found all answers to other questions about life and death in the Qur’an. The Qur’an is the Word of Allah. There is no doubt about it. I investigated the source of the Qur’an. I studied the life of Prophet Muhammad (may the mercy and blessings of God be upon him). I was moved to tears reading his story.

There is no place for blind faith in Islam. God asks us to use our powers of reasoning and common sense to arrive at the Truth.

I had found the Truth. The only thing I needed to do was embrace Islam by declaring that there was no god but God (Allah), and Muhammad was the Messenger of Allah.

I could think of nothing else. I talked to my husband about Islam. We argued almost every day about religion. My husband held even more closely to the Bible, telling me that he could not deny Christ. He didn’t take me seriously at all. He told me I could believe whatever I wanted. He had no objection if I wanted to embrace Islam.

However, there was a problem. I discovered that if I were to embrace Islam by saying the Shahadah (the Muslim declaration of faith), my marriage to my husband would automatically be dissolved. A Muslim woman is not permitted to marry a non-Muslim or disbeliever. In Islam, a woman must obey her husband. The husband is the head of the house and the leader. So, if the husband is a Christian, how can a Muslim woman obey him?! Islam cannot occupy a secondary position in the house. Truth, not Falsehood must have the upper hand!

I had to make a choice. Either I embraced Islam (the Truth), or I continued to live with my husband like a Christian. I loved my husband dearly. I had left my country to come and live with him, and he mattered to me more than anything else in the whole world. However, I could not live with falsehood. I knew it would be very difficult for me to practice Islam in such circumstances. So, I made up my mind to leave my husband.

It broke my heart to think about leaving him. I cried non-stop. But I was firm on my decision. I had no idea what was going to happen after I left him. I left it all in Allah’s Hands. I told my husband about what I was going to do. It was only when he heard what I said, that he began to take me seriously. He decided to investigate Islam. He asked me to give him some time to learn about this new religion.

At that time, the first thought in my husband’s head was that he did not want to lose me. He probably thought I was nuts then. But he continued to study and read about Islam. All his life, he had been a Christian and whatever Islam taught was very new and strange to him.

On the 6th of October, 2000, I and my husband both embraced Islam. However, my husband still did not understand a lot of things. He didn’t know what was going on in his life, and probably thought his whole life had turned upside down. He embraced Islam because he didn’t want to lose me. He did read the Qur’an sometimes, but he read his Bible more. I didn’t care what he did. I was happy that I didn’t have to leave my husband, and was confident that Allah would guide him eventually.

All praises are due to Allah! My husband was in the Navy, and he had to go out to sea for 6 months. During this time, he got the opportunity to read the Qur’an from the first page to the last. He e-mailed me one day, and told me that he had been doing nothing but reading the Qur’an. He simply could not put it down! Finally, he told me that he was convinced it was the Word of God. He was now overcome with a great desire to make a declaration of his faith. When his ship reached Australia, he immediately went to the nearest mosque and told the brothers there that he wanted to say the Shahadah. The brothers told him he had already said the Shahadah with me, so he had no need to do it again. My husband then explained to them that at that time, he had no understanding.

He did it for me. This time, he wanted to do it for himself. I shed tears of joy when he wrote to me and told me he said the Shahadah there in that mosque in Australia.

Of all the billions of people in this world, we are indeed thankful and utterly grateful that Allah chose to guide us to the Truth. It is the greatest honor anyone can have.

All praise is due to Allah, Lord of all that exists!