Al-Bayruni: The Multitalented Scientist and Linguist 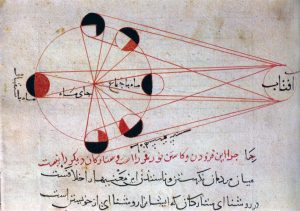 For this purpose, our hero became one of the early polyglot scientists of Islam, having learned Greek, Syriac, and Sanskrit, besides Arabic and Persian.

The judge Al-Nisaburi reported: “I visited Abu Rayhan Muhammad (Al-Bayruni) when he was on his death-bed. He said to me: ‘One day you asked me about such and such an issue.’ I replied: ‘Do you want me to explain it when you are in such a condition?’ He replied: ‘Tell me, is it not better that I depart this world with knowledge of this issue than die while ignorant of it?’ I, therefore, explained the subject and he, in turn, taught me things that he had previously promised to explain. I had scarcely left him when I heard cries from his house announcing his passing away.”

This article sums up for us the personality of this great scientist, whose objective in this life was seeking knowledge. He was, in fact, an embodiment of the saying of the Prophet Muhammad (peace be upon him):”Seeking (Islamic) knowledge is obligatory upon every Muslim.”

Little wonder then that Al-Bayruni contributed so much to the world of knowledge. We are told that a simple listing of his written works covered more than sixty pages. A well-known orientalist said of him: “Abu Rayhan Muhammad Al-Bayruni was called ‘Al-Ustadh‘ (lit. ‘The master’). He was a Muslim physician, astronomer, mathematician, physicist, geographer, and historian, and is perhaps the most prominent figure in the phalanx of those universally learned Muslim scholars who characterize the Golden Age of Islamic Science…” (Max Meyerhoff, Legacy of Islam, 332).

Al-Bayruni was born in Khawarizm (a part of modern Uzbekistan) in 362 A.H. He studied Islamic Law and Arabic, besides Persian, and delved into many different sources and branches of knowledge, contributing generously to all of them.

Being a true scientist, Al-Bayruni was of the view that regardless of the subject being studied, one should:

(1) utilize every available related source, in its original form, (2) subject any externally obtained information to objective scrutiny, and (3) be empirical, i.e., investigate the subject through direct observation and experimentation. For this purpose, our hero became one of the early polyglot scientists of Islam, having learned Greek, Syriac, and Sanskrit, besides Arabic and Persian. He used his knowledge of these languages very effectively to further his own knowledge, as well as that of mankind, in numerous fields of investigation. The contributions of Al-Bayruni can be observed in astronomy, mathematics, geology, geography, physics, and history.

In astronomy, Al-Bayruni discovered seven distinct methods of finding the direction of the North and the South and constructed mathematical techniques to determine the exact time of the commencement of the seasons. He also wrote about eclipses and the movement of the sun, as well as inventing certain instruments and tools to help astronomical studies.

In mathematics, Al-Bayruni was a pioneer in the study of angles and trigonometry, which is in addition to his major contributions to geometry.

Al-Bayruni also contributed generously to geology and geography through his studies on the determination of the circumference of the earth, geological eruptions, and metallurgy, in addition to the measurement of longitudes and latitudes and methods of determining distances between relative locations. Cartography and ethnography also greatly benefited from Al-Bayruni’s genius.

As for history, we are told by Meyerhoff that: “His (i.e., Al-Bayruni’s) Chronology of Ancient Nations and Indian Studies are well known and widely available, due to him also contributing to the world of translation.” In fact, through his meticulous geographical and historical investigations, he also contributed to the field of comparative religion.

In physics, he discovered the specific atomic weights of eighteen elements, compounds, and mixtures, including many metals and stones.

What makes Al-Bayruni of special interest to students of Islam and Islamic history is that he was an example of a true Muslim scientist whose Islamic guidance assisted his scientific investigations, and whose scientific discoveries strengthened his belief in his religion. In this regard, he once said: “My experience in the study of astronomy and geometry and my experiments in physics revealed to me that there must be a Great Planner of Unlimited Power. My discoveries in Astronomy showed that there are fantastic intricacies in the universe, which prove that there is a creative system and a meticulous control that cannot be explained by sheer physical and material causes.”

Our hero lived in the company of many rulers, including Mahmud Al-Ghaznawi, who was the Muslim liberator of the Indian Subcontinent, as well as his son Mas`ud but he never considered knowledge or its quest a means to fame, authority or material gains. We are told that when Al-Bayruni finished his encyclopedic work entitled Al-Qanun Al-Mas`udi (lit. ‘The Mas`udi Canon’), Sultan Mas`ud sent him three camel-loads of silver coins. Al-Bayruni politely returned the royal gift saying: “I serve knowledge for the sake of knowledge, and not for money.” With this mentality and dedication, and with these immense contributions in so many diverse fields, our hero truly earned the title of ‘Al-Ustadh’, or the Master or Teacher par excellence, and his era was termed by some historians as ‘The Age of Al-Bayruni.’ He died in 440 A.H.