The History of Female Genital Cutting (FGC) and its Types 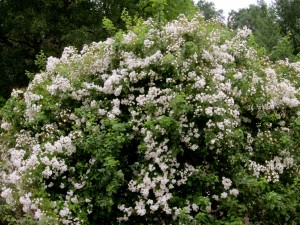 Female genital cutting is “term used to refer to any practice which includes the removal or the alteration of the female genitalia.”

A common phenomenon which has been regretfully associated almost exclusively with Islam is the various forms of female genital cutting, or FGC.[1] Although many of those who are involved in this act attribute to the religion of Islam, the majority of the forms of FGC present in the world today which are acts truly abominable, acts of which the religion of Islam is innocent. In no way does Islam condone these actions, and they should be looked at something purely culture and not Islamic. Amnesty International asserts, “FGC [female genital cutting] predates Islam and is not practiced by the majority of Muslims, but has acquired a religious dimension.”[2] The Female Genital Cutting Education and Networking Project states, “…it is not an Islamic practice. FGC is a cross-cultural and cross-religious ritual. In Africa and the Middle East, it is performed by Muslims, Coptic Christians, members of various indigenous groups, Protestants, and Catholics, to name a few.”[3] One sect of Jews, the Falashas, also circumcise both sexes.[4] We will first look into the various types of FGC, and then examine why various cultures implemented these techniques upon their female constituencies.

Female genital cutting is “term used to refer to any practice which includes the removal or the alteration of the female genitalia.”[5] There are three basic types of FGC[6]:

Type I: This is the mildest form of FGC, which includes removing or splitting the prepuce (foreskin or ‘hood’) which covers the clitoris of females, thus exposing the glans. This may be couple with partial or total excision of the clitoris. This is known as clitoridotomy (slang: hoodectomy). According to the United Nations Population Fund, this form is comparable to male circumcision.[7] This is sometimes also called “sunna circumcision” due to the fact that it is this type which is performed commonly by those Muslims who believe it to be legislated in Islam.

Type II: In this type, known as clitoridectomy, the clitoris and labia minora is partially or totally removed.

Type III: This is one of the most extreme forms of FGC, involving the total excision of the clitoris, both the labia minora and majora, and the joining of the two sides of the vulva across the vagina, sewn with thread or secured with other items, until it heals joining together. Only a small, pencil-size hole is left to allow passage of menstrual blood and urine. This is known as infibulation or Pharaonic Circumcision, in reference to its origins.

Various forms of FGC is practiced throughout the world, but it is most common in sub-Saharan Africa, in a band stretching East from Senegal to Somalia, as shown on the map. It also exists in the Middle East, North and South America, Indonesia and Malaysia. Type III is almost exclusive to Somalia, Sudan and southern Egypt, along with some areas in Mali and Nigeria.

We find that in some societies, such as Somalia, Eritrea , and Ethiopia, almost all women undergo type III of FGC. Reasons range from regarding the woman as unclean if the clitoris is not completely removed, to ensuring that women remain chaste until marriage. This is practice is an age old custom in these societies, and members fear to leave it out of fear of chastisement. Women may not be able to get married, or even be accused of committing fornication. Families may also loose their honor if this tradition is not kept with.

In the U.S. an organization known as the Orificial Surgery Society was formed, publishing journals mentioning the various benefits of clitoridectomy, even for things as trivial as headaches.

Until recently the clitoris was seen as un unclean thing. Even Sigmund Freud, one of the founders of modern psychology, stated in one of his books Sexuality and the Psychology of Love, the “elimination of clitoral sexuality is a necessary precondition for the development of femininity.”

Today in the west, many adults choose to undergo clitoridotomy, as some doctors[12] and others[13] advocate clitoridotomy, claiming that it increases sexual pleasure. They state that over-sized clitoral hood may impede in the stimulation of the clitoris. Some websites, such as Circlist, BMEzine, and geocities, even have testimonials of people who underwent the process, as well as medical reports promoting the practice. They show that the majority of women reported increased sexual pleasure after the procedure (87.5% in Rathmann’s 1959 study[14] and 75% in Knowles’).

[1] Some opponents of this practice use the term Female Genital Mutilation, or FGM, but the term FGC is being used more commonly these days in order to avoid stirring social sensitivities.

2 thoughts on “Female Circumcision in Islam (1/2)”