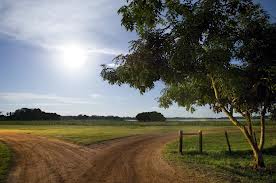 You should not abuse anything on the face of the earth.

The following article is based on Friday khutbah delivered by Sheikh Ahmad Kutty on April 20, 2007 / Rabi` Thani 3, 1428, at Islamic Center of Canada, Toronto, Ontario.

My dear brothers and sisters, before I begin, I praise the Almighty Allah, Who created the heavens and earth and alternated the days and nights in order for us to reflect on the meaning of His creation. Allah has created everything in truth and with truth. The creation of Allah is perfect and it is perfectible. Allah says,

So let us praise the Lord Who is All-Wise, All-Knowing, All-Powerful, and All-Merciful.

Everything out there, from the smallest microbe to the gigantic galaxies, every single creation of Allah, manifests His deep wisdom and knowledge and glorifies Him. So let Allah be praised — let Allah be glorified in a manner that befits His glory and perfection. Let us always realize that Allah is the Possessor of all perfection. He possesses the attributes of glory and power as well as all the attributes of beauty, grace, and mercy.

Today, as part of this wider society, we are Canadians, and as Muslims we have a duty to be part of the good work that is done here. Of course, we criticize some aspects of this society and we must do so because this is our duty as Muslims and it is our duty as citizens of this country. Because I became a citizen and you became a citizen, and nobody forced it on you; when you did that you accepted the responsibility of fulfilling your duty to move this society forward to the ideals of good, justice, and fairness for all our citizens.

Today, this country is observing the Earth Day. Allah in His wonderful Book (the Qur’an) has revealed to us the proper way, the wisdom, and the proper attitude that we should have in order to maintain harmony and balance. Allah tells us in the Qur’an,

“There is not an animal in the earth, nor a flying creature flying on two wings, but they are communities like unto you; We have neglected nothing in the Book. Then unto their Lord they will be gathered.” (Al-An`am 6:38)

Allah has not missed anything that is important or needed for guidance and for a meaningful existence. Allah did not miss anything of the wisdom that is required for us for guidance. All of them are communities like you and all of you will be gathered before the Lord, the Creator. 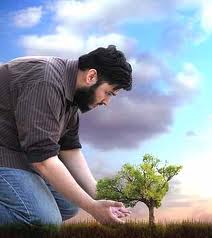 So today as citizens of this country and as Muslims, I want you this time to reflect on the environmental ethics in Islam — a very, very important topic. This is actually a topic for a course, and I wish our Islamic centers and mosques would sponsor a course like that and we will be able to teach it in many sessions. Islam has the teachings of our Lord about environmental ethics — which we are wasting — in the way that reflects Islam. Today, Muslim communities and Muslim countries are lacking in this aspect.

In our law, in our book, Allah connects the revelation and nature and harmonizes them. This is an important topic that you and I must reflect on, because everyone is to save this planet which Allah has created. Allah’s creation is perfect. Allah says,

The Messenger of Allah said that we, the believers, should be handling everything with ultimate mercy.

Today, unfortunately, because of what we have been doing to this planet, due to our reckless behavior, it is impaired. Therefore we have a responsibility to act as Muslims. In order to understand Islamic ethics we have to know that Islam is based on the paradigm of tawhid (i.e., the Oneness) and this concept has many dimensions, but at the root of this concept is that those creatures are all linked together in unity. Everything out there is created, sustained, and cherished by the same God Who created you, the same God who revealed the book. So the Author of the Qur’an, the Creator of human beings, and the Creator of nature and of everything around us is the same. This is what the Messenger of Allah used to say when he came out looking at the moon; he said, “My Lord and your Lord is Allah.” He is expressing that affinity so that we realize that everything out there is connected with us. We are not strangers among strangers; we are friends among friends.

Also, the Messenger of Allah said that we, the believers, should be handling everything with ultimate mercy, when he said to his companions, “There is an act of rewarded charity in every act of kindness that you do any living being on the earth.” So the creation is interdependent; all of the creatures here are interdependent.

The Messenger of Allah taught us a wonderful hadith, “All of the earth has been made to me as, like, a mosque.” So Islam teaches us the whole earth is made like a mosque. What did he want to tell us? He meant that this is a sacred place, a holy place, so you should not act in a disrespectful way toward it. You should not abuse anything on the face of the earth.

Moreover, we are told that all of them, every single creature out there, glorify Allah. Once, the Prophet was going for an expedition (an expedition is actually a war). This shows what kind of war the Prophet waged. He came across an ant and he told his Companions an interesting story. A prophet in the past was bit by an ant; in a fit of anger, this prophet ordered that the entire ants be burned. Allah revealed to him that because one ant bit him, he is burning down an entire community that glorifies Allah. Reflect on the meaning of this statement of the Prophet.