Prophet Muhammad & The Power of Giving 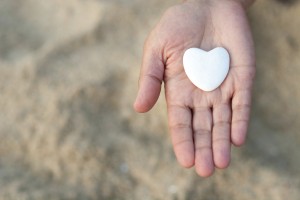 The Prophet viewed material wealth as petty. It did not deserve to be given much thought.

After the Prophet and the Muslims achieved victory over the Hawazin at the Battle of Hunayn, most of the Hawazin soldiers went to Ta’if, where they joined the Thaqif in their forts and where a battle erupted between the two sides soon appeared to be resolved in the Muslims’ favor.

As the battle of Hunayn resulted in huge gains of camels, sheep and silver for the Muslims, all these spoils of war, reported to be 24,000 camels and 40,000 sheep in addition to 4,000 ounces of silver, were now at Al-Ji’irranah where the Prophet sent earlier to divide them himself, as is custody in Islam.

When the Prophet reached Al-Ji`irranah, he was soon joined there by a delegation from the Hawazin; many of them were now Muslims, appealing to him to release their women and children the Muslim army takes as captives. According to the general rules and traditions of the time, they would have been enslaved. The Prophet did not like that at all.

Thus, disliking slavery in the first place and keen that the Hawazin should be an asset to Islam and they should not have any cause for complaint against the Muslims as well, the Prophet explained to the Muslims that the Hawazin had repented of their previous attitude and had become Muslims. He also said to the Hawazin people: “My own share and the share of the clan of Abd Al-Muttalib are yours.”

The Muhajirin and the Ansar said: “Our shares belong to God’s Messenger”, the same attitude expressed by many chief tribes.

Besides, even to those who refused to give up their shares in the captive women and children from the Hawazin, he announced: “He of you who wants to hold to his right will be given instead of what he has now six shares of the first spoils of war we gain”, a rich compensation they all felt fairly content with.

Thus, all the women and children from the Hawazin, numbered 6,000, were freed and returned to their people. That gesture went a long way to reconcile the Hawazin and encouraged them in their new determination to be Muslims.

The release of the Hawazin captives, however, made many of the Muslims, especially among those who belonged to Bedouin tribes or had only recently embraced Islam, fear that the wealth of the Hawazin might yet be returned to them. Some of them came to the Prophet and asked him insistently to divide the spoils of war. The Prophet had certain ideas about the division of the property. One has to remember that only a few weeks earlier, Makkah had fallen to the Muslims. Although many Makkans had adopted Islam, it was not to be expected that 20 years of hostility would be replaced by love and compassion overnight.

Hence, he felt that the wealth he had gained at Hunayn provided him with a chance to help this process of removing the traces of former hostility.

Abu Sufyan ibn Harb, the Makkan chief who had led the Quraysh for several years in its attempts to suppress Islam and had accepted Islam only recently, came to the Prophet when all that silver was put in front of him. Abu Sufyan looked at it and said: “Messenger of God, you have become the richest among the Quraysh.” The Prophet smiled. Abu Sufyan continued: “Give me some of this, Messenger of God.” The Prophet turned to Bilal who quite often acted as his treasurer and said: “Bilal, weigh 40 ounces of silver for Abu Sufyan and give him 100 camels.” Abu Sufyan was gratified, but wanted to gain more. He said to the Prophet: “What about my son, Yazid?” The Prophet said to Bilal: “Weigh for Yazid 40 ounces of silver and give him 100 camels.”

Abu Sufyan then said: “And my son Mu`awiyah, Messenger of God.” The Prophet again told Bilal to give him the same.

Overwhelmed, Abu Sufyan said to the Prophet: “You are indeed very generous. May my parents be sacrificed for your sake. I fought you and you were the most honorable of foes, and I have made peace with you and you have proved to be the best of friends. May God reward you with His best blessings.”

The Prophet also gave a number of other people 100 camels each as those who were given large gifts were recent converts, or dignitaries who had not yet become Muslims.

He was also reported to have given Safwan ibn Umayyah 100 camels. Indeed, he gave him 300 camels in three successive installments.

He looked at him and saw him looking at a piece of land where some cattle and sheep were kept. The Prophet asked him:

“Do you like this piece of land, Abu Wahb?”

The Prophet said: “It is yours, with all that is in it.”

Safwan said: “Kings do not make such gifts willingly. No one can give so generously except a Prophet. I declare that there is no deity other than God, and that you are God’s Messenger.”

Worth reflecting on the Prophet’s description of those large gifts he made to those dignitaries of the Quraysh and other Arabian tribes, is that a camel represented wealth to the Arabs at that time. Compared with today, a camel was much more valuable than a luxury motor car.

The word was soon heard all over the place that Muhammad, peace be upon him, was giving large gifts to tribal chiefs. People from every tribe and clan raced to take their share. Everyone wanted something special for himself. Besides, it is a Divine rule that any spoils of war which are gained by Muslims are divided into two sections: one-fifth belongs to the state and the remainder is shared out among the soldiers.

What this division of the spoils of war meant was that those who were yesterday’s enemies, and those who were absolutely useless in the initial stage of the Battle of Hunayn, fleeing in front of the Hawazin, were given the largest shares. The Prophet viewed material wealth as petty. It did not deserve to be given much thought. Yet it was important to gain such people for Islam if Islam was to be established firmly in the rest of Arabia. They must not remain shaky.

The Prophet realized that many people are won over to the camp of truth only through material gain. They did not belong to that class of the Muhajirin and the Ansar, who believed in the cause of Islam and were always ready to defend it with their lives. Such people needed encouragement and a feeling that they would not lose materially if they were to join the camp of Islam. How else would a man like Abu Sufyan, who until yesterday was a sworn enemy of Islam, be genuinely reconciled to its message and be expected to defend it, if he was not reassured that what he had lost in position he had recovered in wealth?

This division of the spoils of war was meant to gain for the cause of Islam people of influence and high position in order to ensure that Islam did not remain confined to Madinah or to the elite in Arabia, namely the Muhajirin and the Ansar. It was an exercise in winning hearts.

Safwan ibn Umayyah remarked later on: “God’s Messenger was the most hateful person to me, but he continued to give me of the spoils of the Battle of Hunayn until he was dearer to me than any creature on the face of the earth.”

If giving such gifts meant such a transformation of feelings and passions, then it was indeed done for a good purpose. A person like Safwan ibn Umayyah, with his influence among his people, was an important gain for Islam. To buy his genuine loyalty was certainly cheap at the price.

More importantly, it should be remembered that those gifts were made in public; there were no secret deals. It was, therefore, inevitable that they would give rise to different reactions from different people. What was obvious was that no one among the Ansar, be he a chief or an ordinary member of his clan, was given any special gift. Such an omission could not have been the result of forgetfulness on the part of the Prophet.

This article is excerpted from Adil Salahi’s Muhammad: Man and Prophet, published by the Islamic Foundation. It is republished here with kind permission and with slight editorial changes.