Responding to Hostility with Good Manners 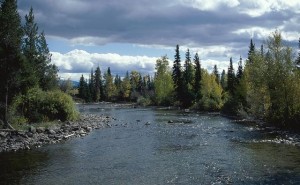 Everyone is faced with hostility at some point or another. The reasons vary, whether it has to do with your identity as a Muslim or a secular shortcoming that others perceive.

As an American convert to Islam I have faced the worst kind of hostility at times, which was in regards to my choice of Islam as my religion.

I grew up in a family that was Christian, but I never really saw anyone practicing the religion.

My mother took me to church maybe once or twice that I can recall. And the only contact I had with the Bible was when I was doing chores. It was basically a religious “prop” and kept on the coffee table to gather dust.

You Are Going Straight to Hell!

So when I announced to my mother that I was embracing the Islamic faith almost 16 years ago, her reaction was shocking given that she had never been particularly religious my whole life. Her gaze of disbelief and anger were the worse. And her bitter declarations of: “You are going straight to Hell!”, “All Muslims are evil!” and “You better leave that religion before it is too late!” came in a close second. I have also faced similar reactions from other family members and even close friends.

Through it all, I have found that meeting hostility with good manners is the best means of discourse.

By definition, hostility is “Hostile behavior; unfriendliness or opposition.” Hostility is either verbal or physical. Someone who makes rude or incendiary remarks is engaging in verbal hostility. This type of hostility can easily spiral out of control if you respond with anger or similarly offensive remarks. Physical hostility is when someone invades your space and touches any part of your body, such as pushing your chest or grabbing your arm. Again, this type of hostility can easily morph into a dangerous altercation especially if your response is to also get physical.

When looking for ways to combat hostility, one has to look no further than the Sunnah of Muhammad, peace be upon him. By the grace of Allah, Exalted is He, Muslims have been given the perfect example of grace under fire. Allah Almighty says in Qur’an:

Indeed in the Messenger of Allah (Muhammad) you have a good example to follow.(Al-Ahzab 33:21)

Our beloved Prophet was tormented consistently when he declared his Prophethood to his community and for several years to come after that. His detractors called him a “mad man” and abused him whenever the opportunity presented itself. They put animal feces in his cooking pots, threw garbage on him, and even put the entrails of a camel on his head while he was prostrating during prayer. And who could forget the attack on our beloved Prophet in Taif when his shins were beaten so severely that his sandals filled up with blood?

Each and every time, regardless of the harm inflicted, the Prophet responded to the hostility with good manners and even made du`a’ for his abusers. The Prophet Muhammad once said:

“I have only been sent to perfect good manners.” (Al-Bukhari)

And in another hadith we find that he was so keen to have good manners that he prayed for them:

“O Allah, You have made my outward form beautiful so make my attitude good too.” (Narrated by Ibn Hibban)

When faced with hostility there are several ways to not only rise above the situation but also to calm it to avoid a physical altercation that will assuredly cause more harm than good.

When someone is hostile towards you, anger is a natural response. However, just because you have been provoked gives you no excuse to react in a hostile manner. There is great wisdom in controlling anger, as succumbing to it can lead to a host of negative scenarios that are difficult to extricate yourself from. The Prophet (peace be upon him) said:

Be Mindful of Body Language

You may not be uttering a word, but your body is doing all the talking. When faced with hostility, you might cross your arms as a defensive mechanism to somewhat close yourself off from the situation. This sends the message to the antagonist that you don’t care about what he is saying, which may infuriate him even more. Rolling your eyes or making faces must also be avoided as it can further escalate the anger. Instead, put on a neutral facial expression and keep your arms comfortably at your side.

Whether the source of the hostility is a misunderstanding in the work place or is solely based on the fact that you are a Muslim, make sound arguments filled with facts to defend yourself from the negative onslaught. When speaking, use a neutral tone of voice devoid of emotion. Shouting or screaming will not allow your voice to be heard and will ignite the hostility further.

When all else fails, one of the most noble and smart things you can do is to simply walk away. There is no point in arguing with someone who is behaving irrationally and has the potential of inflicting harm either verbally or physically. Walking away removes your physical self from the situation. In an ideal situation this would be enough to bring an end to the hostility.

However, in reality, the aggressor may follow you as you try to make an exit or even physically assault you. In this event, you have an absolute right to protect yourself from harm. The Prophet said:

As with all matters in life, we must turn to Allah, exalted is He, in sincere prayer and supplication, or du`a’, to relieve the distress and bring comfort by His leave. The Islamic prayer brings a sense of peace during even the most difficult of times. Seek the council of Allah Almighty and open your heart to release troubles or worries. Remain steadfast with your prayers and du`a’s in the hopes of relief and reward in this life as well as the Hereafter. Allah Almighty says in the Qur’an:

Invoke your Lord with humility and in secret. He likes not the aggressors. (Al-A’raf 7:55)

Never doubt the power of the Islamic prayer and sincere du`a’s in alleviating even the most stressful situations.

One thought on “Responding to Hostility with Good Manners”