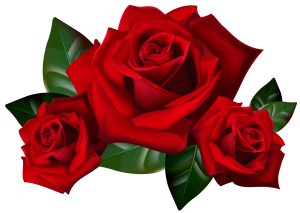 Was the price she paid worth it?

The first female martyr of Islam was a black slave in pre-Islamic Arabia. As we explore her story, one can’t help but wonder: What attracted her to Islam? How did she gather the indomitable courage to defy the norm and embrace change? Was the price she paid worth it?

What drove Sumayyah to choose Islam?

In many ways, it was the worst of times, a period of barbarism, darkness, and ignorance. As Safiur-Rahman Al-Mubarakpuri mentions in The Sealed Nectar, women in pre-Islamic Arabia were subjugated, oppressed and degraded. They were treated as transferable property, a source of pleasure and service to menfolk. They had very little control over their marriages and could not inherit. Female infanticide was rife and practiced in almost all socio-economic tiers of Pre-Islamic Arabia. And, slave women faced the worst treatment; they were particularly vulnerable because they were completely at the mercy of their masters.

An insight into the social situation of Pre-Islamic Arabia reveals a similarly chaotic and senseless pattern. Allegiance and loyalty to tribes were so deep that brothers stood by each other even if one was an oppressor. Greed for leadership weakened inter-tribal relations and fueled wars. Superstitions and barbaric customs were central and revered. Anyone who opposed them would face dire conditions. The average person never dared to challenge decisions made by the ruthless chieftains.

Amid this period of ignorance and subjugation, Sumayyah mustered the courage to enter the fold of Islam. When we examine the Quranic and prophetic stance with respect to equality of humans and treatment of women, it is easy to understand that they motivated her and infused her with strength and bravery to take such a bold step.

Equality of humans in Islam

The Quran firstly establishes that all humans are equal in front of God in the following verse: “To whoever, male or female, does good deeds and has faith, We shall give a good life and reward them according to the best of their actions.” (16:97) In addition, God further emphasizes that the only discerning characteristic between humans is their righteousness: “In God’s eyes, the most honored of you are the ones most mindful of Him: God is all knowing, all aware.”

Prophet Muhammad, peace be upon him, also made this clear. In his last sermon, he publicly declared, “O People! Your God is one; your father is one; no preference of an Arab over a non-Arab nor of a non-Arab over an Arab or red over black or black over red except for the most righteous. Verily, the most honored of you is the most righteous.” In another famous tradition, Prophet Muhammad, peace be upon him, said, “The most complete of the believers in faith is the one with the best character. And the best of you are those who are best to their women.”

In short, Islam places great focus on individual accountability based on one’s actions irrespective of race, social status or gender. When this ideology was introduced in the mayhem of Mecca, we can imagine the sort of relief it may have brought to someone like Sumayyah, to know that there is an alternate belief system, one which gives her a respectable place in society irrespective of her social standing. And then, it’s not hard to believe why she would want to adopt this new creed, one which gave her hope for a better, more just world.

Alas, Sumayyah and her family became victims of the cruel status quo. Sumayyah, her husband Yasir and their son, Ammar, were some of the earliest converts to Islam. When Prophet Muhammad, peace be upon him, began publicly preaching, the new Muslims who did not have tribal protection were subjected to the greatest cruelties by the ruling Meccans. They were the easiest targets in the ruling class’s bid to pressure them to leave their new faith and to return to their old ways.

Sumayyah, Yasir, and Ammar were savagely tortured by an influential chieftain, Abu Jahl – but they refused to give up their religion. Prophet Muhammad, peace be upon him, was himself an orphan and underwent harassment while preaching in Mecca – his uncle supported him out of tribal loyalty which prevented the Meccan elite from harming him. When he would see Sumayyah, Yasir, and Ammar being subjected to oppression, he would say, “Patience, o family of Yasir, for you are destined for Paradise.” Sumayyah died while being persecuted and became the first female martyr in Islam.

Although Sumayyah did not survive to see the Muslim community grow and thrive, her strength, courage, and faith in a period of complete darkness and ignorance show that Islam presented hope and salvation to the weakest members of society. Sumayyah chose to believe in the One God and faced the consequences of this belief in a pagan society – her powerful character continues to inspire Muslims around the world even today.