The Story of the Qur’an 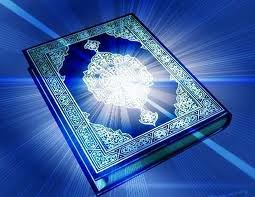 The human mind “can operate only on the basis of perceptions previously experienced by that very mind, either in their entirety, or in some of their constituent elements.” (See Muhammad Asad’s Message of the Qur’an) In other words, we cannot form a clear idea of something that happens entirely outside the realm of our past experiences; and therefore, it is natural that we find it difficult to comprehend the full meaning and relevance of mystical experiences like revelation.

The Qur’an makes a clear distinction between the perceptible world of experience and the unseen world of transcendental reality. Revelation is a means for God’s specially chosen messengers to receive divine messages; we may call it an exclusive channel of communication accessible to the prophets. For this reason, by way of an objective investigation, we can only study the credibility of the person who claims to have received a revelation, learn the circumstances, and observe the results.

The Qur’an says what means,

It is not fitting for a man that God should speak to him except by inspiration, or from behind a veil, or by sending of a messenger to reveal with God’s permission what God wills: for He is Most High, Most Wise. (Ash-Shura 42:51)

This means that God does not hold a face-to-face talk with any human. The divine message comes to the prophets through the angel Gabriel. There are other exceptional cases, such as the Prophet Abraham getting God’s message in a dream or Moses hearing God speaking to him from behind a burning bush. But again, these are exceptional cases.

How did the Prophet Muhammad receive revelation? According to his wife `A’ishah, the Prophet used to go in seclusion in the cave of Hiraa’ outside Makkah, where he used to worship God continuously for many days.

Read in the name of your Lord, Who created, created man from a clot. Read! And your Lord is the Most Bountiful. (Al-`Alaq 96:1-3)

This happened in the year 610 CE, when the Prophet was 40 years old. During the 23 years from the revelation of these first verses, the Qur’an was revealed to the Prophet in stages. It was not revealed at one time for a number of reasons: to enable the natural and steady development of the community of believers by gradually implementing the laws of God; to meet the requirements of the changing conditions and needs of that community; and to facilitate easy absorption and memorization of the Qur’an.

When the revelation progressed, the Prophet encouraged his companions to learn as many verses as possible. Whenever a revelation came, he called for a scribe and dictated it to him. He was careful to keep the revealed verses safely recorded. Consequently, the Qur’an was available in written form during the Prophet’s own time. In the Qur’an, God says what means,

This is indeed a Qur’an most honorable, in a book well guarded, which none shall touch but those who are clean: a revelation from the Lord of the worlds. (Al-Waqi`ah 56:77-80)

The exact ways in which the Prophet used to recite the Qur’an were also recorded and passed down from generation to generation.

In his last sermon the Prophet said, “I have left with you something which if you will hold fast to, you will never fall into error—a plain indication, the Book of God, and the practice of His Prophet.” (See Ibn Hisham’s Biography of the Prophet Muhammad) This makes it quite evident that the Qur’an in the written form—though not necessarily in a single volume—existed during his time.

There are also three hadiths in Sahih Al-Bukhari (one of the most accurate and authentic collections of Hadith (the sayings of the Prophet Muhammad)) that inform us that Angel Gabriel used to recite the Qur’an with the Prophet once a year during Ramadan, and that he recited it with him twice in the year the Prophet died.

The chief scribe who used to record the revelation dictated by the Prophet was Zayd ibn Thabit. After the Prophet’s death, in the battle of Yamamah, a large number of the companions who had memorized the Qur’an died. As a result, Caliph Abu Bakr As-Siddiq appointed Zayd to collect all the available written versions of the Qur’an and to produce a master copy.

When Zayd completed this work, he gave the collection of written materials to Abu Bakr, who kept it with him till his death. After his death, `Umar ibn Al-Khattab, the second caliph, finally gave it to his daughter Hafsah—one of the Prophet’s wives—for safekeeping. It was from this collection of material that Caliph `Uthman ibn `Affan prepared several copies in the form of the first books of the entire Qur’an. Some of these copies still exist today.

After the Qur’an was collected in a single volume—known as a mus-haf—Caliph `Uthman sent copies of it to the different provinces that were ruled by the Muslims. The succeeding generations of Muslims always included a large number of people who memorized the Qur’an in its entirety. The extent to which the Qur’an was preserved is also evident in the fact that the way in which the Prophet Muhammad used to recite the Qur’an was also recorded and passed down from generation to generation.

Professor Shahul Hameed is a consultant to the Reading Islam Website. He also held the position of the President of the Kerala Islamic Mission, Calicut, India. He is the author of three books on Islam published in the Malayalam language. His books are on comparative religion, the status of women, and science and human values.

Jesus Christ and “His People”!