How Many Treasures Do You Want? 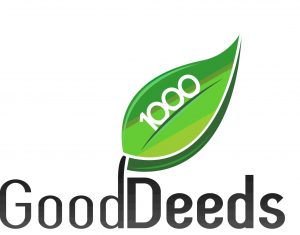 I was surfing the Internet, looking for something to read on some Islamic websites. I found the famous www.islamway.org and found a very short article written by Hussin Ahmed. I read it and thought it would be nice if I edit it and republish it here with some additions and comments. He wrote:

“‘Should I not direct you to a treasure from amongst the treasures of Paradise?’ I (‘Abdu-Allah ibn Qais) said: ‘Allah’s Messenger, do it, of course.’ Thereupon he (the Prophet (Peace and Blessings of Allah be upon him)) said: ‘Then recite: “La haul a wala quwwata illa bil-lah” (i.e. There is no might and no power but that of Allah)’” (Narrated by Imam Muslim in his Sahih)

Indeed, we can gain a treasure in Paradise every time we say “La haul a wala quwwata illa bil-lah.”

Here ends the words of Hussin after witnessing some major editorial modifications.

However, I have to add what follows:

The above short article shows us how important remembering Allah the Almighty is and how rewardable in the Sight of Allah to remember Him it is. One who considers himself a true believer in Allah and His Guidance should always remember Him and in so doing, one is not benefiting Allah in anyway, God forbids, rather, he is benefiting himself and is only doing good for himself as he is crediting these acts of remembering Allah to his own account with Allah that which will help him and benefit him in both, this present life and the Hereafter by Allah’s Will and Consent.

In a similar vein, as far as Islam is concerned, good deeds are not confined to remembering Allah or saying a specific du’a’ or so, it is a very wide range area where every and all useful and beneficial things to all humanity, Muslims and non-Muslims alike, is regarded in Islam as a good deed that deserves to be rewarded by Allah the Almighty, the Lord of the whole universe and all people, believers and non-believers.

Allah the Almighty also says in the Ever-Glorious Qur’an what means,

“Whosoever doeth right, whether male or female, and is a believer, him verily We shall quicken with good life, and We shall pay them a recompense in proportion to the best of what they used to do.” (Al-Nahl 16: 97), and

“Lo! those who believe (in that which is revealed unto thee, Muhammad), and those who are Jews, and Christians, and Sabaeans whoever believeth in Allah and the Last Day and doeth right surely their reward is with their Lord, and there shall no fear come upon them neither shall they grieve.” (Al-Baqarah 2: 62)