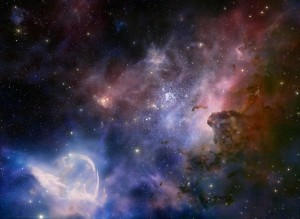 When material satisfaction develops into the most important goal in life, human existence becomes even more degraded than that of the lowest of animals.

The purpose of creation is a topic that puzzles every human being at some point in his or her lifetime. Everybody, at some time or another, asks themselves the question: “Why do I exist?” or “For what purpose am I here on earth?”

The variety and complexity of the intricate systems, which constitute the fabric of both human beings and the world in which they exist, indicate that there must have been a Supreme Being who created them. Design indicates a designer. When human beings come across footprints on a beach, they immediately conclude that a human being had walked by there some time previously.

No one imagines that the waves from the sea settled in the sand and by chance produced a depression looking exactly like human footprints. Nor do humans instinctively conclude that they were brought into existence without a purpose. Since purposeful action is a natural product of human intelligence, humans conclude that the Supreme Intelligent Being who created them must have done so for a specific purpose. Therefore, human beings need to know the purpose for their existence in order to make sense of this life and to do what is ultimately beneficial for them.

Throughout the ages, however, there has been a minority among humans who have denied the existence of God. Matter, in their opinion, is eternal and mankind is merely a chance product of accidental combinations of its elements. Consequently, for them there was no answer to the question: “Why did God create man?” According to them, there simply is no purpose to existence. However, the vast majority of humankind over the ages have believed and continue to believe in the existence of a Supreme Being who created this world with a purpose. For them it was, and still is, important to know about the Creator and the purpose for which He created human beings.

Why did God create man?

To answer the question: “Why did God create man?” it must first be determined from which perspective the question is being asked. From the point of view of God it would mean: “What caused God to create human beings?” While from the human point of view it would mean: “For what purpose did God create humans?” Both points of view represent aspects of the intriguing question: “Why do I exist?”

In the following pages, both aspects of the question will be explored based on the clear picture painted by divine revelation. This is not a topic for human speculation, because human guesswork cannot possibly produce the whole truth in this matter. How can human beings intellectually deduce the reality of their existence when they can hardly understand how their own brain or its higher entity, the mind, functions?

Consequently, the numerous philosophers who have speculated on this question through the ages have come up with innumerable answers, all of which are based on assumptions, which cannot be proven. Questions on this topic have even led a number of philosophers to claim that we do not really exist and that the whole world is imaginary.

For example, the Greek philosopher Plato (428-348 CE) argued that the everyday world of changeable things, which man comes to know by the use of his senses, is not the primary reality, but is a shadow world of appearances.

Many others, claimed and continue to claim that there is no purpose for the creation of humans at all. According to them, human existence is merely a product of chance. There can be no purpose if life evolved from non-living matter, which only became animate by pure luck. Humankind’s supposed ‘cousins,’ the monkeys and apes, are not bothered with questions of existence, so why should human beings be bothered with them?!

The necessity of the answer

Although most people put the question of why we are created aside after occasional brief reflection, it is extremely critical for human beings to know the answer. Without knowledge of the correct answer, human beings become indistinguishable from the other animals around them. The animal needs and desires like eating, drinking and procreating become the purpose of human existence by default, and human effort is then focused to this limited sphere.

When material satisfaction develops into the most important goal in life, human existence becomes even more degraded than that of the lowest of animals. Human beings will consistently misuse their God-given intelligence when they lack knowledge of their purpose of existence. The degraded human mind uses its abilities to create drugs and bombs and becomes engrossed in fornication, pornography, homosexuality, fortune-telling etc.

Without knowledge of the purpose of life, human existence loses all meaning and is consequently wasted, and the reward of an eternal life of happiness in the hereafter is completely destroyed. Therefore, it is of the utmost importance that human beings correctly answer the question: “Why are we here?”

How to know the answer

Humans most often turn to other human beings like themselves for answers. However, the only place that clear and precise answers to these questions can be found is in the books of Divine Revelation. It was necessary that God reveal the purpose to man through His prophets, may Allah exalt their mention, because human beings are incapable of arriving at the correct answers by themselves. All of the prophets of God taught their followers the answers to the question: “Why did God create man?”

From the perspective of humankind, the question “Why did God create man?’ implies: “For what purpose was man created?” In the final revelation (i.e. The Holy Quran), this question is answered without any ambiguity. God informed humans that every human being is born with an innate consciousness of God.

“[Remember] when your Lord extracted from the loins of Aadam’s children their descendants and made them testify (saying): ‘Am I not your Lord?’ They said: ‘Yes, we testify to it.’ [This was] in case you say on the Day of Judgment: ‘We were unaware of this.’ Or you say: “It was our ancestors who worshipped others besides God and we are only their descendants. Will you then destroy us for what those falsifiers did?'” [Al-A`raf 7: 172-3]

The Prophet Muhammad ( may Allah exalt his mention ) explained that when Allah created Adam (Adam)  may  Allah  exalt  his  mention He took from him a covenant at a place called Na’man on the 9th day of the 12th month. He then extracted from Adam  may  Allah  exalt  his  mention all of his descendants who would be born until the end of the world, generation after generation, and spread them out before Him to take a covenant from them. He spoke to them, making them bear witness that He was their Lord.

Consequently, every human being is responsible for belief in God, which is imprinted on each and every soul. It is based on this inborn belief that Allah defined the purpose of humankind’s creation in Chapter Adh-Dhariyat (which means):

“I have created the jinn and humankind only for My worship.” (Adh-Dhariyat 51: 56)

We are here to worship God

Thus, the essential purpose for which humankind was created is the worship of God. However, the Almighty is not in need of human worship. He did not create human beings out of a need on His part. If not a single human worshipped God, it would not diminish His Glory in any way, and if all of mankind worshipped Him, it would not increase His Glory in any way. God is Perfect. He alone exists without any needs. All created beings have needs. Consequently, it is humankind that needs to worship God.