The Atomic Number of Iron 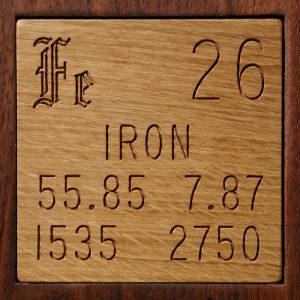 Al-Hadid is the 57th Surah of the Qur’an, and the numerical value of the words al-Hadid is also 57.

Iron is one of the elements mentioned in the Qur’an. Allah says this in the Surah called “al-Hadid,” or “Iron:”

“… And We sent down iron in which there lies great force and which has many uses for mankind, …” (Al-Hadid, 25)

The word “anzaln-a,” meaning “to send down,” may also be thought of in the figurative sense of being placed at the service of human beings. But bearing in mind the true meaning of the word, which is “physically descending from the sky,” used for rain and solar rays, then the verse can be seen to contain a hugely significant scientific miracle. Because modern astronomical findings have revealed that the iron on Earth came from giant stars in outer space.

In addition, Surat al-Hadid also refers to the chemical symbol for iron. Because verse 15, in the exact middle of the Surah, begins with the Arabic letter “Fe,” which is how iron is known to chemists.

Al-Hadid is the 57th Surah of the Qur’an, and the numerical value of the words al-Hadid is also 57.

The value of the word “hadid” alone is 26, and this is also the atomic number of iron.

One thought on “The Atomic Number of Iron”