Predictions in the Qur’an: Image Transmission 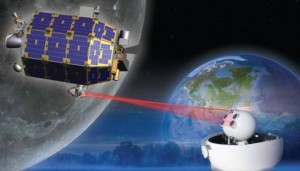 These scientific advances may represent a part of the technologies indicated in the Qur’an, all of which reveal its miraculous aspects.

Allah Almighty says in the Qur’an,

“He who possessed knowledge of the Book said: “I will bring it [the Queen of Saba’s throne] to you before your glance returns to you.” And when he [Sulayman] saw it standing firmly in his presence, he said: “This is part of my Lord’s favor, to test me to see if I will give thanks or show ingratitude.” (An-Naml 27:40)

“He who possessed knowledge of the Book,” told Prophet Sulayman (pbuh) that he could bring the Queen of Saba’s throne to him very quickly. This is a possible reference to the transmission of images with present-day advanced technology. Another verse on the subject reads:

“A demon of the jinn said: “I will bring it to you before you get up from your seat. I am strong and trustworthy enough to do it.” (An-Naml 27:39)

In our day, text, pictures, and films can be sent anywhere in the world in a matter of seconds, thanks to the Internet and advances in computer technology. For instance, carrying the Queen’s throne to Prophet Sulayman’s (pbuh) court very quickly may well refer to the fact that it will be possible to send a three-dimensional picture or image in the blink of an eye over the Internet.

According to scientists, the teleportation of atoms and molecules, as well as larger bodies, may become possible in the near future. By this method, the item’s material characteristics are removed from one location and transferred in every detail and atomic sequence to another location, where they are reconstructed. If this technology becomes operational one day, time and space will no longer represent an obstacle to travel and objects will be able to be transported anywhere in a single moment without traversing any physical distance. (1)

In 1998, physicists at the California Institute of Technology (Caltech) working with two European groups transported a photon. The scientists formed a copy of the photon by reading its atomic structure and then transmitted that information a distance of 1 meter. In another recent teleportation experiment, Ping Koy Lam of the Australian National University (ANU) and other researchers transmitted a laser ray a short distance. (2)

Indeed, according to a CNN report on 17 July 2002, a group of physicists from the National Australian University in Canberra split a laser ray and “transmitted” it several meters. Ping Koy Lam, the team’s head, stated that they had not yet succeeded in transmitting matter in its atomic state, but that such a thing was not impossible and may become a reality in the future.

According to a study published in the science journal Nature, Eugene Polzik of Denmark’s University of Aarhus, and his colleagues performed successful experiments on a large number of atoms, using laser rays and quantum physics.(3) In his analyses of teleportation’s potential, published in the journal Scientific American, Australian physicist Anton Zeilinger states that far more complex systems could be teleported without violating the laws of physics.(4)

As the Qur’an reveals in,

“We will show them Our Signs on the horizons and within themselves, until it is clear to them that it is the truth” (Fussilat 41:53),

these scientific advances may represent a part of the technologies indicated in the Qur’an, all of which reveal its miraculous aspects.