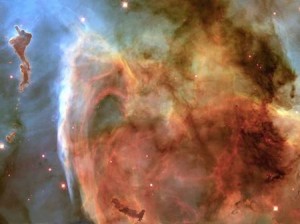 Confused?  You should be because that is not all.  There is also neo-creationism, old earth creationism, flood geology, the big bang theory, evolutionary biology, the common descent theory, and macroevolution.  What does it all mean?

For many people, it must be a kind of lottery or a theory of the year choice.  Each group has its evidence, some believe in God, others do not.  Some use science to prove their opinions, others use the book of Genesis or other creation myths.  In Islam, the story of creation is clear.  There are no partly formed theories or strange opinions to add to the confusion.  The creation of the world and all that exists is attributed to God.  The most merciful, most wise, most forgiving.

“God created the heavens and the earth, and all that is between them, in six days.” (Quran 7:54)

“Then He completed and finished from their creation seven heavens in two Days and He made in each heaven its affair.  And We adorned the nearest (lowest) heaven with lamps (stars) to be an adornment as well as to guard (from the devils by using them as missiles against the devils).  Such is the Decree of Him the All-Mighty, the All-Knower.” (Quran 41:12)

“And (remember) when your Lord said to the angels: “I am going to create a man (Adam) from sounding clay of altered black smooth mud.” (Quran 15:28)

God created Adam the father of humankind from mud (clay, soil, earth, or dust mixed with water) and He created his wife Eve from a rib bone.  The traditions of Prophet Muhammad, may God praise him, relate that God created Eve while Adam was sleeping,  from his shortest left rib and that, after some time, she was clothed with flesh.  God then endowed Adam and Eve with the ability to procreate. 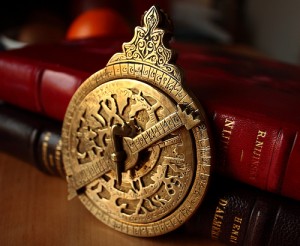 “God has created every moving (living) creature from water.  Of them, some creep on their bellies, some that walk on two legs, and some that walk on four.  God creates what He wills.  Verily!  God  is Able to do all things.” (Quran 24:45)

“And God said: ‘O Mankind!  Be dutiful to your Lord, Who created you from a single person (Adam) and from Him (Adam) He created his wife (Eve), and from them both He created many men and women.’” (Quran 4:1)

“And indeed We created man (Adam) out of an extract of clay (water and earth).  Thereafter We made him (the offspring of Adam) as a Nutfah (mixed drops of the male and female sexual discharge) (and lodged it) in a safe lodging (womb of the woman).  Then We made the Nutfah into a clot (a piece of thick coagulated blood), then We made the clot into a little lump of flesh, then We made out of that little lump of flesh bones, then We clothed the bones with flesh, and then We brought it forth as another creation.  So blessed be God  the Best of creators.” (Quran 23: 12 -14)

In Islam, unlike other religions, there are no great debates involving the separation of science and religion.  Islam teaches us that great scientific discoveries and breakthroughs are simply evidence of the existence of God.  If scientific theories conflict with the Quran and the authentic traditions of Prophet Muhammad, may God praise him, Muslims simply reject them.  However apart from the premise in Darwin’s theory of evolution, that man descended from apes, the Quran, and modern science are remarkably in accord.

More than 14 centuries ago the Quran mentioned scientific facts that have only recently been discovered using modern scientific methods and advanced equipment.  The development of scientific disciplines, such as cosmology and astrophysics have explained some of the mysteries of God’s creation. Cosmic events that were previously part of the unseen now make sense according to modern scientific theory.

“Then He rose over towards the heaven when it was smoke, and said to it and to the earth: ‘Come both of you willingly or unwillingly.’  They both said: ‘We come, willingly.’” (Quran 41:11)

Modern cosmology indicates that, at one point in time, the whole universe was nothing but a cloud of ‘smoke’,  an opaque highly dense and hot gaseous composition. It is now possible for scientists to observe new stars being formed out of the remnants of the ‘smoke’. Dr. Loretta Dunne from Cardiff University says, “Cosmic dust consists of tiny particles of solid material floating around in the space between the stars. It is not the same as house dust but more akin to cigarette smoke.”[1] Astronomers studied supernovae SN 2003gd using the Spitzer space telescope and found that it had produced tremendous amounts of dust.

In the creation of humankind, we are also now able to see modern scientific evidence that seems to be in accord with the words of God in the Quran. Many elements present in the earth are also contained in the human body.  The most critical component to land-based life is the topsoil; that thin layer of dark, organically rich soil in which plants spread out their roots.  It is in this thin, vital layer of soil that microorganisms convert raw resources and make them available to the myriad forms of life around and above them. 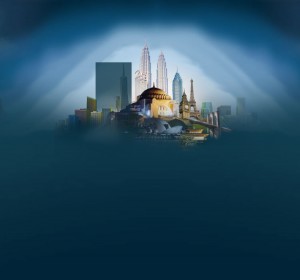 The Quran instructs Muslims to “contemplate the wonders of creation” (3:191) Imagine the precision and timing that allows the world and all that is in it to function. Complex systems run perfectly. The earth is specifically designed for human life and life on earth is a delicate balance, from the lofty skies to the depths of the ocean.

“The sun and the moon run on their fixed courses (exactly) calculated with measured out stages for each (for reckoning, etc.)… And the heaven He has raised high, and He has set up the Balance… And the earth He has put for the creatures.” (Quran 55:5-10)

God created the universe and He created humankind. Certain sections of all the theories and opinions that are abound agree with the words found in Quran and the authentic traditions of Prophet Muhammad, may God praise him, but really that is of no consequence. Nor is it important when theories try to disprove the existence of God.

The sun and the moon are fixed in their orbits and life continues.  Muslims know with certainty that the world and all that exists was created by God. When new discoveries prove this beyond doubt, believers smile and wait for the other miracles of God to reveal themselves. The complexity of life is almost to simple to grasp. God is the Creator and Sustainer of the universe.

Pingback: The Meaning of Life | The Faith