Why Are Wisdom Teeth Not Evidence of Evolution? 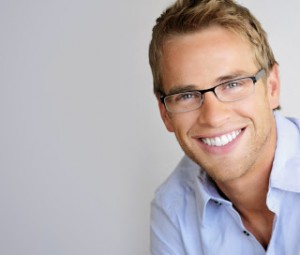 In fact, the scientific consensus is that wisdom teeth have a chewing function just like all the others and that there is no scientific justification for the belief that they serve no purpose.

One of the theories of evolution’s important deceptions is its claim regarding “vestigial organs.” Evolutionists claim that some organs in living things lose their original function over time and that such organs then disappear. Taking that as a starting point, they then try to send out the message, “If the living body had really been created, it would have no functionless organs in it.”

Evolutionist publications at the start of the twentieth century announced that the human body contained up to a hundred organs that no longer served any purpose, including the appendix, the coccyx, the tonsils, the pineal gland, the external ear, the thymus, and wisdom teeth. However, the decades that followed saw major advances in medical science. Our knowledge of the organs and systems in the human body increased. As a result of this, it was seen that the idea of vestigial organs was just a superstition. The long list drawn up by evolutionists rapidly shrank. It was discovered that the thymus is an organ which produces important immune system cells and that the pineal gland is responsible for the production of important hormones. It also emerged that the coccyx supports the bones around the pelvis and that the external ear plays an important role in identifying where sounds come from. In short, it emerged that ignorance was the only foundation on which the idea of “vestigial organs” rested.

Modern science has many times demonstrated the error of the concept of such organs. Yet some evolutionists still try to make use of this claim. Although medical science has proved that almost all of the organs that evolutionists claim are vestigial actually serve a purpose, evolutionary speculation still surrounds one or two organs.

The most noteworthy of these is our wisdom teeth. The claim that these teeth are a part of the human body that has lost all purpose still appears in evolutionist sources. As evidence for this, it is stated that these teeth give a great many people a lot of trouble and that chewing is not impaired when they are surgically removed.

So, why do wisdom teeth cause a substantial number of people problems? Scientists who have researched the subject have discovered that wisdom tooth difficulties have manifested themselves in different ways among human communities at different times. It is now understood that the problem was seldom seen in pre-industrial societies. It has been discovered that the way in which soft foodstuffs have come to be preferred to harder ones, over the last few hundred years, in particular, has negatively affected the way the human jaw develops. It has thus been realized that most wisdom tooth troubles emerge as a result of jaw development problems relating to dietary habits.

It is also known that society’s nutritional habits also have negative effects on our other teeth. For instance, the increasing consumption of foodstuffs high in sugar and acid has increased the rate that other teeth decay. However, that fact does not make us think that all our teeth have somehow “atrophied.” The same principle applies to wisdom teeth. Problems with these teeth stem from contemporary dietary customs, not from any evolutionary “atrophy.”

Taken with slight editorial modifications from the author’s book, The Collapse of the Theory of Evolution In 20 Questions.