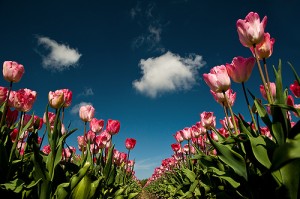 Deep down all people have an innate knowledge of the presence of the Creator.

The confused and sensitive souls who encounter difficulty reconciling God’s existence with a harsh and often painful life deserve sympathy and explanation. If a person accepts the fact that God knows what He is doing and we don’t, he or she should rest comfortable with the understanding that deep down things may not be what they at first seem.

Perhaps the wretched amongst humankind deserve their lot in life for reasons unforeseen, and perhaps they suffer only a short worldly existence to receive an eternal reward in the next life. Lest a person forget, God granted the favorites of His creation (i.e. the prophets) the greatest worldly gift of certainty, guidance and revelation; however, they suffered greatly in worldly terms.

In fact, the trials and tribulations of most people pale in comparison to those of the prophets. So although many people do suffer terribly, the message of hope is that the archetypes of God’s favorites, namely the prophets, were deprived of the pleasures of this world in exchange for the rewards of the hereafter. A person might well expect a comparable reward for those who endure the trials and hardships of this life, while remaining steadfast upon true belief.

Similarly, a person cannot be faulted for expecting the disbelieving tyrants and oppressors to have all the enjoyments of this world, but none of the hereafter. Some of the known inmates of Hell spring to mind. Pharaoh, for example, lived a life of posh magnificence to the point that he proclaimed himself to be the supreme god. Most likely opinions changed when he broke wind.

In any case, a person can reasonably expect him to be somewhat dissatisfied with his toasty abode of the moment, and the memories of his plush carpets, fine foods and scented handmaidens to have lost their charm of consolation given the heat of the moment.

Most people have had the experience of ending a great day in a bad mood due to some sour event at the conclusion of events. Nobody values a fine meal that ends in divorce, a romantic interlude rewarded with AIDS, or a night of revelry capped off by a brutal mugging or crippling car crash. How good could it have been?

Nonetheless, who doesn’t forget absolutely every little, every big, everything during that moment of painful thermal affliction? The agony of a whole-body burn, especially if there is no relief — no jumping back, no pulling away — is beyond the capacity of human imagination. The few who have survived such burns agree.

Not only does the torture of a total burn exceed the boundaries of human imagination, but the agony of the experience surpasses the limits of language. The horror can neither be adequately conveyed by the unfortunate of experience, nor fully understood by those blessed to have escaped initiation. Certainly one long, eternal, full-body bath in fire can be expected to erase any pleasant memories of the past, consistent with the conclusion that

With regard to the subject of the present appendix, two elements of guiding consciousness deserve consideration, the first being that deep down all people have an innate knowledge of the presence of the Creator. Humankind may intellectualize this awareness away in search of the conveniences and pleasures of this world, but deep down, all mankind know the truth. What is more, God knows that we know, and He alone can calculate the level of individual rebellion and/or submission to Him.

The second element of dawning spiritual awareness is simply to understand that there is seldom a free lunch. Rarely does anybody get something for nothing. Should a man work for a boss whom he does not understand or with whom he does not agree, in the end he still has to do his job in order to get paid. Nobody goes to work (for long, anyway) and does nothing more than saying, “I’m at work,” expecting a paycheck to follow based on nothing more than unproductive attendance. 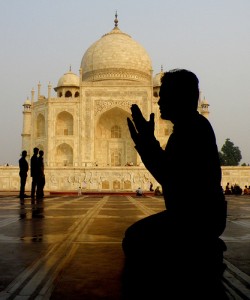 Similarly, humankind must satisfy a duty of servitude and worship to God if hoping to receive His reward. After all, that is not only the purpose of
life, it is our job description. For that matter, Muslims claim that such is the job description for both men and Jinn (plural for ‘spirits;’ singular ‘Jinn’ee,’ from which the Western word ‘genie’ is derived), for God conveys in the glorious Qur’an,

“And I have not created Jinns and men, except that they should serve (worship) Me.” (Adh-Dhariyat 51:56)

Many people question the purpose of life, but the position of the faithful of many religions is exactly that stated above – mankind exists for no other reason than to serve and worship God. The proposal is that each and every element of creation exists to either support or test mankind in the fulfillment of that duty.

Unlike worldly employment, a person can duck his or her responsibilities to God and be granted a grace period. However, at the end of this probationary period called life, accounts become due and payable, and such is certainly not the best time to find one’s account ‘in the red.’

Francis Bacon provided a wonderful closure to the topic of this appendix, stating, “They that deny a God destroy man’s nobility; for certainly man is of kin to the beasts by his body; and, if he be not of kin to God by his spirit, he is a base and ignoble creature.” (1)

Should a person believe that after a few million years something worthy of the barbecue will emerge from the froth of Stanley Miller and Harold Urey’s primordial bouillabaisse, humankind still has to account for that which we all feel within us—the soul or spirit. Each and every element of mankind has one, and here is the metaphysical keystone which separates man from animal.

Again, those who doubt that which cannot be directly experienced may find excuse for denial of the soul, but they will most likely find themselves to have scant company. Furthermore, the discussion then moves into one of the nature of truth, knowledge, and proof, which logically springboards into the next section, on agnosticism.