Why Should I Become Muslim? 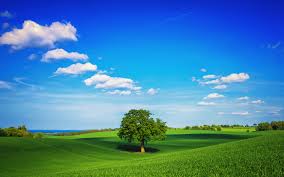 In this life, nothing is guaranteed…, not even your next day or even your next breathe. If you feel the pull towards the Islamic faith, heed the call without hesitation.

“So set your face steadily and truly to the Faith: (establish) Allah’s handiwork according to the pattern (fitrah) on which He has made mankind: no change (let there be) in the work (wrought) by Allah: that is the standard Religion: but most among mankind understand not.” (Ar-Rum 30:30)

That is one of the greatest questions that a non-Muslim can ever ask him/herself:

“Why should I become a Muslim?”

Truth be told, all humans are born in a natural state of Islam, called the fitrah. It is the parents, or legal guardians, of the newborn who decide the path of religion that the helpless soul will be brought up to recognize as their faith.

However, for many of those newborns brought up as non-Muslims, the fitrah will be a constant force that gently pulls and incessantly prods him or her to question their faith, search for answers and seek out the true religion of God.

As a convert to Islam for going on 18 years, I too felt the pull of my fitrah as a non-Muslim. I was raised as a non-practicing Catholic in a family that only pulled the Bible out on special occasions. It wasn’t until I ventured out on my own as a freshman in college, living on campus, that I felt my own fitrah pulling me back to my original state of Islam.

If you are a non-Muslim considering the religion of Islam, then you know exactly of what I speak. You feel an insatiable pull to the religion of Islam, but are unsure of how to proceed or are perhaps worried about the changes that switching your faith might bring. There are countless reasons why someone should become a Muslim and here are just a few that will, Insha’Allah, illuminate your journey to Islam.

It is only through the religion of Islam that a human can truly connect with our Creator. Look around you. Whether you look in your own community, family or even the television screen – there is a massive disconnect between non-Muslims and their Creator evident in our world today.

The side effects of that disconnect are evident in everyday society in the form of crime, lewdness, vice, bullying and the like. Once a human denies his/her fitrah and blindly follows a religion other than that of Islam, chaos and a sense of hopelessness prevails. Humans, by their very nature, are pulled back towards their Creator. And each of us possesses a free will to either heed the call or ignore it.

A few years ago, I met a single mother online who was divorced and was an Atheist. Her daughter was in elementary school and had never been around Muslims or even heard much about the religion of Islam. Then one day, she came to her mother and declared that she wanted to become a Muslim. Her mother supported her decision, even when she began wearing the hijab. Not soon after, the little girl’s 6-year-old brother also became a Muslim. Clearly, the fitrah of both these blessed children was hard at work.

A Balance of Right and Wrong

One of the first things you learned in kindergarten class was most likely The Golden Rule, “To do unto others as you would have others do unto you.” It was a pretty easy rule to follow when you were young and the most pressing issue of the day was sharing paste or borrowing crayons from a classmate.

However, these days, the balance of right and wrong is often skewed in favor of worldly gains such as wealth and power. Only through the religion of Islam is mankind called to account for his actions. The Qur’an and the Sunnah of Muhammad (peace be upon him) are blessings from Allah Almighty that completely and perfectly guide mankind to a life in accordance with Islam that does not transgress the bounds of humanity and holds each soul accountable for both good and bad deeds. 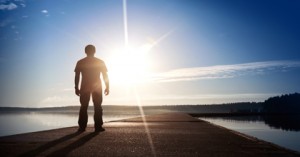 You won’t find such accountability in the other world religions and this is why horrendous vices and despicable behaviors are prevalent in non-Muslim societies. In Islam, all Muslims are obliged to enjoin the good and forbid the evil as is illustrated in the Qur’an:

“Ye are the best of peoples, evolved for mankind, enjoining what is right, forbidding what is wrong, and believing in Allah. If only the People of the Book had faith, it were best for them: among them are some who have faith, but most of them are perverted transgressors.” (Aal `Imran 3:110)

The Truth Will Set You Free

It’s easy to become a Muslim. However, looking from the outside in, it may seem like a monumental task that will turn life as you know it on its head.

Indeed Islam will change all aspects of your life, but for the better. As someone considering Islam, there are a host of reasons that may prevent you from taking the final step in declaring your faith in the religion of Islam, such as:

How will my friends and family react?

Will I be labeled a terrorist?

Will my employer fire me?

When I started thinking about the religion of Islam, and even after I converted, all these questions and dozens more flooded my senses. I found myself unable to sleep at night and was in a constant state of worry. And then one day, I got angry. This was my decision and mine alone. The way anyone reacted or thought of my decision to become a Muslim was their problem and not mine.

Within seconds of this revelation, I literally picked up the phone and called my mother. Since I was living overseas, this was the fastest way I could get in touch with her. The phone call that I had been dreading for months was like a deep breath of fresh air as I calmly told my mother that I had become a Muslim and that if she had any questions I would be more than happy to answer them.

Upon closing the phone, and after hearing her less than enthusiastic reaction, I felt almost as if my heart would burst out of my chest and soar to the skies. I was free and my life as a Muslim had only just begun.

It’s important to note that once you begin considering the Islamic religion, the thirst for knowledge often grows rapidly as you devour every morsel that you can get your hands on. It’s difficult, if not impossible, to close the “curtains” once you’ve seen your first sliver of sunshine of truth beaming through.

However, you must also realize that all of the self-doubt and questions arising in your mind are tools of the Satan, or devil. The Satan is destined to the fires of hell and wants to take as many companions as he can to dwell there with him as is illustrated in the Qur’an:

In this life, nothing is guaranteed…, not even your next day or even your next breathe. If you feel the pull towards the Islamic faith, heed the call without hesitation. You never know what tomorrow will bring and to die in a state of Islam is one of the greatest blessings that any soul can receive.