A Conversation with an Atheist! (Part 1/2) 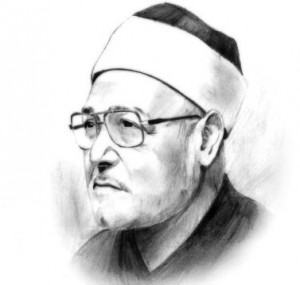 My atheist friend said: The universe was found and developed according to evolution and we know neither the origin nor the details thereof.

I have lengthily debated with an atheist where I showed great patience and self-constraint in order to give myself a chance to stand on all his allegations and thus be able to refute them all using clear evidence and strong argument.

He said: If Allah created the universe, then who created Allah?

I replied: With such a question, or more likely, objection, you emphasize that everything must have a creator!

He said: Don’t take me through mazes; just answer the question!

I said: You do believe that the universe was created without a creator; i.e. it did not need to have a creator. Then, why do you accept the argument that the universe existed on its own and at the same time find it strange when the people of faith say that Allah, the One who created the universe, has no beginning?! It is one and the same question… why do you believe yourself when you say it while belying others when they believe stick thereto?! Moreover, if you think a creator who has no creator of himself is a myth, then, a universe without a creator is a myth too according to your own logic!

He said: We live in this world and feel its existence and thus cannot deny it!

I said: Who asked you to deny the existence of this world? When we take a taxi or boat or an airplane on a certain route, we do not question the existence of the car for example, rather, we might ask: does it run by itself or there is a skillful driver behind the wheel?! Hence, coming back to your question I may say: your question is self-refuted. You and I admit an actual existence, no one can deny this. You claim that it has no beginning in relation to the matter, while I do believe that it has no beginning in relation to the creator. So, if you want to ridicule an existence with no beginning, you should ridicule yourself before ridiculing the people of faith!

He said: Do you mean that the two parties have the same presupposition?

I said: I am going to elaborate on this only to reveal and expose the void allegations on which atheism depends. As for the presuppositions, they are not the same as far as the two parties (i.e. the believers and the disbelievers) are concerned. Consider this; you and I are looking at an erect palace; I – with the eye of an expert – believe that an architect has built it, while you believe that some wood, steel, stones, and paint have gathered by themselves and on their own and in a certain fashion and built that palace for human beings to dwell therein.

The difference between our views is similar to that if we find a satellite that orbits in the outer space; then, you would say: it was launched by itself and without any supervision or direction from anyone. While I would say: it had to be launched by an administrative supervising mind…! The presuppositions are not the same. To me, it is the inescapable truth, while it is to you the doubtless untruth. Amazingly, the disbelievers of our age are skilled at calling us (i.e. the believers) names and casting every shortcoming on us and at the same time they describe themselves as smart, advanced and even genius.

We live on paved earth, under a built heaven and we do have brains with which we can examine and decide; with these brains we can research, conclude, discuss and believe. With these brains we can also reject blind imitation as well as void arguments. If people mock at the radicals who are enslaved by the past and make fun of their mental narrow-mindedness, they should also mock at those who deaden reason in the name of reason and tread on scientific logic in the name of science. Unfortunately, those are the majority of atheists!

Verily, we – Muslims – build our faith in Allah as based on mental wakefulness and we read the signs of higher existence through the human thought’s travel throughout the whole universe.

In a single page of the Qur’an I found reference to the function of reason in three consecutive ascending forms. This surah is Az-Zumar (Surah No. 39 of the Qur’an). The first form that one can notice is praising knowledge and dispraising ignorance…

Then comes the second form to show that a true Muslim is not enslaved by a single fixed idea or habit; rather, he is a human being who weighs everything and chooses what is more authentic and righteous…

“Therefore, give good tidings (O Muhammad) to my bondmen. Who hear advice and follow the best thereof. Such are those whom Allah guideth, and such are men of understanding.” (Az-Zumar 39:17-18)

“Hast thou not seen how Allah hath sent down water from the sky and hath caused it to penetrate the earth as water springs, and afterward thereby produceth crops of divers hues; and afterward they wither and thou seest them turn yellow; then He maketh them chaff. Lo! Herein verily is a reminder for men of understanding.” (Az-Zumar 39:21)

It is apparent from the above three forms in that page of the Qur’an that faith is unconnected with blind imitation, shortsighted look and/or idle thinking. Instead, it appreciates the Creator’s innovation in plants, flowers, fruits and various colors and forms of creation which eventually turn into clothes and food for man and animals, then, they become ruins and then they reemerge again in the form of colorful plants and tasteful foods!

Who did create all these?

My atheist friend – as if he was intoxicated – said: It is earth who created all these.

I said: Is it earth that ordered the clouds to move in the sky, the sun to shine, the tree leaves to store carbon and produce oxygen, and the seeds or grains to be abundant in fat, sugar, fragrance and starch?!

He said: I mean nature in both the earth and heaven!

I said: Both the earth and heaven and what is between them cooperated in producing each grain of the rice dish you may have for lunch or dinner. What is the exact role of each one of them in this process of creation? Furthermore, who is responsible for giving apples their sweet taste and pepper their hot taste? Is it the dust of the earth or the water coming down from heaven?!

He said: I do not know and there is no avail behind this kind of knowledge.

I said: Do not you realize that this needs an administrative and controlling mind and a categorizing will?! Where do you think is the mind that created and the will that diversified all these?! Can they be found in piles of fertilizers or beams of rays?!

He said: The universe was found and developed according to evolution and we know neither the origin nor the details thereof.

I said: Let me explain what you are saying. You claim that in former times there were a group of blind elements who travel through the vacant space then after a long time and through concurrence there appeared a unique chance that would not come again for good and only then a living cell was found in its primitive form then it started to multiply and grow until it reached what we see now!

This is the ignorance you call science and you find no shame in defying the whole world therewith. There were sophisticated calculations and you just say that they were solved spontaneously; minute and tiny magnificent creatures were found and you claim that they were given life by chance and that chance will never come back again! All this is nothing but a way to evade trusting and putting faith in Allah the Almighty!

Sheikh Muhammad Al-Ghazali is the late Muslim scholar and philosopher.

* Translated and adapted from Arabic by Dr. Ali Al-Halawani.

Pingback: A Conversation with an Atheist! (Part 2/2)

Thank you so much and we hope that you become a regular visitor to our website. Wish you all the best.
Yours,
Truth Seeker Staff