The idea that something is not created by anything, that it comes out of nothing, is very different from the idea that it creates itself.  It is strange therefore to find some scientists speaking about them as if they are one and the same thing. It is not only Davies who confused these two notions as we can see in the quotation just cited, but others also.  Taylor tells us that electrons can create themselves out of nothing in the manner Baron Munchausen saved himself from sinking into a bog by pulling himself up by his bootstraps. 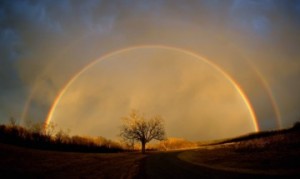 It is as if these particles special particles are able to pull themselves up by their own bootstraps (which in their case are the forces between them) to create themselves from nothing as Baron Munchausen saves himself without visible means of support…This bootstrapping has been proposed as a scientifically respectable scenario for creating a highly specialized Universe from nothing. (Taylor, 46)

Is it science or science fiction that we are being told here?  Taylor knows and says that Munchausen’s is only a story; what he claimed to have done is in fact something that is physically impossible to do.  In spite of this, Taylor wants to explain by his idea something that is not only real, but is of the utmost importance, and thus ends up saying something that is more absurd than Munchausen’s fictitious story of saving himself by pulling up his bootstrap.  At least Munchausen was talking about things that were already in existence.  But Taylor’s special particles act even before they are created!  They “pull themselves by their own bootstraps… to create themselves from nothing.”!

The idea of a physical system containing an explanation of itself might seem paradoxical to the layman but it is an idea that has some precedence in physics.  While one may concede, (ignoring quantum effects) that every event is contingent, and depends for its explanation on some other event, it need not follow that this series either continues endlessly, or ends in God.  It may be closed into a loop.  For example, four events, or objects, or systems, E1, E2, E3, E4, may have the following dependence on each other: (Davies, 47)

And the philosopher Passmore advises us to:

(2)  to know that an event has happened one must know how it came about.

The first simply tells us that if we are interested in the cause of an event, there will always be such a cause for us to discover.  But it leaves us free to start and stop at any point we choose in the search for causes; we can, if we want to, go on to look for the cause of the cause and so on ad infinitum , but we need not do so; if we have found a cause, we have found a cause, whatever its cause may be.  The second assertion, however, would never allow us to assert that we know that an event has happened …  For if we cannot know that an event has taken place unless we know the event that is its cause, then equally we cannot know that the cause-event has taken place unless we know its cause, and so on ad infinitum.  In short, if the theory is to fulfill its promise, the series must stop somewhere, and yet the theory is such that the series cannot stop anywhere – unless, that is, a claim of privilege is sustained for a certain kind of event, e.g. the creation of the Universe. (Pasture, 29)

If you think about it, there is no real difference between these two series as Ibn Taymiyyah clearly explained a long time ago (Ibn Taymiyyah, 436-83).  One can put the first series like this: for an event to happen, its cause must happen.  Now if the cause is itself caused, then the event will not happen unless its cause event happens, and so on, ad infinitum.  We will not therefore have a series of events that actually happened, but a series of no events.  And because we know that there are events, we conclude that their real ultimate cause could not have been any temporal thing or series of temporal things whether finite or infinite.  The ultimate cause must be of a nature that is different from that of temporal things; it must be eternal.  Why do I say ‘ultimate’?  Because, as I said earlier, events can be viewed as real causes of other events, so long as we acknowledge them to be the incomplete and dependent causes they are, and as such not the causes that explain the coming into being of something in any absolute sense, which is to say that they cannot take the place of God.

What is the relevance of this talk about chains after all?  There might have been some excuse for it before the advent of the Big Bang, but it should have been clear to Davies in particular that there is no place for it at all in the world-view of a person who believes that the universe had an absolute beginning. 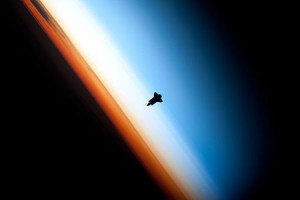 The fact that every thing around us is temporal and that it could not have been created except by an eternal Creator has been known to human beings since the dawn of their creation, and it is still the belief of the overwhelming majority of people all over the world.[1] It would, therefore, be a mistake to get from this paper the impression that it hinges the existence of God upon the truth of the Big Bang theory.  That certainly is not my belief; neither was it the purpose of this paper.  The main thrust of the paper has rather been that if an atheist believes in the big bang theory, then he cannot avoid admitting that the Universe was created by God.  This, in fact, is what some scientists frankly admitted, and what others hesitantly intimated to.

There is no ground for supposing that matter and energy existed before and was suddenly galvanized into action.  For what could distinguish that moment from all other moments in eternity? …  It is simpler to postulate creation ex nihilo, Divine will constituting nature from nothingness. (Jastro,122)

As to the first cause of the universe in the context of expansion, that is left to the reader to insert, but our picture is incomplete without Him. (Jasrow,122)

This means that the initial state of the universe must have been very carefully chosen indeed if the hot big bang model was correct right back to the beginning of time.  It would be very difficult to explain why the universe should have begun in just this way except as the act of a God who intended to create beings like us. (Hawking,127)

Berman, David, A History of Atheism in Britain, London and New York, Routledge, 1990.

Boslough, John, Stephen Hawking’s Universe: an Introduction to the most remarkable Scientist of our Time,  Avon Books, New York, 1985.

“The most recent Gallop data indicate that 96 per cent of Americans say they believe in God… “ , (Carter, Culture, 278).  The percentage must surely be greater in the non Western world.