There Is No God but Him (Allah) 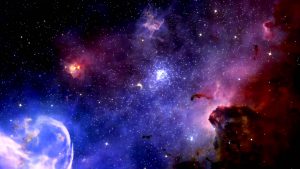 The entire universe and everything in it was created by God. Before the creation of the universe, nothing existed, in the material sense.

There is no God but Him (Allah)

The essence of Islam is to know of the existence of God, and to understand that there is no god but Him. To practice Islam is to allow this truth to manifest itself in every aspect of one’s life. According to the Qur’an:

Most people think that matter, the underlying substance of the universe, has an absolute existence, and regard God as but an abstract idea. (God is truly beyond what they ascribe to Him) The truth is, however, only God truly exists, and the rest is merely His creation.

The entire universe and everything in it was created by God. Before the creation of the universe, nothing existed, in the material sense. It was all non-existence. At the moment when the universe was created, the Al-Awwal (The First) and Al-Akhir (The Last) God, Who is unbounded by time and space, created time, matter and space. The Qur’an relates this matter as follows:

“The Originator of the heavens and earth. When He decides on something, He just says to it, ‘Be!’ and it is.” (Al-Baqarah: 117)

Contrary to the perceived wisdom, God did not create matter and then leave it on its own. Everything happening, even at this very instant, is ordained by God. Every raindrop, each child that opens its eyes to the world, the process of photosynthesis in plants, all the bodily functions of living things, the courses of stars in far remote galaxies, each seed sprouting forth, or any other event that we might think of, or fail to think of, are all ordained by God. It is God Who creates all things. Every event occurs within His command:

“It is God Who created the seven heavens and of the earth the same number, the Command descending down through all of them, so that you might know that God has power over all things and that God encompasses all things in His knowledge.” (Al-Talaq: 12)

“He Who originates creation and then regenerates it and provides for you from out of heaven and earth. Is there another god besides God? Say: ‘Bring your proof if you are being truthful.’” (Al-Naml: 64)

Were the universe left to its own will, it would become disordered, scattered and corrupted. However, the perfect equilibrium in all things, from the cells of a living organism, to the stars in deep outer space, all reveal the existence of something that is controlling them at every moment, with the same perfection as their original creation. In any corner of the universe, one will always come to recognize a flawless plan:

“He Who created the seven heavens in layers. You will not find any flaw in the creation of the All-Merciful. Look again—do you see any gaps? Then look again and again. Your sight will return to you dazzled and exhausted!” (Al-Mulk: 3-4)

Denying that God is the Creator, and attributing divinity to that which He created, despite the abundance of proof to the contrary, is as nonsensical as claiming that a skyscraper was not built by construction workers, but came into being by the free will of bricks, or the placement of one on top of the other by pure coincidence.

The perfect order in the universe, and the supreme design of living things, reveals to us that they must have all been created by a single Creator. If there were other gods, that is, others capable of similarly ordaining their will, disorder and confusion would prevail. That there is no god but Him, and that no other being in the universe has any similar power, is related in a verse of the Qur’an as follows:

“God has no son and there is no other god accompanying Him, for then each god would have gone off with what he created and one of them would have been exalted above the other. Glory be to God above what they describe.” (Al-Mu’minun: 91)

In the supplication below, the Prophet Muhammad (saas) stressed that there is no deity but God and a believer has to turn to Him in all matters:

As stressed above, there is no other god beside Him. He has no son. He is above such human attributes. We clearly understand from the verse below that those religions claiming that God has a “son” are misguided. The Oneness of God is further emphasized in the Qur’an as follows:

“Say: ‘He is God, Absolute Oneness, God, the Everlasting Sustainer of all. He has not given birth and was not born. And no one is comparable to Him.’” (Al-Ikhlas: 1-4)