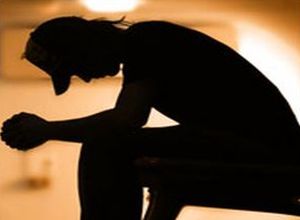 Many people frequently fall into despair when faced with an unexpected and sudden event. Take the example of those who have been unsuccessful at work, lost something they love or failed an important exam.

If such things have become their goals, they will be unable to cope with such unexpected results and experience great sadness, for they have placed all of their hopes and goals upon the chain of events happening as they had envisioned.

However, life does not always go according to one’s plans, which means that people can face many unexpected events. For example, somebody who really wants to be an architect will study very hard for the entrance exam. All of her future plans are based upon becoming an architect. But something she never expects happens: She is accepted into another program. Having planned to become an architect, she now finds herself studying for an entirely different career.

A young man who is very interested in sports and has planned to dedicate his life to sports may suffer an injury that forces him to abandon his dream. Or, a couple may have furnished their new home with loving care, only to be forced into selling it without ever having lived in it.

Many similar unexpected events may befall people throughout their lives, for, in reality, no one knows what is going to happen even one second from now. The only thing that we know for sure is that everything in a person’s life is determined long before he or she is even born. In other words, all events in a person’s life are determined in “timelessness.” When the appointed day and time arrive, he or she will experience that event, because Allah has made it part of their destiny. Given these facts, it will come to pass.

We can clarify this with a common daily occurrence. Imagine two cars at the exact moment when they crash into each other. Both drivers definitely wanted to be somewhere else seconds before this event. Maybe they wanted to get home to their waiting families or get to work. Both individuals had left their homes at specific times and gotten into their cars. Perhaps they experienced a second of indecisiveness before turning onto that particular street, but then eventually decided to do so. Either one or both of them could have been very cautious people who always drive with the utmost care. But just at that moment, they could have taken their eyes off the road for a second to change the cassette or do something else. Everything had been specially planned for that event, and every little detail led them toward it.

Generally, any event, whether cars crashing into each other or any other unexpected event, takes place within a matter of seconds. From the drivers’ loss of concentration to the music playing and the clothes are worn – Allah had created and planned every detail of that particular event in His destiny. The person who was going to have that accident wore those clothes, left home and turned onto the street where the accident would occur. Nothing could have prevented it.

This is how Allah the Almighty preordains events. At this point, people begin to use the following logic: “If only I hadn’t gone into that street” or “If only I hadn’t been playing with the tape and had concentrated on the road.” But such logic is quite faulty and incorrect and, moreover, leads to unending complaining and regret. Although many causes may be found for the accident, the reality is that the accident and its causes were created in the course of destiny.

A person coming face to face with this truth for the first time might think: “Okay. Well, what could I have done? If everything is already written in my destiny and Allah knows about them, how am I supposed to behave when these situations occur?”

The Qur’an answers the above questions very clearly, and so we turn to it to find the truth for everything. According to the Qur’an, the best way to act and the best attitude to have is to submit to our destiny, look for the best in everything, not to get upset or fall into despair, and to be a grateful servant under all circumstances.

“Say: Nothing can happen to us except what Allah has ordained for us. He is Our Master. It is in Allah that the believers should put their trust.” (At-Tawbah  9:51)

Just as Almighty Allah is the Creator of the universe and all of its contents, which include every living and non-living thing, so is He the Creator of every event in all of its minute details. The Qur’an presents this truth in the following verse:

“That is Allah, your Lord. There is no god but Him, the Creator of everything. So worship Him. He is responsible for everything.” (Al-An`am 6:102)

Muslims who have faith in Allah, believe in the Hereafter’s existence and fear Allah, submit to our Lord, Who has created everything. In other words, they submit completely to whatever happens to them and do not despair, because they know that He controls everything and is their best friend and protector. Muslims know that panicking or losing hope are very wrong, because Allah, the most perfect Creator, has created every event. Thus, the event in question has been created in the most perfect way. Even though sometimes the events may appear to be negative, each believer knows that good comes out of everything.

Believers and unbelievers have very different reactions to events. For example, a believer may be late for an interview that she assumes will be good for her and thus lose a unique opportunity. However, assured that everything is predestined and that her being late is utterly under Allah’s control, she sees a good in this unexpected event, thanks to Allah for it, and hopes for a better end. She knows that it would be wrong to attribute this turn of events to such causes as traffic congestion or a flat tire. Indeed, if Allah had so willed, traffic congestion would have reduced or the tire would not have been punctured.

These or similar conditions are surely the apparent reasons for being late. Yet, more important than these apparent reasons is Allah’s divine plan, which specially decreed that event long ago, and that destiny was only fulfilling itself as Allah the Almighty willed.

In the above example, Allah decreed that the person in question would miss the interview. Consequently, there is no way that she could have been there.

All obstacles come into existence because Allah wills a good for believers. If people are to understand this submission fully, they must take Allah as their sole Friend and Protector and turn to Him the Almighty in complete sincerity. A most telling characteristic of the morality that Allah wills for believers are that they do not become sad or negative or fall into despair, no matter what they may encounter.

Hopelessness indicates disbelief or weak faith and is a consequence of one’s failure to comprehend that everything takes place according to destiny. Allah draws our attention to this error, for under despair lies a mood and rationale opposed to the very values of the Qur’an. Such an attitude is forbidden because Allah advises people to trust in Him, be hopeful, and see good in all that happens.

Republished from the author’s book Hopefulness In The Qur’an.