The time when the eggs hatch is most important, because, in the event the crocodile failed to hear the noises coming from the nest, the young would be suffocated.  The mother crocodile brings the eggs out and helps the offspring out of their eggs by using her teeth as tweezers.  The crocodile, with her razor-sharp teeth, avoids the slightest movement likely to injure her young.  The safest place for the newly born is the protective pouch in its mother’s mouth which is specially designed to shelter half a dozen newly born crocodiles. 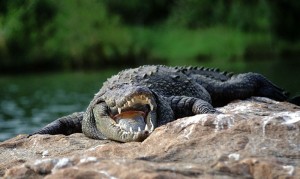 The meticulous care and concern a wild animal like the crocodile shows its offspring is only one of the examples proving the invalidity of the evolutionist claim of the struggle for life which maintains that the strong survive while the others are defeated and disappear.

The dolphin is another animal known for its self-sacrificing behavior.  Dolphins raise their offspring with great care from the moment they are born.  As soon as the newborn dolphin is born, it has to go up to the surface of the water for oxygen.  To provide this, the mother dolphin shows amazingly conscious behavior and, using the tip of her nose, gently pushes the offspring above the surface of the water. 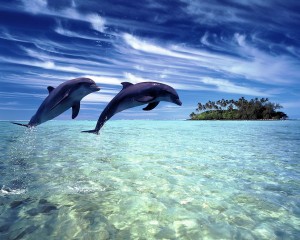 Just before birth, the movements of the mother dolphin slow down considerably.  For this reason, two other females always accompany the mother dolphin during birth.  Always remaining on either side of the mother, the assistant dolphins assume the responsibility of protecting her from possible attacks by sharks that might be attracted by the smell of blood.

How can this instinct, defined by evolutionists as “a drive observed in animals but not completely understood”, guide animals to become civil engineers while building their nests, perfect soldiers while protecting their young or colonies, and turn even the most aggressive species into compassionate and gentle creatures towards their young?

Indeed, Darwin also had difficulties in answering this query, which he, himself, put forward.  He often left related questions unanswered too.  In his book The Origin of Species, he asks the following questions:

Thirdly, can instincts be acquired and modified through natural selection?  What shall we say to so marvelous an instinct as that which leads the bee to make cells, which have practically anticipated the discoveries of profound mathematicians? (Charles Darwin, The Origin of Species, p.205)

As seen, Darwin’s doubts on “Natural Selection” are quite precise.  Although Darwin himself confesses that Natural Selection is not a reasonable explanation, the majority of evolutionists still insist on adhering to this fallacy.

Yet, every human being who observes nature with clear consciousness sees that living things are not brutal, tough or uncompassionate because of the so-called struggle for life.  On the contrary, living beings are self-sacrificing because of the “inspiration” their Creator bestowed upon them.

As expressed in the 68th verse of the 16th chapter, which says:

“Your Lord revealed to bees…” 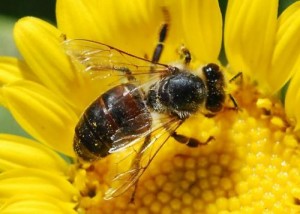 “God” the Lord of the heavens and the earth and everything in between, the Infinitely Compassionate and Oft-Forgiving has control over all living things.  Their instincts, which Darwin was unable to explain within the scope of evolution, are actually the inspiration given by God to all living things.

All life in nature is created by God.  All living things come into being by the Will of God and behave in compliance with His inspiration.  The self-sacrificing behavior, kindness and care living beings display towards their young are merely the reflection of God’s name, the “Compassionate”.  This is revealed in the 7thverse of the 16th chapter:

“Your Lord is All-Gentle, Most Merciful.”

The Prophet himself stated:

“Indeed God specified one portion of His Mercy to the world, and with that a mother cares for her young, and wild animals and birds care for each other.” (Saheeh Muslim)

One thought on “Instincts, Science, and Religion: An Islamic View”