This shows us that science and religion are not conflicting sources of information, but that, on the contrary, science is a method that verifies the absolute truths provided by religion.  The clash between religion and science can only hold true for certain religions that incorporate some superstitious elements as well as divine sources.  However, this is certainly out of the question for Islam, which relies only on the pure revelation of God.  Moreover, Islam particularly advocates scientific enquiry, and announces that probing the universe is a method to explore the creation of God.  The following verse of the Quran addresses this issue:

“Do they not look at the sky above them?  How We have built it and adorned it, and there are no rifts therein?  And the earth – We have spread it out, and set thereon mountains standing firm, and caused it to bring forth plants of beauteous kinds (in pairs).  An insight and a Reminder for every slave who turns to God.  And We send down from the sky blessed water whereby We give growth unto gardens and the grain of crops.  And tall palm-trees, with shoots of fruit-stalks, piled one over another.” (Quran 50:6-10) 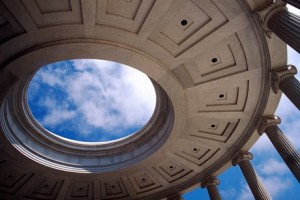 As the above verses imply, the Qur’an always urges people to think, to reason and to explore everything in the world in which they live.  This is because science supports religion, saves the individual from ignorance, and causes him to think more consciously; it opens wide one’s world of thought and helps one grasp the signs of God self-evident in the universe.  Prominent German physicist Max Planck said:

Anybody who has been seriously engaged in scientific work of any kind realizes that over the entrance to the gates of the temple of science are written the words: Ye must have faith.  It is a quality which the scientist cannot dispense with. (J. De Vries, Essential of Physical Science, Wm.B.Eerdmans Pub.Co., Grand Rapids, SD 1958, p. 15.)

All the issues we have treated so far simply put it that the existence of the universe and all living things cannot be explained by coincidences.  Many scientists who have left their mark on the world of science have confirmed, and still confirm this great reality.  The more people learn about the universe, the higher does their admirations for its flawless order become.  Every newly-discovered detail supports creation in an unquestionable way. 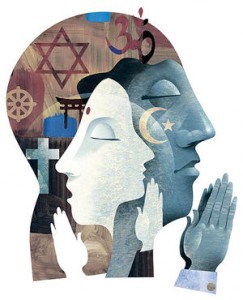 The great majority of modern physicists accept the fact of creation as we set foot in the 21st century.  David Darling also maintains that neither time, nor space, nor matter, nor energy, nor even a tiny spot or a cavity existed at the beginning. A slight quick movement and a modest quiver and fluctuation occurred.  Darling ends by saying that when the cover of this cosmic box was opened, the tendrils of the miracle of creation appeared from beneath it.

Besides, it is already known that almost all the founders of diverse scientific branches believed in God and His divine books.  The greatest physicists in history, Newton, Faraday, Kelvin and Maxwell are a few examples of such scientists. 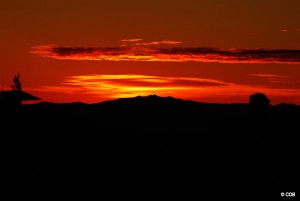 “This most beautiful system of the sun, planets, and comets could only proceed from the counsel and dominion of an intelligent and powerful Being.  This Being governs all things, not as the soul of the world, but as Lord over all, and on account of His dominion.  He is wont to be called Lord God, Universal Ruler.” (“Principia”)

As is evident, thousands of scientists who have been doing research in the fields of physics, mathematics, and astronomy since the Middle-Ages all agree on the idea that the universe is created by a single Creator and always focus on the same point.  The founder of physical astronomy, Johannes Kepler, stated his strong belief in God in one of his books where he wrote:

“Since we astronomers are priests of the highest God in regard to the book of nature, it befits us to be thoughtful, not of the glory of our minds, but rather, above all else, of the glory of God.” (Dan Graves, Scientists of Faith, p. 51)

The great physicist, William Thompson (Lord Kelvin), who established thermo-dynamics on a formal scientific basis, was also a Christian who believed in God.  He had strongly opposed Darwin’s theory of evolution and totally rejected it.  In 1903, short before his death, he made the unequivocal statement that, “With regard to the origin of life, science… positively affirms creative power.” (David Darling, Deep Time, Delacorte Press, 1989, New York.) 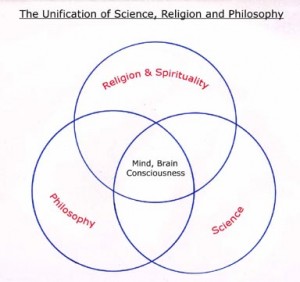 One of the professors of physics at Oxford University, Robert Mattheus states the same fact in his book published in 1992 where he explains that DNA molecules were created by God.  Mattheus says that all these stages proceed in a perfect harmony from a single cell to a living baby, then to a little child, and finally to an adolescent.  All these events can be explained only by a miracle, just as in all the other stages of biology.  Mattheus asks how such a perfect and complex organism can emerge from such a simple and tiny cell and how a glorious human is created from a cell even smaller than the dot on the letter ‘I’.  He finally concludes that this is nothing short of a miracle. (Robert Matthews, Unraveling the Mind of God, London Bridge, July, 1995, p.8)

Some other scientists who admit that the universe is created by a Creator and who are known by their cited attributes are:

Michael Faraday (one of the greatest physicists of all times)

Gregory Mendel (the father of genetics; he invalidated Darwinism with his discoveries in the science of genetics)

Louis Pasteur (the greatest name in bacteriology; he declared war on Darwinism)

Blaise Pascal (one of the most important mathematicians)

John Ray (the most important name in British natural history)

Matthew Maury (the founder of oceanography)

Thomas Anderson (one the pioneers in the field of organic chemistry)