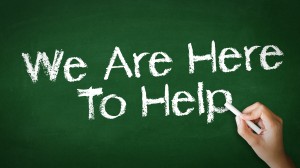 Among the practices of being concerned about Muslims’ issues is that a Muslim must be keen on fulfilling the needs of others and offer them help whenever is needed, led by the belief that such practices are much better than many acts of worship and good deeds. Narrated by Al-Bukhari and Muslim from Anas that the Prophet, peace be upon him, set out on a journey when some of his companions were fasting while others were not. Those who were fasting did nothing, but those who were not, took care of the camels [i.e served, watered and fed the camels]. They worked and carried out their duties. ( In another narration: they set up tents and provided the traverllers with water). The Prophet, peace be upon him, said “The breakfasters gained most of the reward today”.

Led by this awareness, Ibn Abbas, may Allah be pleased with him and his father, left seclusion (I’tikaf) in the Mosque of the Prophet, peace be upon him, just to walk with a disappointed distressed Muslim to fulfill his need.

This sublime duty is emphasized if you are one of the influenced people in the community or if you hold one of the positions or authories that people desire and fear. There is a kind of zakat that is imposed on authority that must be paid exactly as money zakat must be paid. Thus, if Allah grants you an authority on earth or influece on people, you have to know that this is not meant to make you feel proud after your meaness, or boast after your modesty. Instead, Allah has bestowed this on you to be invested in the needs that would only be fulfilled through you. If you carry them out, you then perform the exact duty imposed on you, and get the promised reward; otherwise, you deny the grace and make it subject to be taken away from you. Narrated from the Messenger of Allah, peace be upon him: “Allah has bestowed on people graces and He will keep these graces at their hands as long as they fulfill the needs of Muslims unless they deny them. If they deny them, then Allah will take these graces from them and grant them to others.” (Al-Tabarani)

Some officials make little of people’s standing at their doors. They think this matter is insignificant while it is, in the sight of Allah, tremendous. The Prophet of Allah, peace be upon him, says: “If Allah invests to someone the affairs of the Muslims and he (i.e., the ruler) ignores their rights, denies their access to him and neglects their needs, Allah will not answer his prayer or realize his hopes and will act towards him with indifference on the Day of Resurrection.” (Narrated by Abu Dawud and At-Tirmidhi]

Commentators on the Qur’an explained “al-Ma’un” (small kindness) in Allah’s saying: “So woe to the ones who pray, Who are they that are unmindful of their prayer, Who are they that show off, And (refuse and) prevent (small) kindnesses”, using different interpretations, some of the most important was what Ibn Abbas said: “al- Ma’un is all good deeds that people exchange among themselves.”

Ibn Mas’ud said: “It is a comprehensive noun that refers to the household utilities like an exe, a pot, fire and the like.”

Others argued that al-Ma’un in the pre-Islamic era meant everything that offers any usefulness, including an axe, a pot, a bucket and/or a lighter. All these opinions are quite similar indicating that “Ma’un” which exposes those who deny it to torture and woe is the utility that the Muslim can afford to give his fellow who needs it.

About the reason for torturing the unbeliever on the Day of Resurrection Allah, the Almighty said:

“Indeed, he did not use to believe in Allah, the Most Great, nor did he encourage the feeding of the poor.” (Al-Haqqah: 33-34)

Failure to encourage the feeding of the poor is a negative reaction that Allah, the Almighty, does not accept from a Muslim who knows how needy his fellow Muslim might be, but is not willing to help or encourage others to offer help. What is meant in this context is not just feeding, as those who do not find clothes to wear, or cover to protect themselves from the extreme heat and cold are no less needy than those in need of food. They might be frozen or killed by cold or they might be striken by the sun which might kill them. The same applies to the injured, the patient and the disabled.