God in the School Curriculum 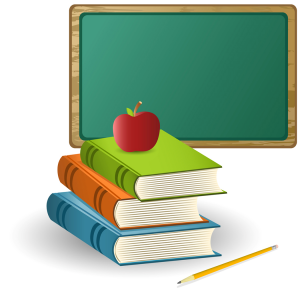 Disempowered, disillusioned, and increasingly unemployed, young people are growingly dissatisfied, and this is mirrored in the growing violence in schools and in the growing problem of failing education in key developed countries.

God in the School Curriculum

The year 2007 has been a year full of challenges, challenges of religious identity in the public sphere. While we as Muslims have focused on fighting Islamophobia, followers of other religions have also been prevented from expressing themselves.

From the crucifix as a pendant, through the chastity ring of Christian schoolgirls, to the overreactionary response to the hijab, and even the question of removing “In God We Trust” from the US dollar, all raise questions that are not always answered, but acted upon.

In the Council of Europe, there was a draft resolution (adopted in October 4, 2007) concerning the teaching of “creationism” in schools. But what is creationism?

Simply put, creationism is the belief that all that is in the universe is created by God.

Pro-creationists are many and come from different religious backgrounds:

On the other hand, anti-creationists believe in:

The Council of Europe’s Committee on Culture, Science and Education has issued a document entitled “The Dangers of Creationism in Education” in September 2007. The basic argument of this document is that creationism is unscientific and that the theory of evolution represents the scientific discipline for understanding of life on this earth.

The resolution poses the teaching of creationism as a threat within the education system, which “undermines” democracies. It states,

#2 Creationism, born of the denial of the evolution of the species through natural selection, was for a long time an almost exclusively American phenomenon. Today creationist ideas are tending to find their way into Europe and their spread is affecting quite a few Council of Europe member states.*

#3 The prime target of present-day creationists, most of whom are Christian or Muslim, is education. Creationists are bent on ensuring that their ideas are included in the school science syllabus. Creationism cannot, however, lay claim to being a scientific discipline. *

#5 We are witnessing a growth of modes of thought which, the better to impose religious dogma, are attacking the very core of the knowledge that we have patently built on nature, evolution, our origins, and our place in the universe. [Statement has been changed in the adopted resolution.]*

#15 The Council of Europe has highlighted the importance of teaching about culture and religion. In the name of freedom of expression and individual belief, creationist ideas, as any other theological position, could possibly be presented as an addition to cultural and religious education, but they cannot claim scientific respectability.*

The document argues for the scientific basis that the theory of evolution has been founded upon is tinted with a degree of paranoia, citing scientific and medical discoveries as the sole product of the theory. It argues against creationism with strong political overtones, identifying “Muslim creationism” with Islamic fundamentalism, without knowing the nature of Islamic precepts.

Education of Our Children

Modern science has shaped the modern education system and hence the moral fiber of our children for over 150 years. In that period, we have seen the demise of the moral structure of many societies, increasing unaccountability, abuse of human rights, dysfunctional families, and violence as an acceptable status quo, the means of which has control of the rights of others.

Within that period, we have also witnessed the removal of the ethics that religions have to offer from the classroom. These ethics are no more evident in the shaping of the New Middle East. We have also seen an increase in poverty with the wealth of the many in the hands of a few.

The document expresses the belief that by not teaching “key theories,” such as evolution, harm is being caused to the education of children. It states the opinion that by learning such theories, young people are able to play a part in changing their societies.

But so far, that change has not been in the interest of young people, and society at large.

Disempowered, disillusioned, and increasingly unemployed, young people are growingly dissatisfied, and this is mirrored in the growing violence in schools and in the growing problem of failing education in key developed countries.

Of those who are qualified and able to go on to higher education, those who are disabled and marginalized by being priced out of higher education can be increasingly found. This has not been a result of creationists, because if it was, the alarm bell would have been rung a long time ago. If anything, it has been the hands of creationists, in the hands of evolutionists.

Increasingly, parents are turning to home schooling as a savior from the troubles that plague modern education, but not all parents are predisposed to do that. Caught among the demands of the cost of living, home life often takes a backseat.

How will parents react if this resolution now that is approved and will be implemented? What such resolutions will do is make parents question the type of school they send their children to. Parents may initiate the building of more religious schools that may or may not be equipped to educate our children for life. One thing for sure is that the resolution will awaken parents to the reality that education begins at home. It will awaken them to the fact that the kind of ethics they want their children to grow up with will have to be taught at home.

`Abdullah ibn `Umar reported Allah’s Messenger (peace and blessings be upon him) as saying, “The whole world is a provision, and the best object of benefit of the world is the pious woman.” (Muslim 8:3456)

Change does not happen because we want change, but because we are equipped in the right way to make that change.

*The numbers refer to articles in Document 11375 before the draft resolution was adopted. These numbers have been changed in the final version of the resolution.

Hwaa Irfan is the Editor of the Family, Cyber and Parenting Counselor Pages at Islam Online.net. and the Managing Editor of the Social Desk: Family & Counseling Services as well as Muslims 4 Humanity (Youth)