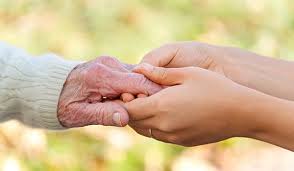 This system which has been established by religion is based on pure heart.

Treatment is an interaction between two sides through which they exchange words, deeds or affairs including communication, correspondence, conciliation, dispute, etc. The concluding message set for humanity the rules for co-existence which led it along the way to goodness and success in this world and the Hereafter.

This system which has been established by religion is based on pure heart. Believers, men and women are allies to each other, the relationship of the believer with another believer is like (the bricks of) a building, each strengthens the other. Muslims are brothers. Moreover, when belief is established and the hearts are open to the light of Allah, He (Allah), the Beneficent, the Merciful guides the believers, brings their hearts together and deepens the love that unites them. Allah, the Almighty says:

***“Those who believe and do righteous deeds, the Merciful will assign for them love”. (Maryam 19: 96)

When belief is true, good manners are shown by the believer who is guided to good words and deeds. From the revelation of our Lord, Majestic and Splendid, to our Prophet (Peace and blessings be upon him) who represents a model in all circumstances and qualities, we learn how belief provides our people and nation with good deeds. Allah’s Messenger (Peace and blessings be upon him) said: “The relationship of the believer with another believer is like (the bricks of) a building, each strengthens the other”.

He, Allah’s Messenger (Peace and blessings be upon him) also said: “The example of the believers in their affection, mercy, and compassion for each other is that of a body. When any limb aches, the whole body reacts with sleeplessness and fever”.

Love for wishing good for all Muslims is obligatory in Islam, necessary for true belief and an outcome of pure sound belief. Therefore, Allah’s Messenger (Peace and blessings be upon him) said: “By Him in whose Hand is my soul, a servant does not believe until he loves for his brother what he loves for himself of goodness”.

One of the aspects of good manners and co-existence in Islam is being good to parents, maintaining the ties of kinship, compassion for youngsters, fair financial transactions and showing affection towards people and is liked by them.