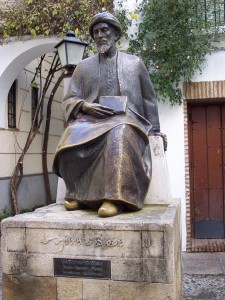 Imam Ibn Taymiyyah rated Ibn Hazm quite highly and said that there is no one who can compete with him in depth of wisdom, arguments and logical reasoning

Who was Imam Ibn Hazm?

Ali ibn Sa`eed ibn Hazm ibn Talib, better known as Imam Ibn Hazm al-Zahiri, lived through a politically unstable era in Andalus (Spain) between the terminal years of fourth century Hijri and the middle of the fifth century Hijri. There were frequent changes at the throne exhibiting a constant procession of kings. Umayyads and `Alawis were engaged in a mutually annihilating war which had turned the Iberian Peninsula into a battlefield.

According to one version, he was of Persian descent and a liberated slave of Yazid b. Sufyan. Some others believe him to be of Spanish descent.

His Personal Faculties and Mentors

He possessed a sharp intellect. Constant study of scholarly works considerably enhanced his knowledge and intellectual stature. He had several mentors. A few of them are: 1-Yahya b. Mas`ud, 2-Abu `Umar b. Muhammad 3-Yunus b. `Abdullah, 4-Hamam b. Ahmad, 5-Muhammad b. Sayeed, 6-`Abdullah b. Rabi`, 7-Abu `Umar Ahmad b. Muhammad, 8- Ahmad b. Qasim b. Asbagh and several others, quite a few of them justices in the courts. However, his scholarship exceeded that of the best of his times. He turned out to become an outstanding scholar with amazing abilities in every field of learning, so much so that he was able to start a school of Fiqh after him, which, if it did not do well, it was because of the high intellectual demand it makes on the adherent.

His Seeking of Knowledge

Ibn Hazm traveled through the entire Iberian Peninsula for the sake of studies. Having finished his education, he stepped into politics but had to suffer setbacks. He was thrice imprisoned. This frustrated him and he quit politics and again engaged himself in scholarly pursuits.

His doctrine was in conformity with the Qur’an, Hadith and all the righteously guided ancestors. However, later, it became opposed to the current schools due to the amalgamation of elements of philosophy and free-thinking. Dr. Ahmad b. Nasir al-Hamad has elaborated his doctrine in the following manner: Ibn Hazm maintained that Allah should not be attributed with the physical functions among the human beings such as hearing, seeing or speaking even though He is referred to in terms of Sami`, Baseer etc. Instead of the standard practice of not dwelling upon topics such as Allah’s Face, Hands, Istawa’ or Nuzul, he offered interpretations, although he follows the line of the pious ancestors in description of Allah’s persona, e.g., an-Nafs, al-Dhat etc. as well endorsing their position over Beatific Vision, Allah’s Speech etc.

Initially, Ibn Hazm followed the Maliki school of jurisprudence as it was commonly prevalent in Spain. Later, he learnt the Shafe`i principles and began to follow this school. However, as his learning increased, he became what is described as the Zahiri in Madh-hab. He laid down its principles inasmuch as it became part of his name.

As other exegetes, Ibn Hazm deems it valid for the Qur’an to be translated into other languages. He produced several Tafsir (exegeses) works and added a book on Qur’anic rhetoric and intonation (Qira’ah).

While discussing the sources of Islamic law, the Qur’an and Sunnah, he discussed some of the key technical terms and gave them new meaning and dimensions. For instance, regarding Ta’weel (true interpretation), he maintained that it is of two types:

1-Words whose meanings are evident and the meaning in the dictionary – though different – carry evidence for the departure from the conventional. This may be accepted.

2- Such words whose meanings are evident but the meanings in the dictionary are different but do not carry evidence for the departure from the conventional. Such Ta’weel ought to be rejected.

He believed that deviating from the conventional meaning can be allowed only on three conditions: presence of another text (Nass), wide consensus, and apparent need.

Ibn Hazm was not merely a great Muhaddith, but also an expert critic. Hafiz Dhahabi places him among the 13th category of cross-examiners and says his cross-examination is credible. However, Ibn Hazm differed with other Hadith doctors over some narrators, whom he rejected although they accepted them.

He also differed with others over the evaluation of Hadith works. He placed the books of Hadith in four categories, with Sahih Bukhari, Sahih Muslim, Sahih Ibn al-Sukun, Muntaqa of Ibn al Jarood and Al-Muntaqa of al-Qasim b. Asbagh in the first category, and some 20 others in three other groups. But Dhahabi criticized him for not placing Ibn Majah and Tirmidhi in the first category which they very well deserve. Perhaps this was because these two books reached Spain much after the death of Ibn Hazm. Similarly, Dhahabi thought Imam Malik’s Muwatta’ deserved a place in the first category. 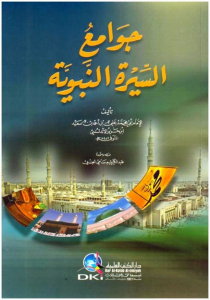 Ibn Hazm indulged in Ijtihad following recognized framework of principles which he laid out in his books, more particularly in the book titled Al-Muhalla. Ibn Hazm exercised Ijtihad on the basis of the Nusoos of the Qur’an (such indispensable commands of the Qur’an in which nobody has any doubt), sound Hadith, and Ijma` (consensus). He declared that it was not fair on anybody’s part to issue a Fatwa, or deliver a judgment, unless he himself practices what he expects of others. He said that the Qur’an must be referred first, then Hadith of the Prophet and finally the consensus of the companions of the holy Prophet. Ibn Hazm considered it an integral part of Ijtihad to follow the consensus of the holy companions. In the fourth place, one should also take into account all such evidences that could be explored.

Ibn Hazm rejected Qiyas and Istinbat as invalid. He described Istihsan as an outcome of the third century and that it comprised of only the fiats of the Muftis which people have adopted as good. He rejected them. He does not consider it incumbent upon Muslims to follow the Shari`ah (law code) of the earlier Prophets offering the following verse: Likullin ja`alna minkum shir`atan wa minhaja (Al-Ma’idah: verse 48) which is interpreted as every Ummah had its own Shari`ah.

He disregarded even the practices of the people of Madinah (a principle of great importance for Imam Malik). He thought that it was not necessary for Muslims to follow or emulate what the people of Madinah practiced. He thought that what is obligatory for Muslims is to refer to Qur’an and Hadith whenever they require guidance and not to seek it elsewhere.

About Taqlid, his opinion was that it was prohibited and it is not right for Muslims to follow their ancestors. Nothing should be accepted without arguments and proper reasoning. He also maintained that it is not incumbent upon Muslims to follow the Madh-hab of the Companions of the Prophet. Needless to point out, the great majority of scholars throughout the ages have differed with him, and, interestingly, he is popular with those who have differed with the great majority.

Yet, there have been many followers of Ibn Hazm in marginal issues, such as: Ahmad b. `Abdul Malik b. Abi Marwan Al-Ansari, Bakar b. Khalaf b. Sa`eed b. `Abdul `Aziz Al-Ghifaqi, Tilmiz Al-Hameedi Muhammad b. Abi Nasar, Al-Hafiz Abul Khattab, Yazid al-Razi Muhammad b. `Abbad.

Imam Ibn Taymiyyah rated Ibn Hazm quite highly and said that there is no one who can compete with him in depth of wisdom, arguments and logical reasoning. Similarly, Ibn al-Qayyim, Imam Muhammad b. Isma`il al-San`ani and Imam Muhammad b. `Ali al-Shawkani admired his skills in jurisprudence and Ijtihad.