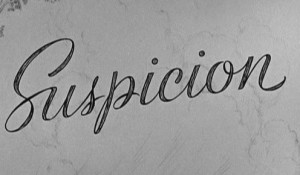 The first class: Keeping away from what is prohibited by fatwa (religious opinion) and this does not need examples.

The second class: Avoiding any suspicion recommended but not required to be avoided as in: “Leave what makes you doubt for what does not make you doubt”.

The third class: Avoiding what is not for Allah, the Exalted, i.e. the piousness of the men of truth”.

A Muslim should guard against doubtful things so that he may keep his religion and honor blameless. An-Nu`man bin Bashir (May Allah be pleased with them) reported: Messenger of Allah (PBUH) said, “What is lawful is clear and what is unlawful is clear, but between them are certain doubtful things which many people do not know. So he who guards against doubtful things keeps his religion and his honor blameless. But he who falls into doubtful things falls into that which is unlawful, just as a shepherd who grazes his cattle in the vicinity of a pasture declared prohibited (by the king); he is likely to stray into the pasture. Mind you, every king has a protected pasture and Allah’s involved limits are that which He has declared unlawful. Verily, there is a piece of flesh in the body, if it is healthy, the whole body is healthy, and if it is corrupt, the whole body is corrupt. Verily, it is the heart.”

The Prophet, peace be upon him, was the most pious and fearing people to Allah, and in that context, he said: “I am about to lift a fruit which I find on my bed at home, but then I abandon it for fear that it may belong to the money dedicated to charity”.

Similarly, his followers, May Allah be pleased with them, used to abandon nine tenths of the lawful for fear of getting caught in the unlawful.

The fourth class: Guarding against doubtful things includes avoiding exposing oneself to suspicions and doubt. This is what the Prophet , peace be upon him, did when he said to whom he saw him (the Prophet) standing with Lady Safyiah: “ She is Safyiah Bint Huyyai” so that he might keep his honor blameless and ward off suspicions, as Satan flows through the human being like blood in veins.” Therefore, a Muslim should ward off suspicions to keep his religion and honor blameless.

Aspects of warding off suspicions include: