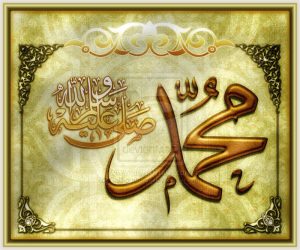 The Sunnah also prohibits extravagant indulgence in eating and drinking as it causes bodily harm.

Al-Qaradawi stated that the Prophet (peace and blessings of Allah be upon him) used to admonish some people for the irresponsible pollution or infection of the environment. The blessed Prophet called certain actions “the actions that provoke curses” (Abu Dawud). Among these actions are urinating in water, urinating in the bath, relieving oneself in the shade or where people take shelter, and relieving oneself in the roads.

Also, Imam Muslim reported on the authority of Abu Hurairah:

“Avoid the practice of the two things that provoke cursing: relieving oneself in roadways where people walk and in shaded places where people take shelter.”

Relieving oneself includes excretion of both urine and feces. Islamic jurists say doing it in public places is makruh (condemned and discouraged). In the opinion of Al-Qaradawi, however, it actually approaches the degree of prohibited. Imam An-Nawawi and Imam Adh-Dahabi both agreed that it was “one of the major sins” (Qaradawi 14).

Our beloved Messenger also prohibited bathing in stagnant water as it may cause diseases; he said,

“None of you should wash in standing water when you’re in a state of janabah (major ritual impurity.)” (Muslim)

The Prophet passed by some people from the tribe of Aslam while they were competing in archery (in the market). He said to them, ”Shoot O children of Isma`il, your father was a skilled marksman. Shoot and I am with so and so.”

One of the two teams therein stopped shooting. The Prophet asked, ‘Why do not you shoot?‘

They answered, ‘How could we shoot while you are with them (the other team). He then said, ‘‘Shoot and I am with you all.” (Al-Bukhari)

This hadith was mentioned in one of Ibn Taymiah’s books, Al-Montaqa Min Akhbar Al-Mustafa, (Chosen Traditions from the News of the Prophet) in a chapter entitled “Urging Archery” (Al-Qaradawi 21). Undoubtedly, the Sunnah encourages sports as a means to a healthy body.

Furthermore, the Prophet had always encouraged Muslims to work, to be energetic, and to start their day early; all of which are conditions for a healthy body. He said “O Allah, make the early morning hours blessed for my nation.” (Ahmed).

He emphatically warned his Companions of laziness and obesity. Moreover, he used to seek refuge in Allah from incapacity and indolence. He used to entrench the notion that a good practicing Muslim should get up from sleep energetic and in good spirits (Al-Qaradawi 16).

The blessed Messenger also stressed the importance of exercise for children and adults. The Prophet himself was engaged in sporting events. `A’ishah (may Allah be pleased with her) said,

“I raced with the Prophet and I beat him. Later when I had put on some weight, we raced again and he won. Then he said, ‘Tit for tat” (Al-Bukhari).

The Prophet held a race between horses and gave the winner a prize. He also permitted tournaments in wrestling, spear play, and foot racing (Al-Qaradawi 16-17).

The consumers of intoxicants are not the only ones who are subject to legal punishment in the view of Islam but also the manufacturers, the sellers and the servers. Any substance that causes harm for the body is prohibited by the Qur’an and Sunnah. (Qaradawi 24)

The Sunnah of our great Prophet is clear with regard to wearing out one’s body. Continuous work, starvation, and staying up late are shunned out in Islam.

Even overdoing acts of worship is considered a body abuse. The Prophet disapproved some Companions when one of them wanted to pray all night and never lie down, the other wanted to fast continuously, and the third wanted to refrain from marriage; all in the name of worshipping Allah. The Prophet said,

“I am the most God-fearing of you. Yet, I observe prayer and I sleep, I fast and suspend fasting, and I marry women. He who turns away from my Sunnah is not from my people.” (Al-Bukhari).

We cannot find any hadith that praises hunger except for fasting (Al-Qaradawi 27-28).

Islam’s Moderation Between Extravagance and Stinginess

The Sunnah always praises moderation as a means of maintaining physical health. It reprimands all those who declare things to be haram (forbidden) by their own authority.

Yet the Sunnah also prohibits extravagant indulgence in eating and drinking as it causes bodily harm. The holy Qur’an says,

“O Children of Adam, look to your adornment at every masjid, and eat and drink, but be not prodigal. Lo! He (Allah) loves not the prodigals.” (Al-`Araf 7:31)

The Prophet (peace and blessings of Allah be upon him) further asserted the mentioned verse when he said,

“A human being has not filled any vessel worse than his stomach. A few bites are sufficient to support his back. If it is inevitable (i.e. eating a lot because he likes eating), then a third for food, a third for drink, and third for his breath.” (Imam Ahmad and At-Tirmidhi)

In the context of caring about physical health, Islam stresses the importance of both preventive and therapeutic medicine.

It particularly cares about preventive medicine because prevention is better than cure. These days are known for the discovery of many preventive vaccines, especially for infant diseases such as small pox, polio, and certain types of fever. It is not a matter of choice in Islam whether to take the vaccinations or not, they must be taken (Al-Qaradawi 32).

Most importantly, Al-Qaradawi deduced a number of directives from the Sunnah, pertinent to medicine and hygiene.

The second directive is to realize that medicines are part of Allah’s decree. Some Muslims think that “believing in fate” is against treatment with medicine. They are quite wrong, for Allah has created the illness and has created the cure (Al-Qaradawi 38).

The third directive is to realize that though illness, when it occurs, is part of the fate decreed by Allah; nevertheless, we are to try to cure it — or better yet — prevent it.

The final directive is to especially respect the medicine that is based on experiments rather than all kinds of superstitious medicines or the spells and omens of soothsayers (Al-Qaradawi 37-41).

In addition to taking care of material medicine, the Prophet (peace and blessings of Allah be upon him) also instructed us to value the “divine medication” (supplication to Allah and dhikr).

According to Imam Ibn Al–Qayyim, “divine medication” cures an illness both before and after its occurrence. The first case is illustrated by the hadith in Al-Bukhari on the authority of `A’ishah:

“Whenever the Messenger of Allah went to bed, he used to recite surahs Al-Ikhlas, Al–Falaq, and An-Nas, holding his hands together before his mouth, spitting lightly on them, and then rubs his hands over his body.”

Also the hadith reported by Al-Bukhari and Muslim:

“Whoever recites the last two verses of Surat Al-Baqarah at night, they would suffice for him (i.e. drive away evil and bad things)“.

The Sunnah also cares a lot about the psychological health and mental well-being. In this context, the Prophet always evoked optimism and high hopes among his Companions and followers. The blessed Prophet always raised the hope of both physicians and patients that illnesses will be cured. Thus, our beloved Prophet alleviated the terrible despair associated with what we call chronic, incurable diseases.

Al-Bukhari reported on the authority of Abu Hurairah that the Prophet said,

“There is no disease Allah has created except that He has also created its treatment.”

Moreover, Imam Ahmad reported on the authority of Usamah ibn Shuraik that the Prophet said,

“Verily, Allah did not create a disease except that He also has created the treatment; some would know it and some would not.”

In his famous book, Zad Al-Ma`ad, Imam Ibn Al-Qayyim said that “The hadith of the Prophet that reads, ‘There is a remedy for every malady‘ gives spiritual support to both the physician and the patient as well as urges them to seek this remedy and get it.

When patients feel that there is a cure for their illness, this would raise the hopes of recovery, push away despair, and open the door of anticipation.

Should their spirit get stronger, the warmth of their instinct is let out that in itself provokes strength of natural psychological and vital spirits. Consequently, when these spirits get stronger, they will conquer the disease and drive it away” (Al-Qaradawi 49).

Undoubtedly, the psychological and physical state of people interchangeably affect each other. Realizing this fact, the Sunnah cared strongly about the psychological health of Muslims. According to Al-Qaradawi, “it is with your soul, not your body, that you are a human being.”

From what is said above about the Sunnah and hygiene (physical and psychological), we could clearly understand the hadith that states that “The strong believer is better [in the eyes of Allah] than the weak believer.” (Al-Bukhari).

Strength here could be taken as strength in faith and character as well as strength in body and soul. Muslims must recognize Allah’s bounties and be grateful to their Lord for them. In practice, they should express this gratefulness through maintaining health. Also, Muslims need healthy bodies and souls in order to truly worship our Lord and fulfill His commands with regard to striving on earth for the betterment of humanity.

Taken with slight editorial modifications from Al-Qaradawi, Yusuf. Islamic Concept of Hygiene As Seen by the Sunnah. Cairo: Al-Falah Foundation for Translation, Publishing and Distribution, 1997.