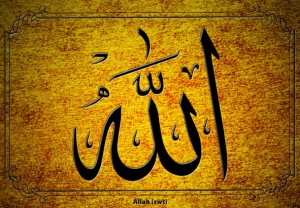 Islam claims to be the only true religion that rehabilitates the truth of its predecessors. It claims that the guidance provided by the Qur’an is clear, comprehensible and reasonable

No other religion professed by a large community have I found so comprehensible and encouraging. There seems no better way towards tranquility of mind and contentment in life, no greater promise for the future after death.

The human being is part of a whole; man cannot claim more than being just a particle of creation in its magnificent perfection. As such, he can only fulfill his purpose of living by carrying out his function in relating himself to the whole and to other living parts. It is the harmonious relationship between the parts and the whole that makes life purposeful, that can bring it nearest to perfection, that helps a human being to achieve contentment and happiness.

What place does religion occupy in this relationship between Creator and creation? Here are some people’s opinions on religion.

“Religion is the sense of ultimate reality of whatever meaning a man finds in his own existence or the existence of anything else.” (G. K. Chesterton, Come To Think of It)

“Religion a daughter of hope and fear explaining to ignorance the nature of the Unknowable.” (Ambrose Bierce, The Devil’s Dictionary)

“The body of all true religion consists to be sure, in obedience to the will of the Sovereign of the world, in confidence in His declarations, and in imitation of His perfection.” (Edmund Burke, Reflections on the Revolution in France)

“All religion relates to life, and the life of religion is to do good.” (Swedenborg, Doctrine of Life)

“Every man, either to his terror or consolation, has some sense of religion.” (James Harrington, Oceana)

At one time or another every human being is confronted with the Unknown, Incomprehensible, with the purpose of his existence. Questioning himself he creates a belief, a conviction — ‘Religion’ in its widest sense.

Why do I consider Islam as the most perfect religion?

First and foremost, it acquaints us with the Whole, the Creator:

In the name of God, the Beneficent, the Merciful; Say: He, God, is one, God is He on Whom all depend; He begets not, nor is He begotten; and there is none similar to Him. (Al-Ikhlas 112:1-4)

To God is your return and He is Possessor over all things. (Hud 11:4)

Again and again throughout the Qur’an we are reminded of the Oneness of the Creator, “Indivisible”, “Eternal”, “Infinite”, “Almighty”, “All-Knowing”, the “All Just”, the “Helper”, the “Merciful”, the “Compassionate.” So the Whole becomes a reality; again and again we are asked to establish a satisfactory relationship between Him and us;

Know that God gives life to the earth after its death. We have made messages clear to you that you may understand. (Al-Hadid 57:17)

One might argue that in order to recognize and believe in God and to live happily in a community, it is necessary to believe in Divine messages. Does not a father guide his children? Does he not organize his family’s life so that it may live together harmoniously?

Islam claims to be the only true religion that rehabilitates the truth of its predecessors. It claims that the guidance provided by the Qur’an is clear, comprehensible and reasonable. By guiding our way towards achievement of a satisfactory relationship between the Creator and the created, it brings about a co-operation between physical and spiritual forces enabling us to equalize internal and external forces in order to be at peace within ourselves – the most important factor to establish a harmonious state between one living part and another and an important condition towards our striving for perfection.

Christianity stresses the spiritual side of life; it teaches a love that puts a heavy burden of responsibility upon every Christian. The perfect love is doomed to failure if its achievement does not lie within the reach of human nature and contradicts reason and understanding. Only someone who has a deep knowledge of human conflicts and combines it with sympathy, understanding and a sense of responsibility may come near to the perfection of the Christian principle – and, even, then, he will have to bury his reason with his love. S.T. Coleridge says in his Aids To Reflection: “He who begins by loving Christianity better than Truth will proceed by loving his own sect of Church better than Christianity, and end in loving himself better than all.”

Islam teaches us to respect God, to submit to His laws entitling and encouraging us to use our reason as well as our emotions of love and understanding. The commandments of the Qur’an, the message of God for His creatures, regardless of race, nation or social standard:

Say: O people, the Truth has indeed come to you from your Lord; so whoever goes aright, goes aright only for the good of his own soul; and whoever errs, errs only against it. And I am not a custodian over you. (Yunus 10:108)

No other religion professed by a large community have I found so comprehensible and encouraging. There seems no better way towards tranquility and contentment in life, no greater promise for the future after death.

From “Islam, Our Choice”