From Christianity to Buddhism and Finally Islam 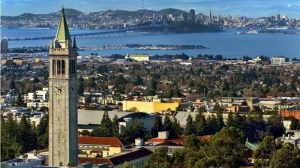 I asked my pastor to pray for him, but he refused because my brother wasn’t a member of our church.

My name is Hedaya and I’m a teacher and author on issues relating to women in Islam. Although I was born and raised in California, my ethnic background is quite mixed. My dad is half-Caucasian / half-Salvadoran, whilst my mother is Japanese.

My dad was a non-practising Catholic that eventually developed a hate for all types of organized religion. My mom, however, had converted to Nichiren Buddhism and became increasingly religious.

I, on the other hand, always had a love for Christianity. I saw myself as a religious Protestant and I would regularly go to church with my neighbours. I’d always win the pencils each week for memorising the Bible and things like that. I was like the star kid even though my parents had nothing to do with it.

Anyhow, all of that ended when my brother was bitten by a rattlesnake. It was a really serious issue and he had to receive so many shots for the venom. At first, the doctors wanted to cut off his arm. But then they concluded that cutting off his arm wouldn’t help and that there was nothing they could do to save his life.

I asked my pastor to pray for him, but he refused because my brother wasn’t a member of our church. Meanwhile, my mom called all of her Buddhist buddies and they came immediately. And they chanted for 24 hours straight, taking it in shifts to pray for him.

The swelling went down, he lived and, at that point, my mom asked me to try Buddhism. I told her that I believed in Jesus and she told me that Buddhism was something that I could add to my life without having to give up Christianity. So, seeing the effect of their prayer and still upset about my pastor not praying for my brother, I began doing the Buddhist chants.

In hindsight, it was all pretty materialistic. You’d decide what you wanted and then you’d chant for it. But seeing it work increased my conviction in Buddhism and so Christianity just faded away.

For the next 15 years, I became more and more devoted to Buddhism, spending hours praying every day and making several pilgrimages. I also became very active in spreading it. We had a political party in Japan and we actively sought membership. Our goal was world peace and we believed that if a third of the world became Buddhist, we’d get world peace.

I even studied Islamic Culture and Arabic at the University of California, Berkeley with the intention of converting Muslims to Buddhism. And that’s where everything changed.

You know, quite often, I’d debate with Muslims, pointing out everything I thought was wrong with Islam. And most of them were unable to defend it.

This question left me completely stumped. I didn’t know the answer and my mother’s response was for me to just stay away from the people who asked it. But I had given my life to Buddhism and there was no way I could continue without getting that answer.

So I decided to chant for the answer and after chanting 4 hours per day for a whole week, Allah opened my heart and I embraced Islam.

I didn’t have any concerns about embracing Islam. By that time, I had already learned so much about Islam because of my studies and, although I knew the Buddhist community would feel betrayed and I’d have to agree with the Muslims at university, I didn’t care what people thought; the truth came and I had to accept it.

By the grace of God, I’ve been Muslim now for 35 years and it has completely changed my life for the good. I can’t even imagine how my life would have played out if Allah hadn’t guided me and there is no doubt that all of the good I have in my life has come through Islam.

If you’re thinking about embracing Islam, it means that you believe there is only one god. So ask Him for strength and guidance because that’s all you need.