Finding the Path towards Truth 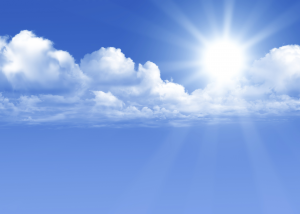 During my marriage and ultimately my divorce, my wife’s spiritual beliefs eased and we did not attend church at all. I still however searched for a personal relationship with my Creator, but could not find the path that would lead me there.

Finding the Path towards Truth

I have always believed in God and a higher being who created all things.

I was brought up as a Christian all of my life, though my family rarely attended church services except on special occasions such as Easter and Christmas Eve.

You could say I was a Christian in name only. The thought was if you’re not Jewish, well then you MUST be a Christian.

I have always sought to have a spiritual bond with God, but never could fully submit myself for some reason. I started to attend church services when I met my first wife because she was a Christian and there was no way she could date someone who was not. So, for the sake of the relationship I became a church-going Christian.

At the age of 19 I even went as far as being “saved” (being witnessed to in the middle of a grocery store) right after an Easter service. Even as I said that I accepted Jesus (peace be upon him) as my “Lord and Savior”, I didn’t feel it in my heart. I knew I was lying to my future wife as well as to myself.

During my marriage and ultimately my divorce, my wife’s spiritual beliefs eased and we did not attend church at all. I still however searched for a personal relationship with my Creator, but could not find the path that would lead me there.

A year after the end of my marriage I met and fell in love with a beautiful woman who was deep into her Christian faith. After a two and a half year relationship, the question of marriage arose. Because of her beliefs in her church, she could not marry me unless I was to join her church. This weighed heavily on my heart. I loved her very much, but couldn’t bring myself to “lying” to myself again. I needed answers.

Months before my 33rd birthday, I was doing some research into Islam on the Internet. The belief that there is a single, indivisible God (Allah, the Creator, is Just, Omnipotent and Merciful), the fact that Jesus (peace be upon him) was a prophet and not a deity, and that all people are considered children of Adam (Islam officially rejects racism) all intrigued me.

I knew from that point on I wanted to be a Muslim. I also knew that I was going against what I had been taught all my life about Jesus (peace be upon him), the crucifixion, and the Holy Trinity. It would be a bumpy path indeed.

My first step would be to get a copy of the Quran and study the words that were revealed to Muhammad (peace be upon him). A week later I left a message for a friend of mine (and the only Muslim I knew) and told him of my plans to convert. He had converted to Islam eight years earlier and had experienced some of the things that I was going through. When he called me back, he said he wanted to meet with me and pass along some information.

When we met at my apartment I showed him the two copies of the Quran that I purchased from the local bookstore chain. He told me that the copies I chose weren’t the best translations and proceeded to give me a copy he had. He explained that Arabic is a very difficult language to translate and many believed the Noble Quran is untranslatable into other languages. After answering and explaining some questions I had, my decision was clearer than ever. Now I wanted to take the shahadah and become a Muslim officially.

I work in a US Army medical center that has an all purpose chapel within the hospital. They held a Jumu`ah service, and so I made plans to attend. These plans fell through however due to work related issues. I didn’t want to wait, so I contacted my friend and asked him if there was another way to recite the testimony of faith. He told me I didn’t have to wait and that I could take the shahadah over the phone. After reciting in Arabic and then English, on April 21, 2004, I became a Muslim.

I had felt that a change would take place in my life, but only Allah knew what it was. I feel like a new person and know my decision was right. May Allah always guide my path towards wisdom and truth.