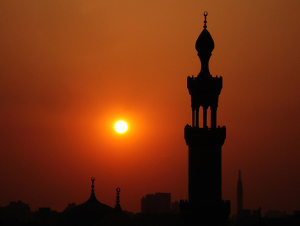 After saying the Shahadah, I felt that I became a better person.

I was born in London, specifically East London to a non strict Buddhist family.

My mum is a Buddhist whilst my two big brothers are atheists but follow that religion because of my mother.

My family’s background is Vietnamese, therefore, Buddhism is somewhat the common religion amongst us which we derived from our family tree.

I was 15 years old at that time and living in an area that was mostly populated by southern Asian people. Ever since I was young, I was always into religion due to my influence from my dad, who does not live with us anymore and is a strict Buddhist.

Being always interested in the aspect of religion, I used to love reading books on different types of religion but mostly Buddhism as I was brought up in that sense. I knew that thinking this way, I was going to be a faithful, practicing Buddhist in the future.

As I grew up, being around in an area populated by Muslims influenced me into researching and exploring more about Islam. Having many close friends who were Muslim, we somewhat had a conversation about converting to Islam out of the blue in a random school day.

Being asked to convert at that time while I was only 15, I was scared by the whole concept of conversion and immediately avoided that question because of the fact that being only a teenager, living with a family of Buddhists; it would be impossible to fulfill my religion. But at times, I started to think deeply about Islam and began researching a lot about converting. By the time I read so much about it, I fell in love with Islam.

It was the upcoming Ramadan and I began to feel eager about converting to Islam but didn’t have the power nor the strength to carry on fulfilling my duties as a Muslim if I converted.

I attempted to try and forget this matter and said to myself ”Maybe when I’m older and when I have more authority and an independent opinion, I would convert”.

I forced myself to try and research more about Buddhism and learn more about it before making such a drastic step. In the end, after researching, all this aspect of religion made me fall into deep confusion, questioning about my life and the most common question; ”Who is God?”.

I realized that just because my family is Buddhist doesn’t mean I am a Buddhist myself. I felt that having a religion in the beginning takes a lot of commitment and submission. I realized that I was an agnostic all along.

As days past, I felt that I wasn’t who I was any more, I felt lost and unsure about my life. The question came up again between me and my friend, she even insisted that she would take me to the mosque to support me.

At that time, I felt so paranoid and worried that what if my family finds out, the consequences of it, or myself not being able to commit to Islam.

All these problems sprouted in my head, and I started to feel that converting as such is a hassle to me. However, I started to have several dreams that were very daunting to me and made me feel fearful whenever I thought about it.

I dreamt about  The Day of Judgment. I remember every single detail of it which made me feel very scared because knowing myself I would not be able to remember dreams but only glimpses of it. The dream included me in it, I was somewhat near my house with some sort of feeling or determination inside my mind and heart that I needed to convert. Living next to a mosque, I found myself walking inside it, asking the Imam if I was able to convert to Islam. However, at the back of my head, I felt that something was about to happen, somewhat dreadful that would be too late if I did not make this choice now.

The Imam agreed and the conversion process took a couple of days, in different steps and actions. But things changed, the Imam told me to come back another day during the process and I yelled towards him that time was running out and I needed to convert as soon as possible.

Then, I found myself in a park with all my fellow friends and students, looking up at the sky, it was turning dark and getting grey, then a massive dark hole appeared in the sky and destroyed everything around us, causing a catastrophe. I woke up shivering and scared to death.

Being already a paranoid and superstitious person, this dream must have some sort of meaning to it.

Feeling much more passionate towards Islam, I felt that the dream might be related to that, as if Allah Himself was trying to tell me something. I didn’t know what to do nor what to say when I told my friend about it, and got a reply saying ”It is true”.

I decided that Islam may be the right religion for me and that I should convert very soon. It was two days till I was going to make that right decision, when I happened to have another dream again relating to Islam.

I was reading the Qur’an online until something popped up on my laptop screen, written in Arabic. I did not know what it was and I suddenly panicked, closing the laptop screen and running away. Then I heard a sudden voice that was bellowing, saying to me ”Why doesn’t he believe me? Why doesn’t he listen to me?” I woke up, not being able to move my body for a couple of seconds, sweating and breathing deeply.

At this time, I knew that these dreams were true, and I was becoming very eager to convert. I knew that Allah was trying to tell me something, as if He Himself was leading me to this path. When the time came, I felt nervous and worried about it, but after saying the Shahadah, I felt that I became a better person, a different person, a Muslim.

It was my first Ramadan after converting to Islam, which was very hard for me to fast and avoid unlawful food, etc. I felt alone at times because I didn’t have my family to support me neither was I able to express myself, rather being a closeted Muslim.

I knew that Allah was by my side, and I would try my best to stay as a good Muslim as possible. I began learning how to pray in Arabic, perform ablution,   avoid forbidden food, and repent whenever I committed a sin to Allah. Until one time when I was praying `Isha’ (Night Prayer), my brother caught me and questioned me in a very weird manner; ”What the hell are you doing? ”I simply told him that I was a Muslim, feeling afraid of what he would do. He simply smiled to me and said ”Really? So it was true what mum said, I won’t tell anyone.”

My heart skipped a beat whilst I was in shock, surprised that my mum would already pick this up. I knew that if I had told my mum, things would have become so difficult and she would somewhat look down on me.

Therefore, I knew that she waited for me to tell her from my own mouth to see if it was true or not, but I simply didn’t have the courage to say it. Looking back, being 16, almost heading off to College, still praying my daily Prayers, fasting, going to Friday Prayers, still being a closeted Muslim, having a strong  faith more than ever, I realized that I still haven’t changed and I am still thankful to Almighty Allah that He had given me another chance to escape Hell and to start my life off again.

Thank you so much Allah for shedding light on me. I will never forget this blessing and will never stop serving you. Alhamdulillah, Amen.