From Islam to Atheism, then Back to Islam 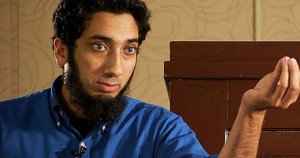 In this episode brother Nouman Ali Khan will talk about how he went from being in a Muslim family but later in life he turned towards atheism and then after gaining a better understanding about the Qur’an he finally had all his questions answered and then turned back to Islam.

This is a wonderful story which many people can benefit from. Nouman Ali Khan is a popular figure all across America for his intensive Arabic Seminars. Nouman after coming to America found himself caught up in a culture shock. After being raised up in a Muslim household for a good portion of his life, he found himself questioning the very values that he was raised up with, eventually leading him to strongly detesting the concept of God internally before turning back to God.

Join us in this episode to see how Nouman Ali Khan first shifted from Islam towards atheism and then he was back to Islam after all his questions were answered.