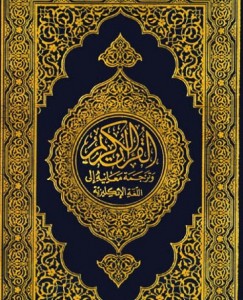 I am C.S. Mathos. I was born into a secular family on August 1st, 1992, in Pennsylvania. My mom was once a Christian, and as a kid she went to a Quaker church. She went to a church camp, and was literally scared away from her religion due to some priest that preached Armageddon all the time. She remained secular for the rest of her life, really. She was more of an agnostic, not atheistic like I was. To explain, I was surprisingly logical as a child, and reasoned that it was impossible that a god existed. Really, I didn’t care about religion back then. I had an obsession with dinosaurs, and wanted to learn more and more about them. I remember things like a T-rex weighed 7 tons, a Triceratops herd would protect their young by forming a circle, and fight off the predators, and a Veloceraptor was able to run about 75 mph.

I was obviously ridiculed when my love for paleontology did not subside. It did go away (somewhat) when I became interested in dragons and such. The insults didn’t affect me very much because I was always in an “emotional shell”, keeping things I wanted to really say in my head. When I did speak, I was most often honest, soft spoken, and didn’t have much to say, because I didn’t trust people, and I liked my imagination better than the real world. Even when 9/11’s attacks came, I didn’t talk much, and didn’t react to it. It didn’t scare me at all; I thought the word “Muslim” was the term for an ethnic group, and I was only concerned about the Iraq war when innocent people were raped in that Abu Ghraib prison scandal. Even then, I just got over it and became annoyed when it was repeatedly appearing on the news. When I did come out of my shell (5th grade), I fought with people about religion and politics. I believed there were hypocrisies in Christianity, which was the only religion I remembered at that time.

When I became 13 years old, I really received insults, and took them seriously. I was depressed, my grades were only acceptable, and at that time I wasn’t interested in anything. I decided I needed a religion. I didn’t really search for one, just believed there was one God, and, because of my bitterness, I blamed my problems on Him. I started paying attention more and more to politics, forgot about religion for the most part, and I started reading books on Hitler and WWII. I was really interested in WWII, Nazism, and, increasingly, communism. I was told my entire life communism was a failed ideology, but I wanted to learn the other side of the argument: the side of the communists. I picked up the Communist Manifesto, read Wiki articles, looked up Communist Party materials, and I joined the Marxist movement. I saw myself actually fighting for something; a society that is truly free and just, equal and united.

I busied myself with the movement, and joined a group. I’m not naming it. I told people I was a communist only when they asked. Boy, you thought someone can be made fun of before I became a communist. Don’t want to talk about it. It’s too depressing. I actually broke down crying at the dinner table because of so much torment by my classmates. I just needed a religion. I tried out Christianity, however I flat out left it. Too many contradictions, sectarianism, and hypocrisy.

I looked around, and around, I looked at everything, from Christianity to Greek Mythology. I decided to look at Islam last, since I took into account the prejudices of war and the possibility that I may actually be killed by someone due to following such a religion. I gave up on everything else, and I said to myself: “The last thing you have to go to is Islam. Just get a Qur’an and read it. Hell, it may be what you’re looking for.” I got the Qur’an off of a website, and got it in the mail 5 days after it was ordered. It was dark green; so dark green, I thought it was black. It has a beautiful leather binding, gold imprints on it. I started reading it, and I just saw that it was nothing as it was portrayed on TV. I saw that there was only one God, and there was no one else to worship but He. I saw this, and I wanted to join the religion.

I searched on the Internet on how to pray, and found the site www.islamreligion.com, and I saw “How to Convert to Islam and become a Muslim” on the menu. I decided that writing down how to pray was for later, conversion was needed for me. I needed to submit to God. NOW. I found the Shahadah, and I wrote it down. Then, I took the Shahadah, and became a Muslim. As soon as I did, I felt the pain in my heart lift, and I felt truly happy. God has been good to me, and I try to pray 5 times every day to Him. However, due to the circumstances of war prejudices, other people’s intolerance, and other people’s sectarianism, I have to practice my religion in secret. I pray to God in the morning, noon, sundown, evening, and at 11:00 or 12:00 at night. When I can drive, I’ll drive to the nearest mosque every Friday. My own mother doesn’t even know I’m a Muslim. I’ll tell her when I’m truly ready, or when I’m an adult and live elsewhere, or I’m in college. I pray that God keeps me away from disbelief, and help me become the best Muslim I can be while practicing in secret. If my mom is reading this, try to understand my religion before you pass judgment. Let me practice my religion in peace, without your ridicules and jokes, which are hurtful. I’ve been practicing Islam for a week, I think. I lose track of time.

Non-Muslims that are reading this, I suggest you read the Qur’an and become a Muslim. Peace be upon you, and God’s blessings.

Taken with slight modifications from www.islamreligion.com.