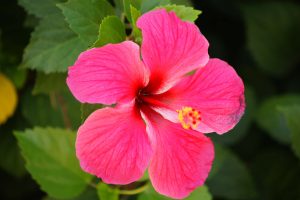 One of the most prominent female Muslim figures in Islamic history is Amrah bint Abdul Rahman whe was known as a jurist, a mufti and a hadith specialist, and who died in 98 AH. She was one of the greatest Successors who came after the Prophet’s Noble Companions (May Allah be pleased with them all).

Born during the era of the third Caliph ‘Uthman ibn Affan around 29 AH, she was brought about in the household of Lady A’ishah (Mother of the Believers) from whom she learned the Prophetic Hadith and fiqh and became one of the greatest scholars of all time.

She got married to Abdul Rahman ibn Harithah ibn Al-Nu’man and born to him a baby boy named Muhammad. Later on, Muhammad acquired the nickname Abul Rijal (meaning, The Father of Men) and surely he had a great share of the denotative as well as connotative meanings of that very name in reality.

Due to her closeness to Lady A’ishah (May Allah be pleased with her), she acquired and accumulated a great deal of knowledge on the Prophetic Hadith; a matter which incited many great scholars to commend and recommend her. Foremost among those were:

The great Caliph `Umar ibn ‘Abdul ‘Aziz who used to say: “If you want to learn Hadith, go to Amrah.”

Imam Al-Dhahabi said: She was a scholar, a jurist, an authority, of vast knowledge, and she narrated numerous hadiths in the books meant for the compilation of the Prophetic Hadith.

Al-Qasim ibn Muhammad once asked Imam Al-Zuhri as saying: I can see that you are keen to acquire knowledge; should I tell you about the ‘vessel of knowledge’? Al-Zuhri said: Please do. Al-Qasim said: You have to stick to Amrah bint Abdul Rahman as she was brought about in A’ishah’s household! Al-Zuhri said: I went to her and found her to be a vast ocean of knowledge!

Among those who narrated from Amrah are Imam Al-Bukhari, Imam Muslim, Imam Abu Dawud, Imam Al-Tirmidhi, Imam Al-Nasa’i, and Imam Ibn Majah (May Allah have mercy upon them all).

And, among those who were taught at her hand were ‘Urwah ibn Al-Zubair, Imam Ibn Shihab Al-Zuhri, and Imam Amr ibn Dinar.

The reason behind her vast knowledge was that she was taken care of, along with her siblings, by Lady A’ishah after the demise of Amrah’s father. Because she lived in the household of piety and knowledge, she became the Al-Madinah’s well-known scholar and jurist of her time. She not only narrated from Lady A’ishah but also from other Mothers of the Believers such as Lady Um Salamah and other female companions such as Um Hisham bint Harithah Al-Ansariyyah, Habibah bin Sahl, and Um Habibah (May Allah be pleased with them all).

Once, the judge of Al-Madinah in her time ruled in a case involving a Christian thief from the Levant (Syria, Jordan, Palestine and the surrounding regions) who had stolen something. The judge had ordered that his hand to be severed. When Amrah bint Abdul Rahman heard of this decision, she immediately told one of her students to go tell the judge that the man’s hand cannot be severed as he had stolen something whose value was less than a single gold coin (dinar). As soon as the judge heard Amrah’s message, he ordered that the man be released, unharmed. He did not question her authority, nor did he seek a second opinion from other scholars, who were quite numerous in Madinah at the time. Imam Malik ibn Anas recorded this incident in his Al-Muwatta’, and this ruling is also his own opinion in such cases.

Amrah had a keen and very strong memory and that was the reason she narrated numerous narrations after Lady A’ishah and other female Companions as well.

Imam Ibn Is-haq Al-Fazzari said: She was very smart and intelligent and thus she acquired so much knowledge from Lady A’ishah.

Amrah bint Abdul Rahman ibn Sa’d ibn Zararah Al-Ansariyyah died while she was 77 years old; May Allah have mercy upon her and be pleased with her.