Fulfilling the Covenant in Islam 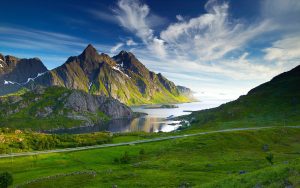 ‘Both of you, proceed (to Madinah); we will fulfill the covenant made with them and seek God’s help against them.’

The Battle of Badr took place during Ramadan in the 2nd year after the Prophet’s Hijrah from Makkah to Madinah. The fight broke out between the Muslim army led by Prophet Muhammad (Peace and blessings be upon him) and the polytheists of Makkah and their allies from the Arab tribes led by Abu Jahl `Amr ibn Hisham. The battle ended and the Muslims were declared victorious and the polytheists’ leader, Abu Jahl `Amr ibn Hisham, was killed. Concerning this battle, the Qur’an says,

“And already had Allah given you victory at [the battle of] Badr while you were few in number. Then fear Allah; perhaps you will be grateful.” (Al `Imran, 123)

History shows that this great battle witnessed great valuable civilizational lessons to be learned by Muslims and non-Muslims alike, one generation after the other.

One of these outstanding lessons is to keep one’s promise and fulfill one’s covenant even if it is with your enemy. When the Prophet (Peace and blessings be upon him) learned that the Tribe of Quraysh set out to confront and fight against him in the area called Badr, he went out to meet them at the appointed place. Though the Muslims were outnumbered by far, as they were around 300 fighters while the polytheists were about 1000 armed-to-the-teeth fighters, the Prophet prevented one of the sahabah (the Prophet’s Companions) and his father from participating the fighting against the disbelievers. That Companion was none but Hudhaifah ibn Al-Yaman and his father. Let’s listen to Hudhaifah relating to us what happened then.

It has been reported on the authority of Hudhaifah ibn Al-Yaman who said: “Nothing prevented me from being present at the Battle of Badr except this incident. I came out with my father Husail (to participate in the Battle), but we were caught by the disbelievers of Quraysh. They said: ‘(Do) you intend to go to Muhammad?’ We said: ‘We do not intend to go to him, but we wish to go (back) to Madinah.’ So they took from us a covenant in the name of God that we would turn back to Madinah and would not fight on the side of Muhammad (May peace be upon him). So, we came to the Messenger of Allah (May peace be upon him) and related the incident to him. He [the Prophet] said: ‘Both of you, proceed (to Madinah); we will fulfill the covenant made with them and seek God’s help against them.’” (Sahih Muslim)

This incident – though may look minor compared to other incidents with which the Battle of Badr is replete – gives a bright image of the Prophet’s emphasis on the necessity of fulfilling the covenant even with the enemies. This should be taken as one of the noblest ethical acts during wars in the history of mankind. Historians never saw or cited something similar to this throughout the history of wars. Though coercion and compulsion can be smelt and seen in the incident and that Hudhaifah and his father had no chance to act otherwise with the polytheists, the Prophet fulfilled their promise and kept their word even with the enemies who outnumbered his army by far.

Regarding Hudhaifah’s saying, “We do not intend to go to him, but we wish to go (back) to Madinah,” Imam Al-Nawawi said that it is permissible to tell a lie during wartime, but, if this can be avoided, that would be better.

Imam Ibn Al-Qaiyym said that it is out of the Prophet’s guidance, when his enemies make a covenant with any of his Companions that does not inflict a direct harm on Muslims without his (the Prophet’s) consent, he would fulfil and keep it as what happened between Hudhaifah and his father, Al-Husail, and the disbelievers. The Prophet kept their covenant and said, “Both of you, proceed (to Madinah); we will fulfill the covenant made with them and seek God’s help against them.” Moreover, if this was how the Prophet respected and fulfilled the covenant with the enemies, how about fulfilling the covenant between the Muslim and his Muslim brother?!

Though the Prophet’s enemies did their best to finish him and his reformist mission off and schemed many plans to kill his companions, they admitted and attested to his noble morals and lofty manners as well as his fulfillment of the covenants. During the Hudaibiyah Treaty, Mikraz ibn Hafs with a group of people from the Quraysh tribe, said to the Prophet (Peace and blessings be upon him): “O Muhammad! We never knew you to be one who betrays his promises.”

The Prophet set the noblest example as far as fulfilling the covenant is concerned, even with the enemies and the disbelievers. The Prophet’s biography is replete with incidents that attest to this. One cannot find anyone even similar to the Prophet (Peace and blessings be upon him) in this respect as he is the best of all human beings and the one who has the best of all manners and ethics. Allah the Almighty says in the Ever-Glorious Qur’an what means,