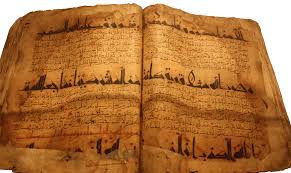 Muslim jurists have also spoken at length on the conditions and valid application of Hisbah.

Shari`ah-oriented political scientists define Hisbah as the duty of enjoining good when it is neglected and forbidding evil when it is prevalent in society.

Ibn Khaldun (d. AH 808) considers Hisbah as a religious post. That is why jurists differentiate between the Muhtasib (one who practices Hisbah), who is appointed by the head of state to look after the state’s subjects, and the Mutatawi` (volunteer), who practices Hisbah without being assigned by the political authority.

Historically, Hisbah as a system was founded in the political life of Muslims during the era of Caliph `Umar ibn Al-Khattab. However, the term itself was known only in the era of the Abbasid caliph Al-Mahdi. According to Sheikh Yusuf Al-Qaradawi, Hisbah started in a simple form in the early days of Islam, but acquired various features and ramifications over time. In fact, some contemporary government ministries and departments — such as those of health, social affairs, municipalities, transport, and police — are now assuming duties that used to be entrusted to the Muhtasib.

Hisbah, as defined earlier, is the duty of promoting what is good and preventing what is evil. It is a collective duty or obligation of the Muslim community. Hence, a considerable number of individuals should assume this responsibility, take an affirmative stand toward it, and put it into practice whenever there is a need for it.

Hisbah is a broad Qur’anic principle that encompasses both the government’s responsibilities as well as any effort exerted by the individual to resolve a conflict or misunderstanding between two individuals, groups, friends, families, or strangers. Hisbah thus encourages the individual to participate and get involved in society as an active agent who is mindful of the problems and concerns of the community where he or she lives.

There are several verses in the Ever-Glorious Qur’an on Hisbah, which is also one of the major themes of the Prophetic Sunnah. Muslim jurists have also spoken at length on the conditions and valid application of Hisbah, which need not be reviewed here. However, one deems it mandatory to mention that Ibn Taymiyah (d. AH 728) specified certain conditions for one to be eligible to be a Muhtasib such as knowledge, leniency, and patience.

1. The Muhtasib, who must be a capable, discerning Muslim adult. This person serves as the eye of the law on both state and society. In other words, this person supervises the application of the law in society, especially in the marketplace, to protect it against treachery, mishandling, monopoly, usury, exaggerated profits, and the like.

2. A flagrant evil that exists. It should be so clear to the Muhtasib, in such a way that requires no effort exerted for noticing it.

3. The process of Hisbah itself, which refers to the regulation or censorship of public morals as described above.