How Islam Solves the Problem of Begging 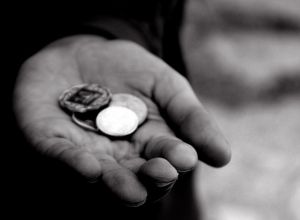 The religion of Islam is designed to guarantee the establishment of a noble as well as a virtuous society where the rich and the poor, the well-off and the needy, and the powerful and the powerless can safely coexist. Members of this Islamic society are remarkably characterized by lofty feelings be them rich or poverty-stricken.

Let us take a closer look at one of the amazing hadiths of Prophet Muhammad from which many lessons can be learnt. The hadith narrated by Abu Hurairah reads: Allah’s Messenger (peace and blessings be upon him) said, “The poor person is not the one who goes round the people and ask them for a mouthful or two (of meals) or a date or two but the poor is that who has not enough (money) to satisfy his needs and whose condition is not known to others, that others may give him something in charity, and who does not beg of people.” (Al-Bukhari & Muslim)

Based on the above hadith, a poor person in the Islamic conception is one “who has not enough (money) to satisfy his needs and whose condition is not known to others, that others may give him something in charity, and who does not beg of people.” Whereas, a well-off person is the one who has genuine feelings for the restraint poor people to the extent that makes him look for them and try to satisfy their needs without doing anything contrary to their dignity.

It is amazing how Prophet Muhammad (peace and blessings be upon him) was willing to as well as capable of revisiting old Arabic terms and conferring upon them new meanings and denotations in a way that might change his Companions’ way of thinking or their weltanschauung, which stands for the overall perspective from which one sees and interprets the world. Hence the Prophet (peace and blessings be upon him) reaffirms, in the above haidth, the concept of a poor person and explains that he is not “the one who goes round the people and ask them for a mouthful or two (of meals) or a date or two.” Rather, he is the one who is suffering so much from poverty and at the same time he restrains himself from begging or asking people for help.

This self-restraint or chastity that characterizes this poor person stems only from one’s contentment and satisfaction with what Allah has bestowed upon one be it much or little. A satisfied and contented person is the one who is pleased with what Allah has given him and who is certain that what Allah has chosen for him must be nothing but the best. In the same vein, there is an English proverb that matches the meaning of the above and it reads, “Contentment is an exhaustible treasure”.

The Ever-Glorious Qur’an refers to this outstanding category of people as saying what means,

Those needy ones who are wholly wrapped up in the cause of Allah, and who are hindered from moving about the earth in search of their livelihood, especially deserve help. He who is unaware of their circumstances supposes them to be wealthy because of their dignified bearing, but you will know them by their countenance, although they do not go about begging of people with importunity. Whatever wealth you spend on helping them, Allah will know of it. (Al-Baqarah 2:273)

However, some poor persons may exaggerate concealing their destitute condition in order to preserve and maintain their own dignity. In so doing, they try not to let their dignity violated or hurt even if they were given something in a subtle and courteous way.

In fact, this is in direct contradiction to the Prophetic guidance that can be learnt from the following hadith. Salim ibn `Abdullah reported on the authority of his father that, “The Messenger of Allah (peace and blessings be upon him) gave to `Umar ibn Al-Khattab some gift. `Umar said to him: ‘Messenger of Allah! Give it to one who needs it more than I.’ Upon this the Messenger of Allah (peace and blessings be upon him) said: ‘Take it; either keep it with you or give it as a charity, and whatever comes to you in the form of this type of wealth, without your being avaricious or begging for it, accept it, but in other circumstances do not let your heart hanker after it.’ And it was on account of this that Ibn `Umar never begged anything from anyone, nor refused anything given to him.” (Muslim)

The scene is that, the Prophet would give `Umar something and `Umar would ask him to give it to someone who is poorer than himself. However, the Prophet (peace and blessings be upon him) teaches `Umar and instructs him that if someone is given something without asking for it or having greed for it, one should take it; and if one is not given anything, he should not run for it.

Thereupon, the above hadith shows that it is permissible for a needy person to accept what is given to him without begging or without being avaricious.

Disapproval of begging from people

The Prophet (peace and blessings be upon him) in another hadith refers to an issue which may have adverse effects and catastrophic impact on the individual in this present life as well as in the hereafter. This issue is begging from people which is widespread in many of the Islamic societies and communities of today. It is when one begs from others without being in a real need. Hamzah ibn `Abdullah Ibn `Umar heard his father say that the Messenger of Allah (peace and blessings be upon him) had said: “The person would continue begging from people till he would come on the Day of Resurrection and there would be no flesh on his face.” (Muslim)

In another hadith that is narrated by Abu Hurairah, Allah’s Messenger (peace and blessings be upon him) said, “He who begs the riches of others to increase his own is asking only for live coals, so let him ask a little or much.” (Muslim)

He is “asking only for live coals,” means, that he would be punished in Hell-Fire for this derogatory act of his; namely, asking people for some of their wealth or a portion of their earnings without being deserving or entitled to receive any of it.

One for whom begging is permissible

All the above does not in any way rule out the permissibility of begging in certain circumstances. One should not understand that begging is totally prohibited and forbidden under all conditions. The Prophet declared that begging or asking people for financial help is permissible in specific situations and nothing more.

Qabisah ibn Mukhariq al-Hilali said: “I was under debt and I came to the Messenger of Allah (peace and blessings be upon him) and begged from him regarding it. He said: ‘Wait till we receive sadaqah, so that we order that to be given to you.’ He again said: ‘Qabisah, begging is not permissible but for one of the three (classes) of persons:

One who has incurred debt, for him begging is permissible till he pays that off, after which he must stop it;

A man whose property has been destroyed by a calamity which has smitten him, for him begging is permissible till he gets what will support life, or will provide him reasonable subsistence;

And a person who has been smitten by poverty the genuineness of which is confirmed by three intelligent members of his people for him begging is permissible till he gets what will support him, or will provide him subsistence.

Qabisah, besides these three (every other reason) for begging is forbidden, and one who engages in such consumes that what is forbidden.’” (Muslim)

Finally, Islam encourages every Muslim to be a productive member of society and not to ask people for their properties or money. Islam likes that every Muslim should maintain his dignity and not to do anything that might hurt it or let others look down on him while they answer his plea or act of begging.

Therefore, the Prophet (peace and blessings be upon him) encourages the needy to strive and to exert themselves to earn their livelihood with dignity and honor as can be seen in the following hadith that is narrated by Az-Zubair ibn Al-`Awwam:

The Prophet (peace and blessings be upon him) said, “It is better for anyone of you to take a rope (and cut) and bring a bundle of wood (from the forest) over his back and sell it and Allah will save his face (from the Hell-Fire) because of that, rather than to ask the people who may give him or not.” (Al-Bukhari)

Indeed, it is far better for one to bring a load of firewood on one’s back and sell it to others and out of one’s own earnings one should satisfy one’s own needs and then give the rest as charity. In so doing, one becomes independent and becomes one’s own master. Yes, indeed, this is better than begging from others, whether they give one anything or refuse to help him in a way that would hurt his feelings and violate his dignity. “… Verily the upper hand is better than the lower hand.” (Muslim)

To conclude, the following lessons can be highlighted as were clearly understood from the above…

–        The Muslim community should be heedful of those self-sufficient or restraint poor persons,

–        One should not give out charity in a way that may hurt the dignity of the poor,

–        Training one’s self on restraint and contentedness,

–        Preventing one’s self from exaggerated restraint,

–        Avoiding begging without a legal or shari`ah-based necessity, and

–        Finding all possible means to become a productive member of society.

Dr. Ali Al-Halawani is an Assistant Professor of Linguistics and Translation, Misr University for Science Technology (MUST); Former Editor-in-Chief of the Electronic Da`wah Committee (EDC), Kuwait; Former Deputy Chief Editor and Managing Editor of the Living Shari`ah Department,www.islamOnline.net; Member of the International Union of Muslim Scholars (IUMS); and member of the World Association of Arab Translators Linguists (WATA). You can reach him at alihalawani72@hotmail.com.