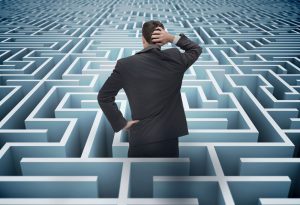 One of the glories of Islam is that it is founded upon reason and that it never demands from its followers an abnegation of that important mental faculty.

Unlike certain other faiths, which insist upon their votaries implicitly accepting certain dogmas without independent inquiry, but simply on the authority of “The Church”, Islam courts inquiry and counsels its disciples to study, search and investigate prior to acceptation. The Holy Prophet, of ever-blessed memory, said:

“Allah hath not created anything better than reason, the benefits which Allah giveth are on its account, and understanding is begotten of it.”

On another occasion he said:

“Verily, I tell you, a man may have performed prayers, fasts, charity, pilgrimage, and all other good works, but he will not be rewarded but by the manner in which he hath used and applied his reason.”

The parable of the ‘Talents’ narrated by Prophet `Issa, i.e. Jesus (on whom be peace) is in strict accordance with Islamic doctrine, as also is the maxim: ‘Prove all things; hold fast to that which is good.’ The similitude of those who follow blindly and who neglect to use the intelligence which the Divine Giver, of all good, hath bestowed upon them, is declared in the imperishable pages of Al-Qur’an (Surah 52: Al-Jumu`ah – ‘The Assembly’) to be that of ‘an ass laden with books.’

The noble and learned Caliph, Ali ibn Abi Talib (on whom be peace) said:

“The world is darkness; knowledge is light, but knowledge without truth is a mere shadow.”

Muslims believe that Islam is a term synonymous with truth and that under the glorious and ever-brilliant sun of Islam, by the light of reason and knowledge, truth can be obtained but in order to obtain that knowledge, and thus attain that truth, man must use his reasoning faculties.

A most poignant pronouncement on this question was given by our Holy Prophet only a few days prior to his decease.

There he lay, the last and greatest of the grand chain of mighty men whom Allah, in His everlasting mercy and compassion, had sent to the world as inspired messenger of truth and of righteousness, his saintly head pillowed upon Lady `Ayesha’s loving knee.

The true believers of Madinah, old and young, men and women — nay, even the children — had gathered, in loving sympathy there around the mat whereon lay Mustapha Al-Amin, the chosen, the faithful, Ar-Rasul-Allah. Tears glistened in their eyes and coursed down the cheeks of even the most grizzled and valiant of the veteran warriors of Islam. Their leader, their friend, their beloved pastor, and, above all, their Prophet, he who had led them from the darkness of ignorance and superstition into the radiant brightness of the truth, had brought them into Islam, the habitation of peace, was about to pass from them. No wonder, then, that their eyes became a fountain of tears, and their hearts were heavy and oppressed.

In the agony of distress, almost of despair, one exclaimed: “O Prophet of Allah, thou art ill, thou mayest die, then what is to become of us?”

“You have Al-Qur’an” said Allah’s Messenger.

“Oh, yes, Rasul-Allah, but even with that enlightening book and unerring guide before us, we have had at times to ask from you advice, counsel, and instruction, and if you are taken from us, O Prophet who is there to be our guide?” said the companions.

“But, O Prophet, after you have gone fresh circumstances may arise which could not have arisen during thy blessed lifetime; what are we to do then? And what are they to do who follow us?”

The Prophet slowly raised his illustrious and saintly head, and with the lurid light of prophecy and inspiration shining radiantly from his noble eyes exclaimed: “Allah hath given to every man as a personal monitor, a conscience and as a guide, his reason; then, use them in respect of all things and Allah’s blessing will ever guide you aright.”

The Late Professor Haroon Mustapha Leon, M.A., Ph.D., LL.D., F.S.P., accepted Islam in 1882. He was a Fellow and Honorary Member of many learned societies in Europe and America. He was an able Philologist, and was at that time contributing a series of articles on the “Etymology of the Man’s Language” to the ‘Isle of Man Examiner’. His services to this important branch of science had frequently been recognized by learned bodies. He frequently lectured on scientific and literary subjects before learned and other societies. He occupied the important position of Secretaire-General of “La Societe Internationale de Philologie, Sciences et Beaux-Arts” (founded 1875) and was the Editor of “The Philomathe” a scientific magazine, published from London. Dr. Leon received many decorations from Sultan Abdul Hamid Khan, the late Shah, and the Emperor of Austria.