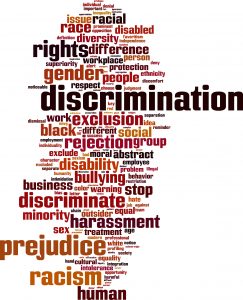 Not only did Islam emphasize the equality principle theoretically, but did it practically

The message of Islam is for the entire human race. According to Islam, Allah is the God of the entire world and the Prophet Muhammad (saw) is a messenger for the whole of mankind. Islam unites the entire human race under one banner without any kind of discrimination. Allah (SWT) says in Surat Al-Hujurat,

“O Mankind! We have created you from a male and female, and made you into nations and tribes, that you may know one another. Verily, the most honorable of you in the sight of Allah is he who has most Taqwa among of you. Verily, Allah is All-Knowing, All-Aware.” (Al-Hujurat 49:13)

With this verse, Islam declares equality among people as one human race, one humanity, that is because Islam respect a human for being a human not for any other reason; Islam does not distinguish between two races, or two groups of people, or between two colors, and the Prophet Muhammad (saw) addressed the people signifying that concept during the last Hajj pilgrimage, saying: “O People! Your God is one; your father is one; no preference of an Arab neither over non-Arab nor of a non-Arab over an Arab or red over black or black over red except for the most righteous. Verily the most honored of you is the most righteous.”

Not only did Islam emphasize the equality principle theoretically, but did it practically in some of the worship acts that translated this principle into a sensible fact that does not escape people minds, thus: in the mosques where Friday prayer is held once every week, as well as the five daily prayers; equality is exercised practically and all the differences vanishes among people. That is, whoever came to the Mosque first, took his place in the front rows despite his financial states or position, and whoever comes late, his place is late and if you look at any row among the prayer’s rows, you would find in that row the rich and poor, the knowledgeable and the one with no knowledge, the Arab and the non-Arab, no differences all the same in sight of Allah (SWT), their direction during prayer, as well as their reveled book, as their Lord is one and also their movements during the prayer following one Imam.

Also in the holy land where the annual Hajj pilgrimage and the Umrah is performed, the equality is even clearer and stronger that is because during prayer people may differ in their clothes but during Hajj pilgrimage and Umrah the Ihram situation oblige everyone to only wear simple white clothes which equates the rich and the poor, the governor and governed, all walking around the Ka’bah asking one lord.

Also, another practical application of equality in Islam is the equality among people in front of the law and regulations. What is allowed is for all people and what is forbidden as well to all people. The obligations are upon everyone, and whoever deserved punishment gets it, regardless.

This is Islam: emphasizing the equality and applying it in the society since 1400 years ago, when during that time mankind used to suffer the worst distinction among people and individuals in society and readied the enslaving of the human to his brother the human. The eradication of racism consciousness is one of the outstanding moral achievements of Islam.

This is the secrete that made Islam and Muslims prevail nations in the past. It is a mistake to think that Islam prevailed only because Muslims like dying in the battles as other like to live. Islam did not prevail through battles only, but because Islam is a completely unique guidance for life, unique in its rituals, beliefs, dealings, and morals and from all with all that the religion of Allah is comprised, and with all that Muslims won and prevailed in the past, and with it Muslims can prevail and rule these days or any other time.