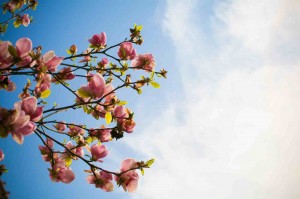 The solution is to embrace the word of tawhid that teaches us that the entire creation is created by Allah and there is a oneness in nature and the universe.

Brothers and sisters, the Prophet used to tell believers who sat on camel backs to dismount and sit down as camels are not chairs, and that many who are ridden may be better than the riders themselves. He meant that because these camels glorify Allah and are subservient to you, they may be much better than you are. Do not abuse them.

Islam is very strict that we should handle everything on the face of this earth with care. Islam and the Qur’an teach that any interaction with those creatures in any way that is not sanctioned by Allah is a project of Satan. Thus disfiguring, distorting, and spoiling Allah’s creation is a project of Satan, so we should not be a party to that. Islam and the Qur’an teach that we are guardians and supporters of the earth. The Prophet said, “Every one of you is a guardian, and will be asked about his subjects.”

The Prophet was extremely sensitive when traveling with his Companions. He used to say, “Do not encroach on the trucks on the habitat of these wild beasts and animals; you are to share the earth with them.” Today we know that every day many beasts become extinct because of that human greed, because of the wastes, and because of the abuse.

So what is currently our responsibility? We are not here to conquer nature. In Islam, there is no such concept of conquering nature. Yes, you can use the resources here that Allah has created. But when using them we have to be responsible. You are to treat Allah’s creation with mercy and gentleness. As Imam Ghazali teaches us, we are not supposed to even cut off a branch of a tree unnecessarily. So how many trees are being destroyed every day?

The time is too short for me to even touch what we should be doing. What are the specific aspects of Islamic ethics on the environment? The root of the problem is man’s reckless behavior. This world of ours which teaches us that we are rivals of nature, and man is baited against man; man is baited against woman and one nation against the other. This kind of war among people is the root of the problem.

The solution is to embrace the word of tawhid that teaches us that the entire creation is created by Allah and there is a oneness in nature and the universe. Let us come back to the Creator. Let us hear the message of Allah and the Prophet to care about it. Islamic teachings are quite firm here.

Another example regarding the use of water, which is precious: The way we use it today implies that we think that there is an unlimited reservoir of water. We should not do that. Even regarding wudu’, the Prophet told us not to take more water than necessary, even if making wudu’ in a running river or lake. Excessiveness (israf) is condemned by Allah and His Messenger.

What do we do now in order to observe this? Muslims have a responsibility for this. We have to accept our responsibility. We will be accountable for it before Allah. The Prophet said that even a tiny unborn that was killed because of human recklessness is going to appear before the Lord of the worlds asking for justice. You and I are accountable if we do not take the necessary steps. Let us reflect on the creation of Allah. Let us find the hand of Allah in everything out there. There is beauty there leading to the source which is Allah. Let us connect with nature.

Today, Muslims have lost their connection with nature. I should make this general saying, because how many of us go out and observe Allah’s creation? How many verses are there in the Qur’an telling us “Do not you look at the camels,” and “Do not you look at the mountain”? Go and see the mountain then, and see aspects of the beauty and majesty of Allah. Go and see oases in the desert; you will see the glory of Allah. Look at the beauty of Allah’s creation. There are beautiful scenes coming out on our planet. This will teach us Allah’s wisdom and glory in creation and the beauty of Allah’s creation. You will be compelled to say ”Glory be to You, Allah. You have not created all this in vain. You have created them in truth and with the truth.” 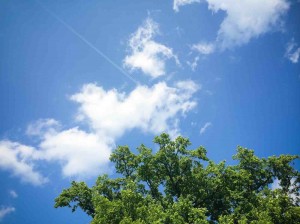 So let us connect with nature. Let us shun this stage, starting with reuse of water. Let us recycle it. This is an important thing. As a Muslim I should be a responsible citizen; it is my religious duty to recycle. And there is so much overuse of paper. If there are ruined or unneeded one-sided papers in your office, please bring them to our office which will reuse it. We have no right to cut trees down so recklessly. What you will bring here we will pay for. May Allah wake us up. Let us not promote products of those companies that endanger this ecological balance, and let us not buy their products. Let us behave in a responsible way. The Prophet taught us, “One of the branches of Iman is to remove the litter from the street.” And he said, “There is a reward for this Ummah.” What then is the reward given for to this Ummah? “For removing objectionable things (filth) from the path of the people.”

Let us pray for our brothers and sisters who passed away.

Let us pray for our brothers and sisters who are sick and suffering.